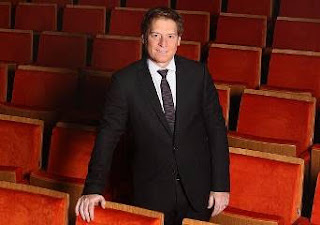 Cleveland – The President of the Board of Trustees of the Musical Arts Association Dennis W. LaBarre today announced that Melbourne Symphony Orchestra Managing Director André Gremillet will succeed current Cleveland Orchestra Executive Director Gary Hanson. At the time of his retirement, Mr. Hanson will have served the institution for more than 27 years, with almost 12 years in his current position.
Dennis W. LaBarre said, “André Gremillet has an impressive artistic background, corporate leadership experience and has successfully enhanced the fiscal health of two symphony orchestras. Our international search firm, Spencer Stuart produced a strong group of potential candidates, several of whom were interviewed extensively, by our Trustee Search Committee. Franz Welser-Möst, Senior Staff and the Orchestra Committee met with André and all had positive reactions. Following those meetings, the Search Committee was unanimous in its decision to offer Gremillet the position. I am delighted that André has accepted our offer and I look forward to working with him to extend The Cleveland Orchestra’s strong record of achievement. Beginning in October 2015, Hanson and Gremillet will work together on transitional matters until Gremillet assumes his full time responsibilities.”
“André’s leadership qualities together with his artistic sensibilities are a great match for The Cleveland Orchestra. I spent a substantial amount of time getting to know André and I’m very enthusiastic about our choice,” stated Music Director Franz Welser-Möst. “Combining the long-term partnership that the musicians and I already have developed, together with André’s international experience along with the extraordinary support and commitment of the Board of Trustees, will help further develop innovative and thoughtful programming as we look to our centennial in 2018 and build into the Orchestra’s second century.”
“I can think of no individual better suited to take the executive reins of The Cleveland Orchestra,” stated Gary Hanson. “I’m confident that André will feel, as I do, that serving this great Orchestra is a true privilege. With his broad experience and record of achievement, André is an ideal leader to pursue ever-greater institutional goals in a time of immense change and challenge for symphony orchestras.”
“The Cleveland Orchestra represents the brightest example of what a great orchestra should be in the 21st century,” stated André Gremillet. “It truly is an honor to be appointed its next Executive Director and to succeed Gary Hanson, who has had a remarkable tenure. I look forward to working with the superb artists that are Franz Welser-Möst and the Musicians of the Cleveland Orchestra, as well as with a Board and Staff who are leaders in the orchestra world to extend the Orchestra’s achievement in musical excellence, commitment to community, and financial strength.”
About André Gremillet
André Gremillet has been Managing Director of the Melbourne Symphony Orchestra since November 2012.  During his tenure, the MSO greatly deepened its engagement with the Melbourne community, resulting in a significant increase in ticket sales and fundraising, and completed a highly successful European Tour with performances at the BBC Proms in London, the Edinburgh Festival, and the Royal Concertgebouw in Amsterdam, among others. Under his leadership, the MSO recently extended the contract of its Chief Conductor Sir Andrew Davis, with whom it has made several critically-acclaimed recordings including the first installment of a Charles Ives orchestral works cycle on Chandos. Other highlights under Gremillet’s tenure also feature initiatives such as the MSO’s Chinese New Year concerts and the introduction of MSO Connect, a partnership between the Orchestra and several of Melbourne’s secondary schools.
From 2007 to 2012, André Gremillet was President and CEO of the New Jersey Symphony Orchestra (NJSO) where his tenure marked a financial turnaround for the organization. Under Gremillet’s leadership, the NJSO appointed Jacques Lacombe as Music Director, strengthened its Board of Trustees, and greatly increased its national visibility and artistic reputation.
Prior to joining the NJSO, Mr. Gremillet served for four years as President of the internationally-renowned pipe organ building company Casavant Frères. A native of Québec, Canada, and a conservatory-trained pianist, André Gremillet holds a Master’s degree from the Mannes College of Music and an MBA from McGill University.
About The Cleveland Orchestra
As it nears the centennial of its founding in 2018, in partnership with Music Director Franz Welser-Möst, The Cleveland Orchestra is undergoing a renaissance. Acknowledged as among the world’s best, its musicians, staff, board of directors, volunteers, and hometown are working together on a set of enhanced goals for the 21st century – to develop the youngest audiences of any orchestra; to renew its focus on fully serving the communities where it performs through concerts, engagement, and music education; to continue its legendary musical excellence; to build on its tradition of community support and financial strength; and to move forward into the Orchestra’s next century with a commitment to diversified programming. The Cleveland Orchestra divides its time each year across concert seasons at home in Cleveland’s Severance Hall and each summer at Blossom Music Center. Additional portions of the year are devoted to touring and to a series of innovative and intensive performance residencies. These include an annual four-week residency in Miami, a biennial residency at Vienna’s Musikverein, and appearances at Switzerland’s Lucerne Festival, New York’s Lincoln Center Festival, and Indiana University. www.clevelandorchestra.com.