You are at:Home»Classical Music»Newswire | OSM Unveils Its 2022-23 Season
Advertisement / Publicité

Montreal, May 31, 2022 — The Orchestre symphonique de Montréal is thrilled to announce its 89th-season programming, marking the first season under the OSM’s new Music Director Rafael Payare. The accent is on dynamic programming imbued with a spirit of togetherness and focused on OSM core values, which the Maestro fully embraces: the importance of community, the mission of education and the value of artistic creation. Highlights will include 4 world premieres, 17 concerts for young audiences, and a spotlight on choral singing to emphasize connectedness. In total, musicians will give over 100 concerts at the Maison symphonique and at Bourgie Hall, joined by some 50 guest soloists and conductors.

“I am touched by the kindness and warmth I have received since I arrived and have great confidence in our shared future with the Orchestra. This season is especially meaningful, since we have built it to allow everyone to rekindle that lost enjoyment of concerts fully invested with a human presence, welcoming and gratifying for the senses.”
— OSM Music Director Rafael Payare

Rafael Payare will conduct some twenty concerts at the Maison symphonique this season, including a full-scale season-opener featuring the world premiere of a work by Thomas Larcher, followed by Gustav Mahler’s monumental Symphony no. 2, “Resurrection.” This concert also kicks off the OSM’s Mahler cycle, which extends over several seasons and will regale audiences with the composer’s complete symphonies and major vocal works. The cycle continues in the spring with his Symphony no. 5, whose opening funeral march evokes life’s fragility, and to close the season, his Symphony no. 3.

Keen to progressively integrate works of Latin American origin in the Orchestra’s repertoire, Rafael Payare will conduct the Cantata Criolla by Venezuelan composer Antonio Estévez. Subtitled “The one who sang with the Devil,” this work will be heard in a triple program that also includes Strauss’ Don Quixote with cellist Alisa Weilerstein and the world premiere of Melina by OSM Composer-in-Residence Ana Sokolović.

OSM Conductor Emeritus Kent Nagano, a figure dear to the hearts of Montreal music lovers, will be back at the Maison symphonique for a series of two concerts. In November, the Maestro will offer an evening of Mozart and Schubert, while in February, he will conduct Tchaikovsky’s Piano Concerto no. 2 with French pianist and gold medallist of the 2019 Tchaikovsky Competition Alexandre Kantorow, who makes his debut with OSM.

After her OSM debut in 2021, Finnish-Ukrainian conductor Dalia Stasevska returns to lead the Orchestra in Sibelius’ Symphony no. 6, Sofia Gubaidulina’s The Light of the End as well as Chopin’s formidable Piano Concerto no. 2. Montrealer Bruce Liu, grand prize winner of the 18th International Fryderyk Chopin Piano Competition in 2021 and of the OSM Competition in 2012, is the guest soloist for these concerts.

British conductor Ben Palmer will conduct two evenings dedicated to the music of John Williams, for both film (Harry Potter, Star Wars, among others) and concert. This is a special opportunity to discover the many sides of Williams’ abundant repertoire. 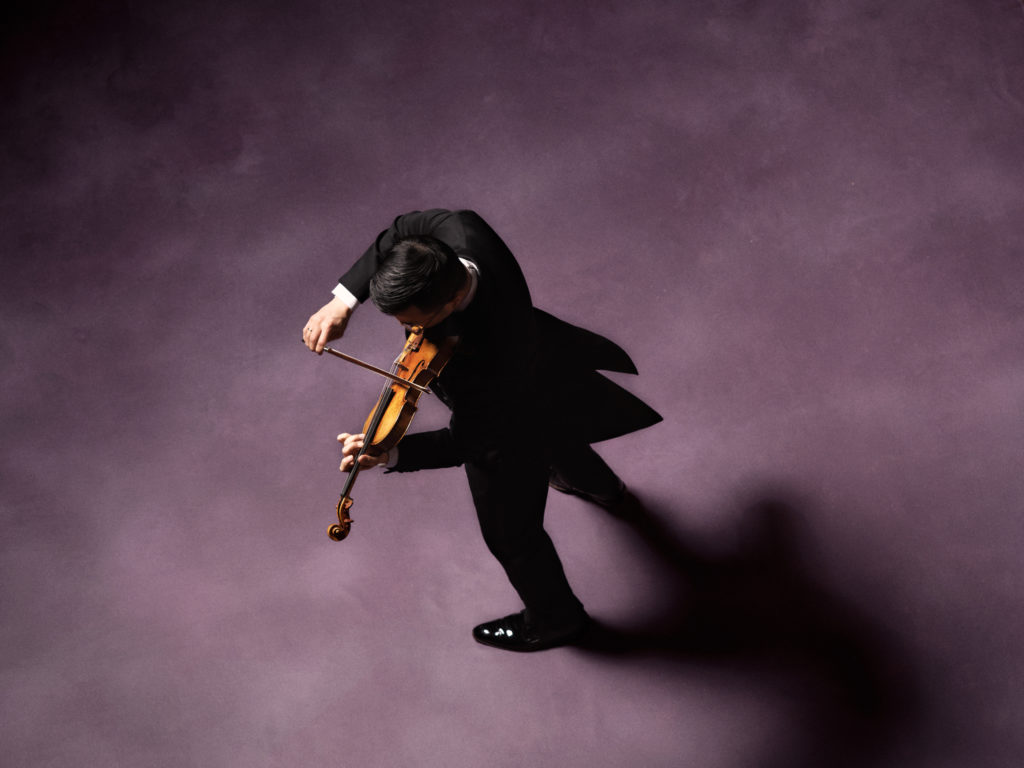 Photograph of Andrew Wan (image courtesy of the OSM)

AN ABUNDANCE OF CHORAL WORKS (Especially during the holidays!)

The entire season will be interspersed with choral works: in addition to Mahler, Mendelssohn and Estévez, Bernard Labadie will return to conduct Haydn’s The Creation. The month of December will mark continuity with the Orchestra’s holiday tradition of celebrating togetherness with large-scale concerts. First, Rafael Payare will conduct the grand-scale but heartwarming family event during which the audience can join their voices to the OSM Chorus and the Petits Chanteurs du Mont-Royal in holiday classics. At the end of December, Leonardo García Alarcón pays his visit to the Maison symphonique to conduct an evening dedicated to Bach, with a program of excerpts from the Christmas Oratorio and the Cantata BWV 29 (Wir danken dir, Gott, wir danken dir), with soprano Marie-Sophie Pollak and the OSM Chorus.

Each year, pop artists from near and far share the stage with OSM musicians for some truly distinctive and memorable concerts. Some of these artists have forged special connections with the Orchestra, and the public has asked for more performances by them. They include Les Cowboys Fringants, back at the Maison symphonique for a third time under the direction of Simon Leclerc, whose symphonic adaptations are also a highlight of these events! In addition, hear Dominique Fils-Aimé and, joining the Orchestra for the first time as a guest artist, Elisapie, performing an unprecedented concert conducted by Dina Gilbert. Singing arrangements by Blair Thomson, choristers from the program Y’a du monde à messe will also mount the stage for an emotion-filled evening. 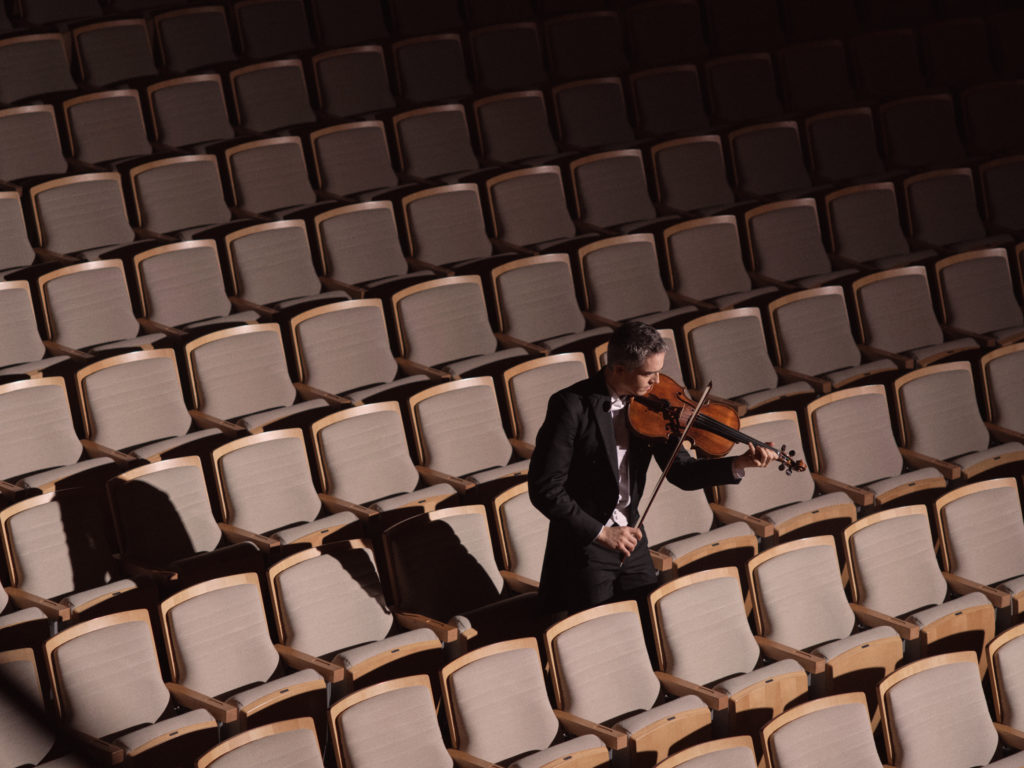 Photograph of Victor Fournelle-Blain (image courtesy of the OSM)

The Grand Orgue Pierre-Béique resounds anew in captivating events inspired by film, contemporary music, and theatre. Back in the limelight is Organ & Improv, Opus 2, in which actors and musicians face off, right on stage, in an improvisation match. For our Music and Film evening, the silent film The General (1926) by Buster Keaton will be paired with live improvisation at the organ by James Kennerley. The Organ series also receives Iveta Apkalna in a recital of music by Bach and Glass.

TOUR OF THE UNITES STATES

After touring Korea and Europe, this season the Orchestra will embark on its 58th tour in the spring of 2023, heading to the United States, with stops in Washington and New York City. The OSM had been slated to perform at the prestigious Carnegie Hall in March 2020 and is, therefore, excited to take the stage of this legendary venue for its 45th concert there on March 8, 2023, after an appearance at the Kennedy Center in Washington (March 6). Led by Rafael Payare, the Orchestra will perform Dorothy Chang’s Precipice, Bartók’s Piano Concerto no. 2, BB 101, and Mahler’s Symphony no. 5. Virtuoso pianist Yefim Bronfman will join the Orchestra on this tour.

THE OSM CONTINUES ITS EDUCATIONAL MISSION

Rafael Payare wholeheartedly pursues the OSM dearly held mission of accessibility to music by young people. This season will offer a total of 17 concerts for young audiences: 12 school matinees, 3 family concerts as well as the final round of the OSM Competition (piano edition) in November, when for the first time, finalists will be accompanied by the Orchestra.

In the Children’s Corner series, families can discover The Mathematics of Music in a concert staged by Martin Gougeon. Who isn’t familiar with the famous story of Pinocchio? The Orchestra, led by Adam Johnson flanked by actors Lionel Rougerie and Samoel Verbecelte relate the wooden puppet’s adventures in this concert where sticks and bows will grow to the sound of music by Bizet, Debussy, Gounod and Kosma.

“The OSM is launching its 89th season! Our pride in this long-standing partnership continues to grow. At BMO, we’re always excited to discover a new season’s programming. The renowned excellence the OSM delivers season after season means its 2022-2023 programming promises to live up to its well-deserved reputation. And we’re especially thrilled to officially welcome its new music director: Rafael Payare,” said Claude Gagnon, President, BMO Financial Group, Québec.

THE OSM WISHES TO THANK ITS PARTNERS, SUBSCRIBERS AND AUDIENCES

Contributions from the Orchestra’s public partners are essential to its operations. The OSM wishes to acknowledge its main public partner, the Conseil des arts et des lettres du Québec, as well as the Canada Council for the Arts, the Government of Quebec, and the Conseil des arts de Montréal.
The OSM is proud to have the support of its loyal sponsors, and gratefully acknowledges its Presenting Sponsor, Hydro-Québec, as well as its Season Presenter, BMO Financial Group.

The OSM is likewise grateful to its other partners and donors, as well as to its subscribers and audiences, who in many different ways provide essential support to its activities.