Melody McKiver is a vivacious and brilliant Anishinaabe artist, cultural activist and arts educator. She is a member of the Lac Seul Obishikokaang First Nation on her mother’s side. Her father comes from a family of Scottish/Lithuanian settlers.

Holder of a master’s degree in ethnomusicology from Memorial University in Newfoundland (2014), McKiver is especially interested in indigenous electronic music and the urban Indigenous scene. Art processes that support and favour decolonization and the concept of bi-spirituality are other great sources of inspiration. This versatile musician has learned classical violin and viola and played and recorded contemporary classical, folk, hip-hop, funk and reggae. She is also a pow-wow traditional dancer. 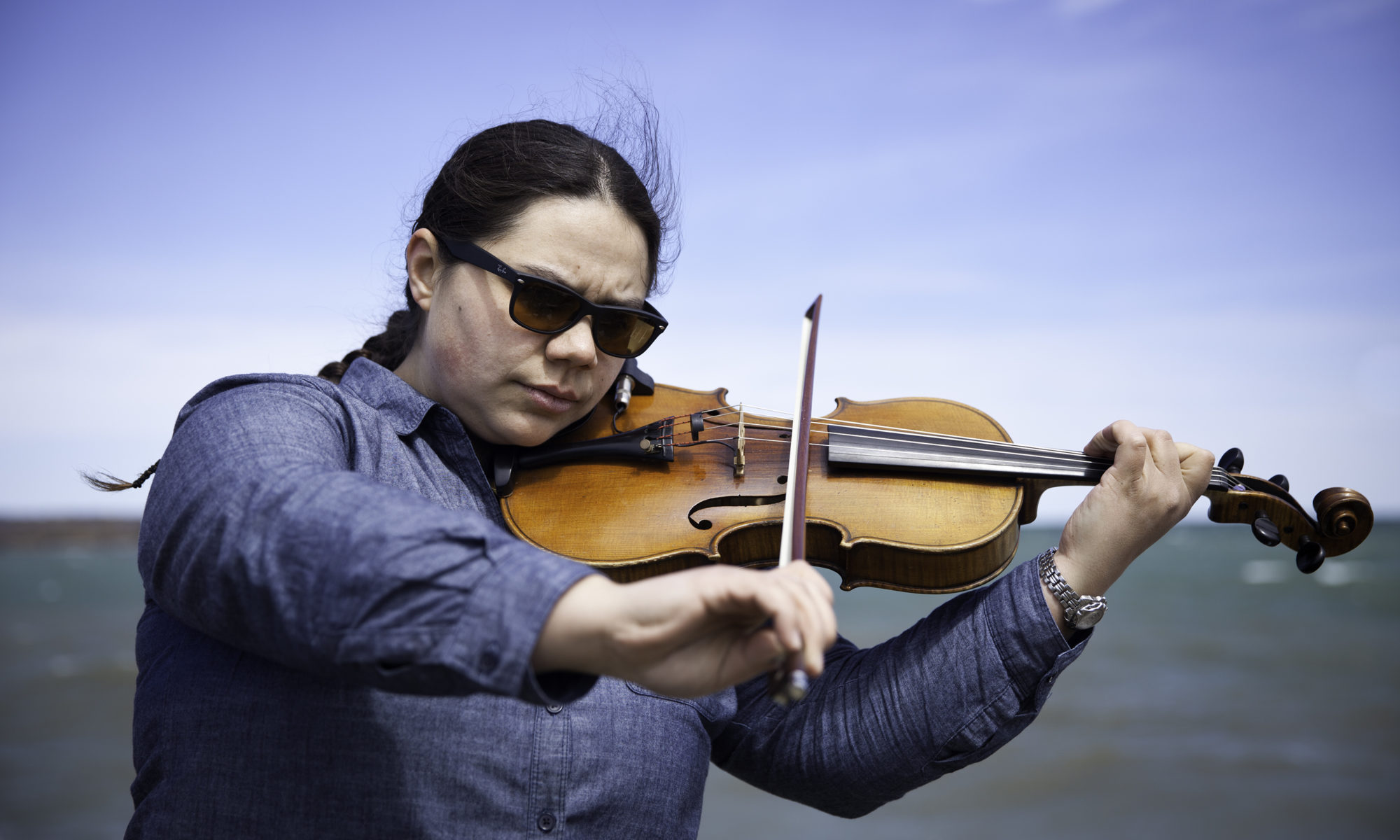 McKiver plays drums with Red Slam Collective, an Indigenous hip-hop group from Toronto, and regularly collaborates with Colombian-born Lido Pimienta and Irish singer isKwéet, whom she accompanied on a tour of the UK. As a solo performer, she explores the range of the viola’s possibilities, incorporating looping effects through a pedal and a laptop. She and Lakota hip-hop artist Frank Waln are part of the Toronto group Bold, which is dedicated to the promotion and intersection of Indigenous musicians and musicians who are people of colour.

Last December, she released the mini-album Reckoning, which was assembled from the soundtrack of an eponymous theatrical performance produced by the Article 11 Aboriginal art collection. In February, at the 2018 Megaphone conference in Ottawa, McKiver was invited by Rosanna Deerchild, host of the radio program Unreserved on CBC Radio, to be a member of the panel. Last month, McKiver was in Montreal as part of the Festival Vue sur la Relève. www.melodymckiver.com