Defining what jazz is has always been one of the most elusive pursuits. Disagreements and controversies still abound, but no one calls into question  its most fundamental trait: improvisation. This native American music undoubtedly breathed new life into a musical practice much denigrated in large pockets of Western culture.

But it would be rather superficial to claim that jazz is something of a yang to the yin of classical music simply on the merits of its spur-of-the-moment inventions. Instead, it has much to offer on the compositional side of the ledger. From Jelly Roll Morton onwards, the writing of jazz music has evolved tremendously over time, achieving levels of sophistication neighbouring those of today’s through-composed new music scores.

Interestingly, if not paradoxically, improvisation has enabled this development. On the one hand, it was never imperative to notate everything, from phrasing articulations to dynamic markings, and it remains a common practice to allow openings for players to take solos, individually or collectively. On the other hand, there are some practical considerations to actually provide all of the above elements in a jazz chart. 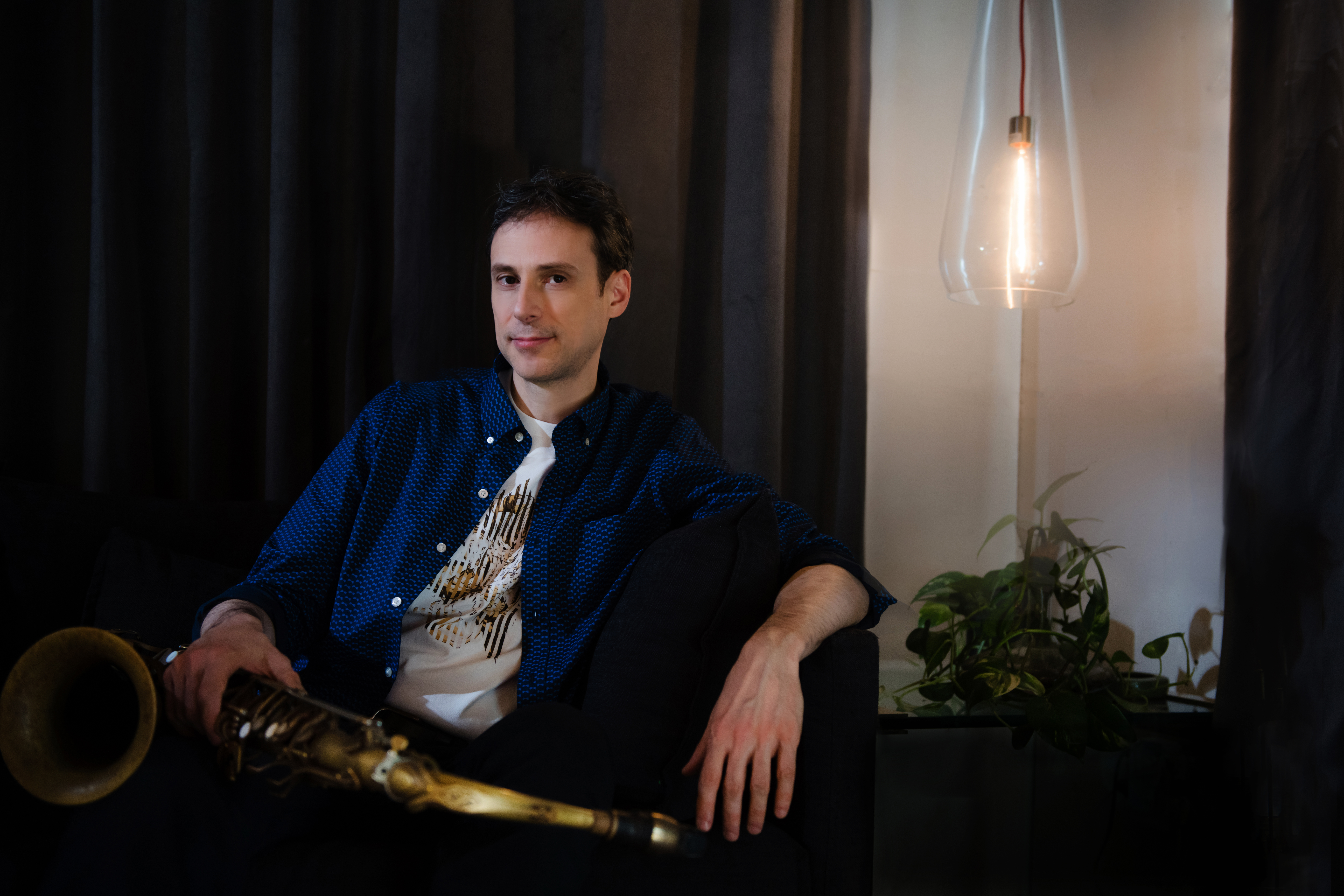 On this topic, Canadian native saxophonist and longtime New York resident Quinsin Nachoff is of the opinion that a balance has to be struck between a more rigorous approach to writing and a somewhat looser one: “Improvisers can make amazing music without having to read a note. To me, it’s more about setting up an interesting overarching narrative where players are cast in new situations. My goal then is to explore different ways of moving back and forth between the composed and the improvised, so that the two blur and result in something fluid and organic.”

“When it comes to the degree of composing,” Nachoff continues, “it depends on who you are dealing with. Classical musicians are used to having a very detailed roadmap, so I have to be very precise. Jazz musicians, in contrast, want to personalize the music more, so I will let them do that, except if I want something very specific, then I will write accordingly.” 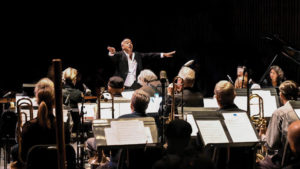 Nachoff is one such composer with hands-on experience in both genres, and his latest recording (see review) is proof of that. Ditto for John Korsrud, a Vancouver-based trumpeter and leader of his own ensemble, the Hard Rubber Orchestra. In his case, he was mentored by the most prominent living Dutch composer, Louis Andriessen. Although Korsrud listened to plenty of orchestral jazz in his youth, he turned his attention rapidly towards 20th Century music and further expanded his own horizons. Nowadays, he admits to being closer to the musique actuelle aesthetic, with its borrowings from all sorts of musics, experimental and otherwise. However, the instrumentation of his ensemble has all the earmarks of a jazz big band with its neatly divided brass, reeds and rhythm sections.

“There are reasons to compose and reasons to improvise,” Korsrud explains. “I definitely have improvisation as part of my pieces, but it is needed to create music that cannot be written down. Musicians, you see, do play things that escape notation. Could you ever imagine writing down something that the John Coltrane quartet did and ask someone to redo it? Not sure if you could, and if you did, it would require months of work to nail it. On the flip side of the coin, Beethoven’s Fifth surely could not have been made up on the spot.” 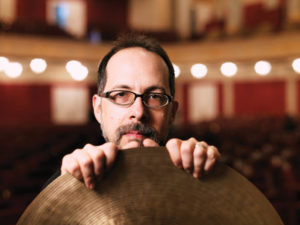 In contrast to earlier days, the gap between the classical and jazz idioms has narrowed considerably. This is attributable in no small part to the better schooling of jazz musicians and, to a lesser degree, to a willingness of classical musicians to look away from the page.
But there are still some obstacles. Drummer and composer John Hollenbeck, for one, believes that improvisation continues to be a stumbling block in the classical world. In his view: “Improvisation came back in classical music because of its use in jazz, but words like ‘aleatoric’ or ‘chance’ were used instead, and some contend this was a way for it to keep its own music ‘Europeanized’ as per its own ‘white’ bias. Nor can we escape the fact that the i-word continues to intimidate those who have never practised it, which may have discouraged composers from allowing it to happen within their works.”

Another sticking point in Hollenbeck’s view is that “as a music from the African diaspora, jazz falls ‘in the gaps’, which poses some problems of codification. It also has a distinct rhythmic concept that relates to dance and grooving, a notion totally foreign to classical music. Jazz musicians have a feel for that, and their experiences are such that they can often work without a conductor, unlike symphonic players. Drummers are really the conductors of jazz groups, and that offers quite a different perspective for the composer.” 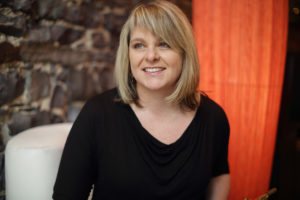 Like her contemporaries, saxophonist Christine Jensen has formal musical training, but her relationship to classical music started on the
piano at a young age. Jazz was also part of her upbringing, her mother being an enthusiast and music teacher, but it really took hold of her when she found her voice on the saxophone. Composition would evolve out of her studies, at first in listening to how midsize groups like the Jazz Messengers would create an orchestral sound, then moving on to larger groups, such as her own and the ONJ-Montreal. Her involvement in this area is such that she is a member of the International Society of Jazz Composers and Arrangers.

“There was a time, I used to expand pieces written for my small groups for larger ones”, Jensen says, “but now I write differently for each, more minimal for the first and more specific for the other. Nowadays, I want to see how far I can go with my composing without having to bring in improvisation. I might be closer now to an idea of through-composition that achieves a balance between character development through the written material and the use of important jazz elements like improvisation and the use of rhythm.”