In November, the Schwarz-Bournaki Duo won first prize at the annual Boulder International Chamber Music Competition’s “Art of the Duo” in Boulder, Colorado. The competition celebrates the duo with piano, an intimate chamber genre that is often overshadowed by the string quartet and piano trio. This year, the competition received over 150 applications from 25 countries, with 22 ensembles making the semi-finals. The Schwarz-Bournaki Duo is American cellist Julian Schwarz and Canadian pianist – and native Montrealer – Marika Bournaki, who made her professional debut at age 11 with Beethoven’s Piano Concerto No. 1 under Yannick Nézet-Séguin. The prize includes $7,000 for the winning duo, as well as a recital in the 2017–18 Boulder Bach Festival and other performance engagements. 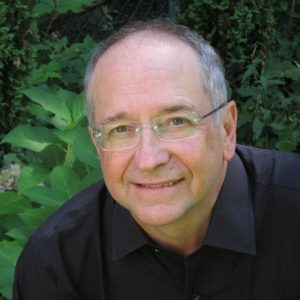 Peter Schubert, Schulich School of Music theory professor and music director of the Montreal Orpheus Singers and the now defunct VivaVoce Renaissance ensemble, has received McGill’s Lifetime Achievement Award for Leadership in Learning. The award “recognizes sustained excellence in leadership and innovation, as well as the active integration of teaching and learning with inquiry, scholarship and research.”

Carleton University in Ottawa conferred an honourary Doctor of Music on pianist, pedagogue, and musicologist Elaine Keillor for her contributions to Canadian and Indigenous music. Keillor, a Distinguished Research Professor Emerita at Carleton, was also appointed to the Order of Canada in 2016.

After a series of nine concerts across Canada, the Ensemble contemporain de Montréal (ECM+) crowned the winners of the Generation2016 Tour. The Generation National Jury Award – a commission from ECM+ and a $5,000 grant – was awarded to Alberta’s Taylor Brook for Tirant lo Blanc, while the Generation National Audience Choice Award – a $1,500 grant voted on by the audience over the course of the tour – was awarded to Sabrina Schroeder for Bone Games – shy Garden.

The Orchestre symphonique de Montreal (OSM) has won the coveted Diapason d’or 2016 in the “Opera Recording” category for their complete recording of L’Aiglon by Honegger and Ibert with Decca. Conducted by Kent Nagano, the remarkable disc features Anne-Catherine Gillet, Marc Barrard, Étienne Dupuis, Philippe Sly, Marie-Nicole Lemieux, and many more superb Canadian vocalists. The complete list of Diapason d’or 2016 laureates will appear in the December issue of Diapason. 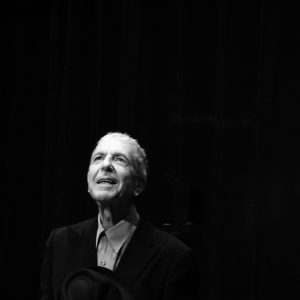 Leonard Cohen (1934–2016), the celebrated native Montreal singer-songwriter and poet perhaps best known for his song “Hallelujah,” passed away peacefully in Los Angeles in early November at the age of 82. He was buried in Montreal. Many artists, including fellow Montrealer Rufus Wainwright, have given tribute to the late singer. Since his passing, album sales and music streaming of his works are up over 400% and there are waiting lists for his final album, You Want It Darker, which was released on October 21.

Pauline Oliveros (1932–2016), composer and accordionist has died at the age of 84. Oliveros, an electronic music innovator, invented the concept of “deep listening,” which emphasized the difference between hearing and listening. In addition to writing several books and recording five albums, she founded the Deep Listening Institute at Rensselaer Polytechnic Institute in New York state (now the Center for Deep Listening), where she was the ­Research Professor of Music.

The Concours musical international de ­Montréal (CMIM) announced that the 2018 vocal competition – held May 27 to June 7, 2018 – will feature two divisions: art song and aria. Candidates may compete in both ­divisions, which are assigned the same amount of prizes, grants, and awards, totalling over $260,000.

Yannick Nézet-Séguin and the Orchestre Métropolitain have announced their first-ever ­international tour. Between November 23 and December 4, 2017, the orchestra will perform seven concerts in six European cities ­(Dortmund, Cologne, and Hamburg in ­Germany, Amsterdam and Rotterdam in the Netherlands, and Paris in France). The tour will feature Marie-Nicole Lemieux, cellists Stéphane Tétreault and Jean-Guihen Queyras, and pianist Alexandre Tharaud, as well as works by Quebec composers.