TORONTO – For the first time since the pandemic began, a concert hall in Ontario saw a nearly full house of fully-vaccinated patrons sitting side by side without social distancing, albeit all wearing masks. This was the scene on Oct. 16 at Toronto’s Koerner Hall, where the Royal Conservatory of Music presented its Season Gala: Follies in Concert. This concert was originally scheduled for last October to mark composer Stephen Sondheim’s 90th birthday in 2020.

Follies in Concert featured an all-Canadian cast of powerhouses in the musical theatre world: Cynthia Dale, the grand dame of the Stratford Festival, was aptly cast in the lead role of Phyllis, bitter about her unhappy life with a husband she does not love. She dazzled with her beguiling voice and dance moves, especially in the signature numbers “Could I Leave You?” and “The Story of Lucy and Jessie.” 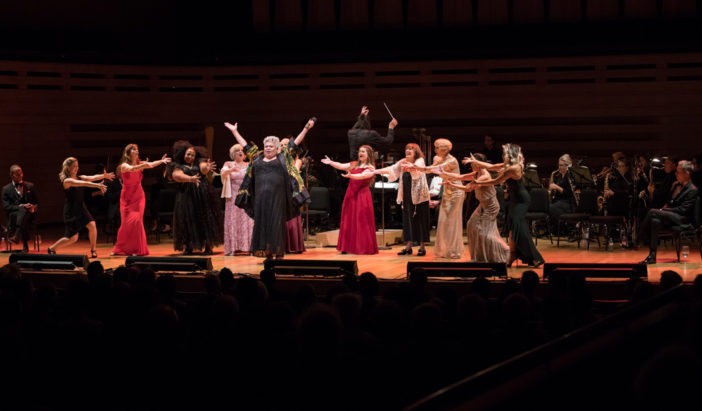 Ma-Anne Dionisio, the original Canadian Miss Saigon, was the other female lead as Sally, who yearns for Ben, her old love. Her sweet voice is reminiscent of a young Kim in her most iconic role, always leaving the audience yearning for more. Playing Sally’s husband Buddy was Eric McCormack, an actor best known for his role in the TV series Will & Grace. His comical portrayals were especially effective in his rendition of “The Right Girl.”

It would have been nice to see more emotion in Marcus Nance, who played Phyllis’s husband Ben. Although he has a honeyed bass-baritone voice, his acting was rather stiff. One highlight in the first half was Charlotte Moore as Carlotta singing “I’m Still Here,” with her equally mighty voice and theatrics.  Another highlight was a lovely duet in the second half with the queen of classical-music comedy, Mary Lou Fallis, as Heidi, opposite Katelyn Bird, a promising soprano as Heidi’s younger self. 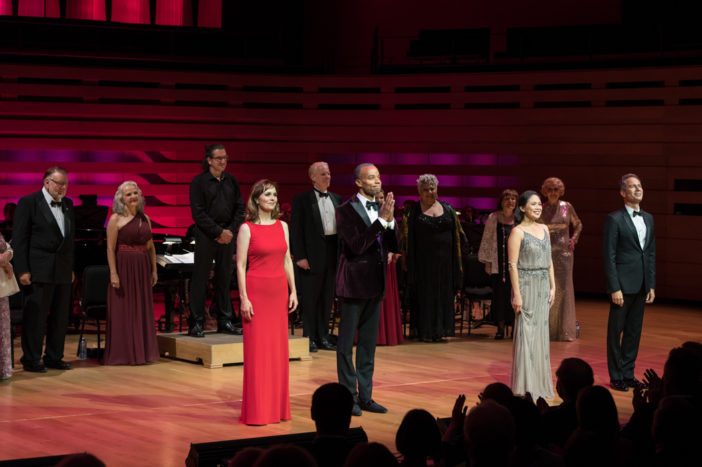 The remaining cast of veterans – Jackie Richardson, Lorraine Foreman, Denise Fergusson, Jenni Burke, Avery Saltzman and Roger Honeywell – had various supporting roles, and their reunion on stage had the feeling of old friends having a grand time together. Honourable mentions go to Gabriel Antonacci, Tess Benger, Andrew Broderick and Kimberly-Ann Truong, who played the younger versions of the leads. It seemed the females outshone their male counterparts in vocal chops.

Perhaps the most famous artist, tenor Ben Heppner, turned out to be the biggest disappointment, as the role of Dmitri is not a singing part. It would seem that Heppner is not coming out of retirement after all! Nevertheless, the standing ovations and rock-concert cheers were clear indications that live music was back.

As director Richard Ouzounian put it: Follies is about survival. It is also about finding the truth and learning to live with it. Those are two things we all understand and appreciate now more than ever. Four pandemic waves later, we can proudly declare in the words of one of the show’s songs, “I got through all of last year, and I’m here.”