You are at:Home»Scena Arts»Theatre»The Living End – a review of Mansa Ra’s “…what the end will be”
Advertisement / Publicité

REVIEW: of the Roundabout Theatre Company’s production of Mansa Ra’s new play …what the end will be at the Harold and Miriam Steinberg Center for Theatre in the Laura Pels Theatre (111 West 46th Street in New York City); through July 10, 2022 (viewed here July 6).

Fatherhood, sexuality, gender identity, black masculinity, and end-of-life care are among the hefty themes woven into the fabric of Mansa Ra’s new play …what the end will be.

The wonder is that the resulting drama boasts such warmth, humor and lightness of touch.

Where the End Will Be

Set almost entirely in the living room of a luxe, modern Atlanta mini-mansion, …what the end will be centers on a domestic ménage comprising an affluent black corporate professional, Maxwell Kennedy; his father, Bartholomew Kennedy, wheelchair-bound and in the advanced stages of an almost certainly terminal bone cancer; and Maxwell’s high-school-age son, Tony.

The basic structure of the play is a familiar one. This is essentially standard-fare American domestic dramedy – generational frictions and resentments and bids for affection all played out on a unified familial field. But Ra’s innovation here is his use of so mainstream a dramatic template as the palimpsest on which he inscribes a tale with a strikingly new twist.

All three of these Kennedy men are gay. 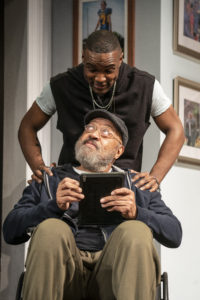 Maxwell is from the outset clearly a Type A personality beset by demons. His anxiety over his position at the fulcrum of the three generations represented in his household is at the heart of the play’s action. Maxwell is both in denial of his father’s impending death, and in opposition to his son’s all-too-woke comfort with his own sexuality. Indeed, homosexuality proves not only a binding trait for the three Kennedys, but a locus of dissonant cultural divergence among them as well.

Bartholomew came out in an earlier and far less sympathetic era, only discovering his same-sex preference following the death of his wife. Yet for him, memories of his subsequent charmed life with a faithful soulmate glow in a heroic and golden end-light.

Maxwell’s more recent conversion and self-outing, by contrast, appears to have been achieved under far less idyllic circumstances. Having made a cynical feint to deny his proclivities and play straight, he paid the price of a failed marriage, an unseemly divorce and a growing dependence on alcohol.

Finally, while the strapping and athletic Tony is modishly unconflicted as to his essential sexuality, he nonetheless harbors ambivalence toward his attraction to a flamboyant, gender-bending classmate, Antoine.

Rounding out the cast of characters is Maxwell’s white husband, Charles, who functions as a buffer and mediator amid the Kennedy clan’s clashes, and Bartholomew’s resolutely compassionate nurse-caregiver, Chloe. 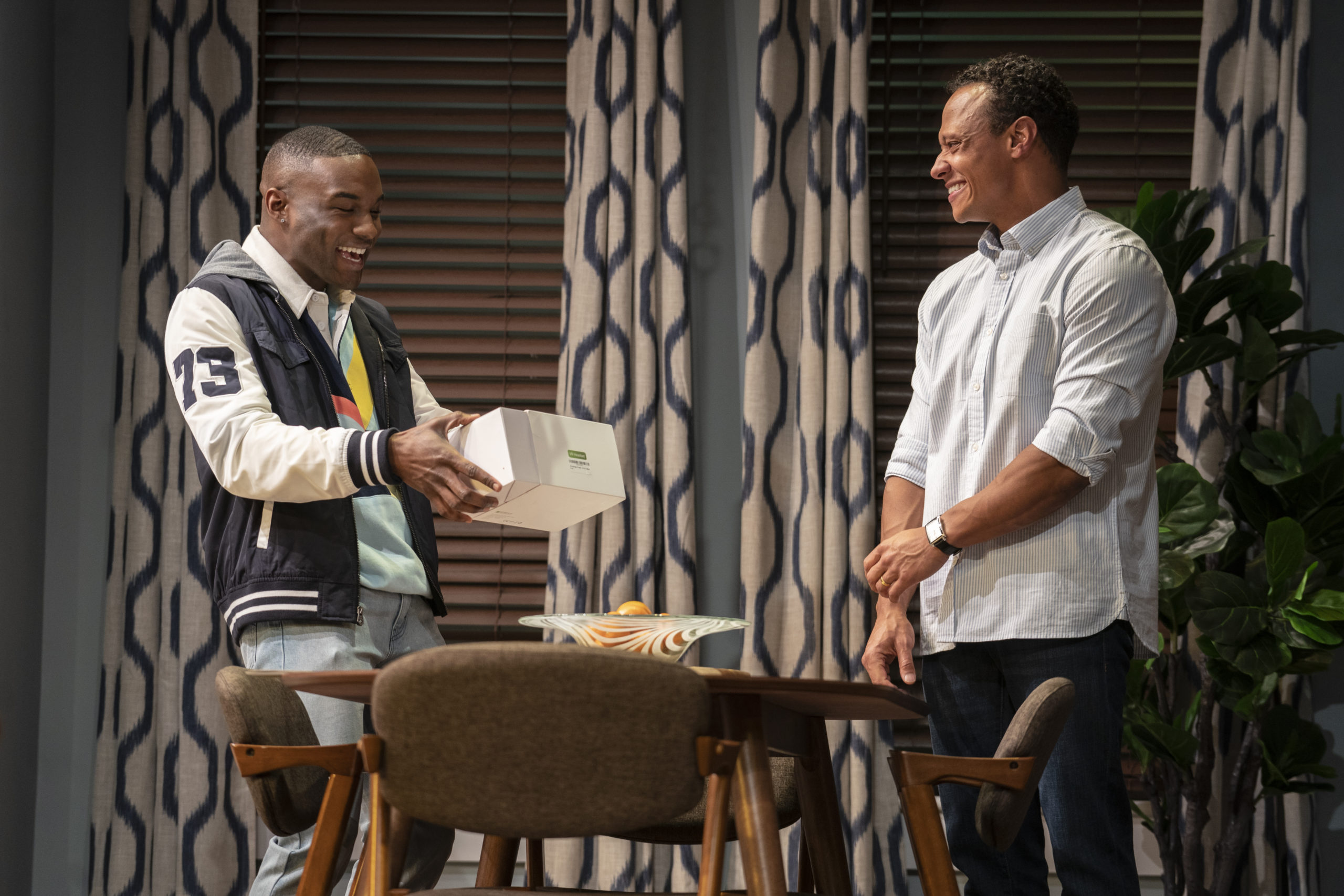 Means to an End

The cast is pitch perfect. As Maxwell, Emerson Brooks creates a powerful and virile portrayal of a man both in control and in turmoil. Keith Randolph Smith brings heartbreaking authenticity to the role of the dying patriarch, Bartholomew. And Gerald Caesar as the youngest Kennedy, Tony, proves spry, bright and charming. 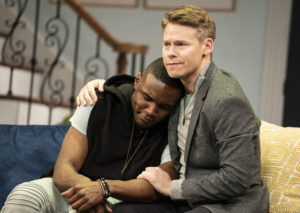 (L to R) Gerald Caesar (Tony Kennedy), Randy Harrison (Charles) in …what the end will be; photo: Joan Marcus

Caregiver Chloe is played by Tiffany Villarin with every grace note in the right place. Maxwell’s husband, Charles, is played by Randy Harrison with understated wit and amiability. Finally, as Antoine, Ryan Jamaal Swain offers a deliciously colorful and uninhibited star turn.

Director Margot Bordelon has succeeded in rendering with clarity and precision the contours and tonal transitions of Ra’s script. The lovely and realistic modernist set is the work of designer Reid Thompson. Effective minimalist ostinato gestures in the incidental score by composer/sound designer Palmer Hefferan provide a subtle extra touch, as does the lighting by designer Jiyoun Chang.

What the End Means 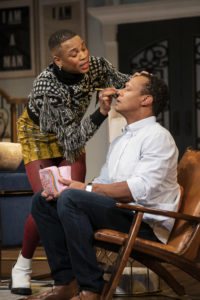 (L to R): Ryan Jamaal Swain (Antoine), Emerson Brooks (Maxwell Kennedy) in …what the end
will be; photo: Joan Marcus

As for the title, …what the end will be would appear primarily to be a literal reference to Bartholomew’s coming end; but the phrase also resonates with a brighter if tentative optimism about the prospect for ending the plague of self-doubts, self-limitations and internalized contempt that bedevil many gay men especially in the black community.

The Roundabout Theatre Company’s production of Mansa Ra’s …what the end will be plays only through Sunday, July 10 at the Harold and Miriam Steinberg Center for Theatre in the Laura Pels Theatre. More information and tickets for the final performances of …what the end will be can be accessed at: www.roundabouttheatre.org