You are at:Home»Classical Music»Classical»Conductor Brian Law: A Musical Adventurer Returns

“He did remarkable things,” says Julian Armour of Ottawa’s pioneering choral music conductor Brian Law. “He probably made a greater contribution to music in this city than anyone else in its history.”

That’s no idle assessment, coming as it does from the founder of the original Ottawa Chamber Music Society and the Music and Beyond festival, and himself one of the capital’s most influential classical-music shapers. But Armour’s esteem for Law is well-founded.

On a personal level, Law is responsible for one of Armour’s most important early professional opportunities, having offered Armour a place in the renowned Thirteen Strings chamber orchestra, a group in which he continues as principal cellist to this day.

But it’s Law’s broader accomplishments, transforming Ottawa’s classical music landscape from the mid-1960s through 1990, that really warrant superlatives, and justify the enormous tribute concert Armour is mounting at Ottawa’s Dominion-Chalmers United Church on July 17 as part of this year’s Music and Beyond festival – a gala homecoming at which Law himself will conduct a program based on his own long and estimable curriculum vitae.

“It’s the most challenging thing I’ve ever pulled together,” Armour says. “But I have only one goal: to make sure it’s the most fantastic thing he’s ever been involved with.”

Law first arrived in Ottawa from his native England in 1965, a newly-minted graduate of the Royal College of Music, barely 22 years old. “I was looking for a career,” he says. “I thought it was going to be based on church music. But the thought of doing more Messiahs in England was just absurd.”

Of course it wasn’t really Messiah – or even church music writ large, for that matter – that had Law restive, but an inchoate disdain for the staid musical praxis and generally circumscribed career prospects in England. “I didn’t want to be in the English system,” Law says. “I really wanted to try somewhere else.” 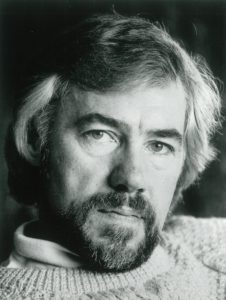 As a youth, Law played jazz piano in Brighton, forming a combo with which he performed during holidays from the Royal College. He once provided impromptu accompaniment for Cleo Laine, and even worked as a cruise ship pianist on several voyages from England to Montreal, where he sampled jazz performances by the likes of Dave Brubeck and Erroll Garner in clubs along St. Catherine Street. “That’s what got me interested in North America, I think,” he says.

One detects a touch of the displaced 18th-century adventurer in Law – a charming hint of picaresque, Henry-Fielding-style wanderer – as he chats from his current home outside Christchurch, New Zealand, where Law has lived since 1990. (He traveled there to interview for a conducting job he never expected to accept, and fell in love with the country.)

But Ottawa in 1965 was a chance destination for Law, after he failed to secure a job in Toronto – “the best thing that could have happened to me,” he says. Canada’s Centennial was on the horizon; the new National Arts Centre was in its planning stages. “It was a perfect time for me. I was very lucky.”

In short order, Law took over the St. Matthew’s Church men’s and boys’ choir, professionalizing their performance standard to a level comparable to that of collegiate choirs in Britain. He accomplished the same with the affiliated mixed-voice Cantata Singers of Ottawa, whom he subsequently established as the de facto choir-in-residence with the newly-formed National Arts Centre Orchestra, founded in 1969. Law went on to conduct and serve as chorus master for NACO’s celebrated summer opera festivals, working on productions that showcased vocalists such as Marilyn Horne, Samuel Ramey, Jon Vickers and Frederica von Stade.

“It was such a tremendous time for me as a young musician,” Law says.

In turn, Law’s exacting standards seem to have been a propitious influence on the talents and careers of many young artists whom he conducted. Operatic bass-baritone Gerald Finley, keyboardist and composer Paul Halley, and countertenor Daniel Taylor were all youthful choir members whom Law cultivated. Law still cherishes continued personal and professional friendships with each of them (Law is godfather to Halley’s first daughter), and he still fondly recalls the early promise he saw in them all.

Indeed, both Halley and Taylor have signed on among the legion of forces Julian Armour is assembling for Law’s July 17 Music and Beyond concert. A large contingent of Cantata Singers alumni will be on hand, as will the Thirteen Strings and members of the National Arts Centre Orchestra. Halley will perform an organ improvisation (“He is one of the world’s great improvisers,” says Law); Taylor will sing “Where’er you walk” from Handel’s Semele; and Law himself will conduct a host of instrumental and choral pieces, including Copland’s Fanfare for the Common Man, the Overture to Mozart’s Le nozze di Figaro, Bruckner’s “Ave Maria,” and his own vocal arrangement of the haunting “Huron Carol” (Canada’s oldest Christmas song).

The program will climax with performances of “How Lovely Are Thy Dwellings” from Brahms’s Requiem and the “Dona nobis pacem” from Bach’s Mass in B minor (a piece “full of importance for me,” says Law). Plus (spoiler alert) there’s an encore of “O Fortuna” from Carmina Burana in the works.

“I must say it’s very exciting,” Law admits, as he prepares for the long trip back from one end of the Commonwealth to the other. “I’m very honoured – and a little bit tremulous about it.”