You are at:Home»Classical Music»Contemporary»The Babes Are Back! MasterVoices Polishes Up Victor Herbert’s Babes in Toyland for a Glorious Return
Advertisement / Publicité

PREVIEW: of the new MasterVoices concert presentation of Babes in Toyland by Victor Herbert (Carnegie Hall, New York City, April 27, 2017 at 7 p.m.); and

Long before Sondheim walked on the dark side with Into the Woods, or Disney began issuing its franchise line of tailored fairy-tale musicals, composer Victor Herbert and his Broadway posse had raided the nursery cradle, character-snatching a mother lode of Mother-Goose autochthons to populate the monumental 1903 operetta, Babes in Toyland.

They’re all there – Mary Quite Contrary, Tom Tom the Piper’s Son, Little Bopeep, Jack, Jill, Simple Simon and the rest – and MasterVoices (formerly the Collegiate Chorale) now brings them all back, borne on the waves of Victor Herbert’s delirious, nearly psychedelically tuneful score, for a first-class new concert version presentation of Babes in Toyland at Carnegie Hall on Thursday, April 27 at 7 p.m. 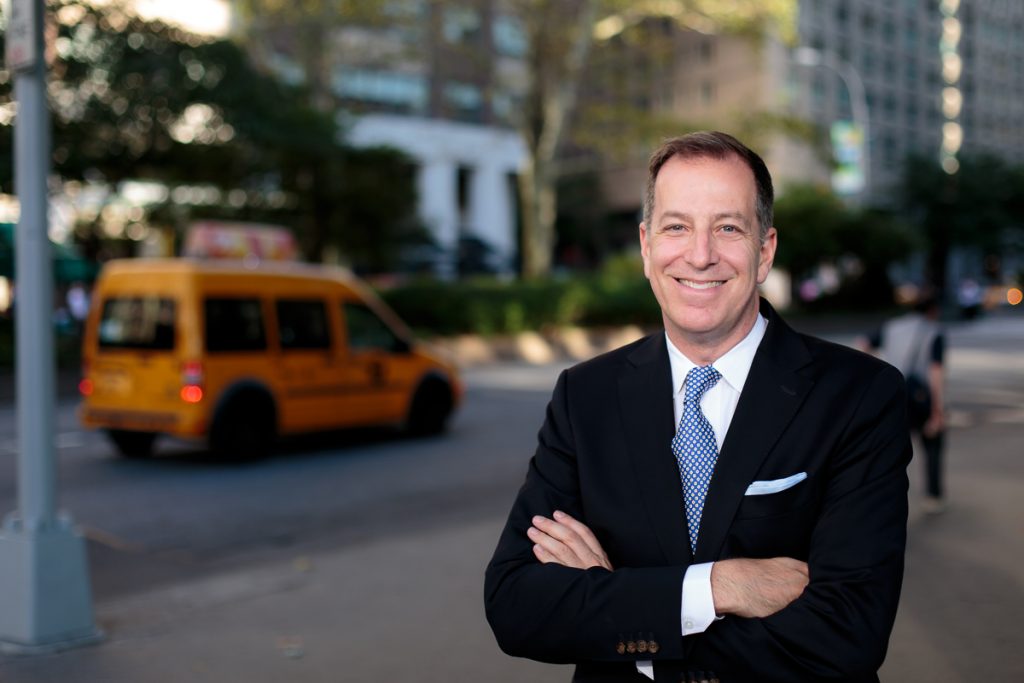 Rummaging in the Toy Box

“I was really on the search for an operetta,” MasterVoices’ musical director Ted Sperling recounts of his early plans for the group’s 2017 spring offering. “I conferred with experts who really knew the field. I talked with Alyce Mott who runs the Victor Herbert website.” And throughout the process, one title kept recurring like a bell tone – that of Victor Herbert’s fabled operetta. 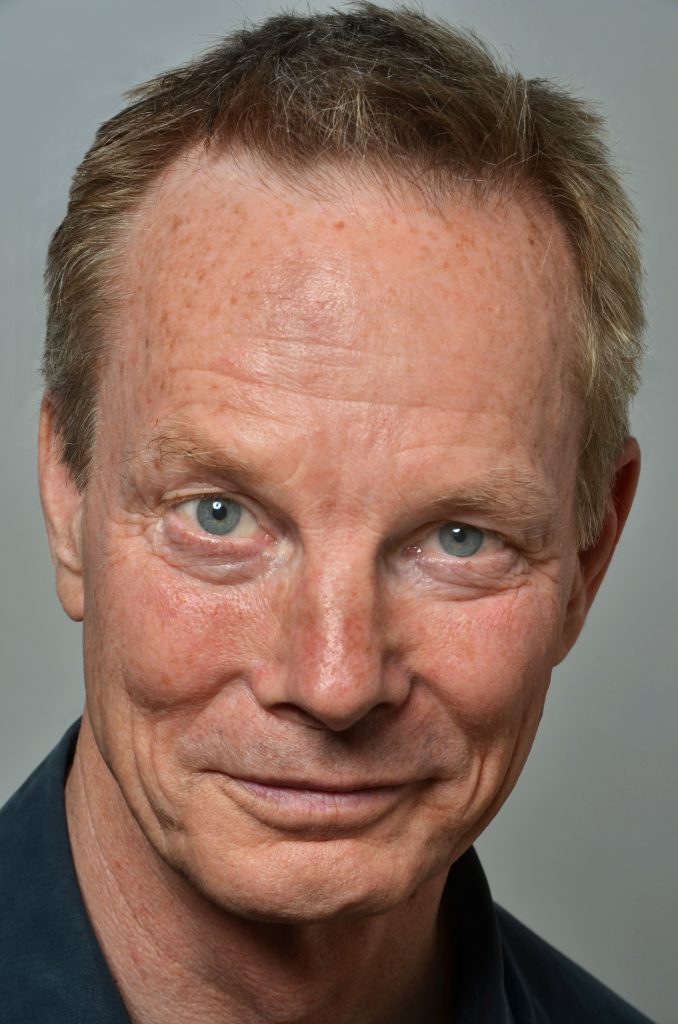 Babes in Toyland is the fruit of the search – a buried treasure that had been hidden in plain sight, its familiar title and its many later adaptations and reductions obscuring the trove of the original deposit.

There had been “a ton of music written,” for the original by Herbert, Sperling reveals, “a lot of which had fallen by the wayside over the years.”

But now, MasterVoices will be presenting a massive reclamation of the score to Babes in Toyland – not everything, but a more extensive and authoritative offering than has been heard live anywhere in living memory.

And what’s more, it will be presented with Herbert’s original, deluxe Broadway orchestrations and arrangements burnished for the occasion and sparkling anew. 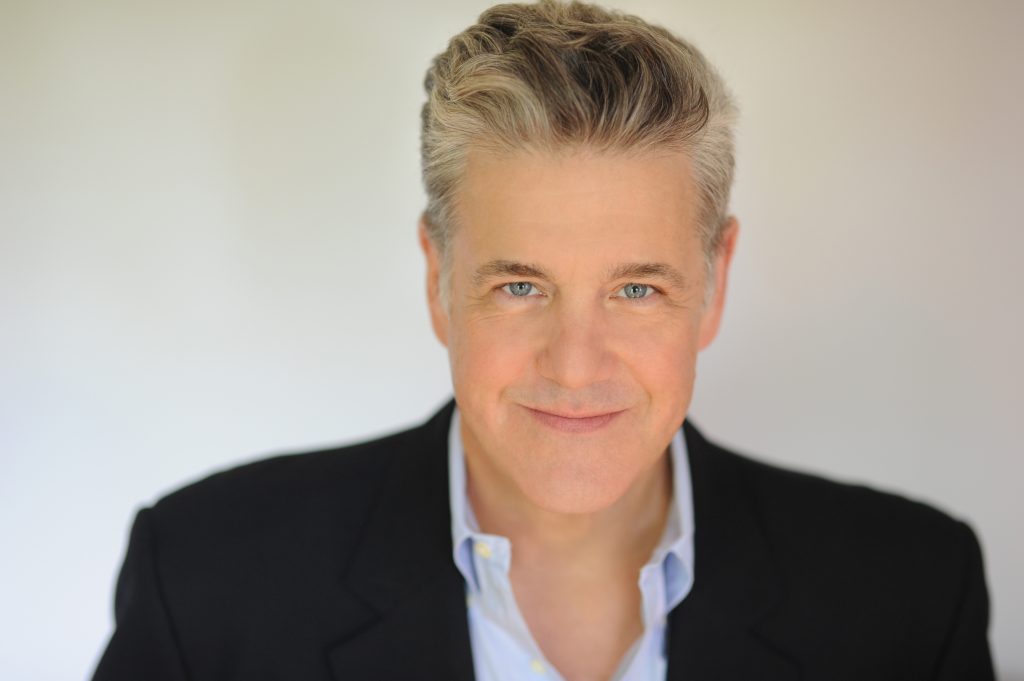 At another recent rehearsal for Babes in Toyland, with Sperling and his stellar cast of accomplished Broadway-caliber principals working through details of Act I accompanied by piano, the collective excitement is infectious. The operetta’s antic action – mixing elements of lurid melodrama, low comedy, high romance, and delightfully schmaltzy kitsch – and the freewheeling, almost stream-of-consciousness texture of the musical programming are intoxicating.

A big opening musical dance suite is followed fast by the evening’s villain number one, Uncle Barnaby (played by consummate character actor Jonathan Freeman) getting the plot churning. (So chockfull of riches is Babes that there are two sets of lovers, two villains, multiple plots and any number of musical ethnicities and forms invoked, from waltzes to jigs to cakewalks to a Hungarian csárdás ). 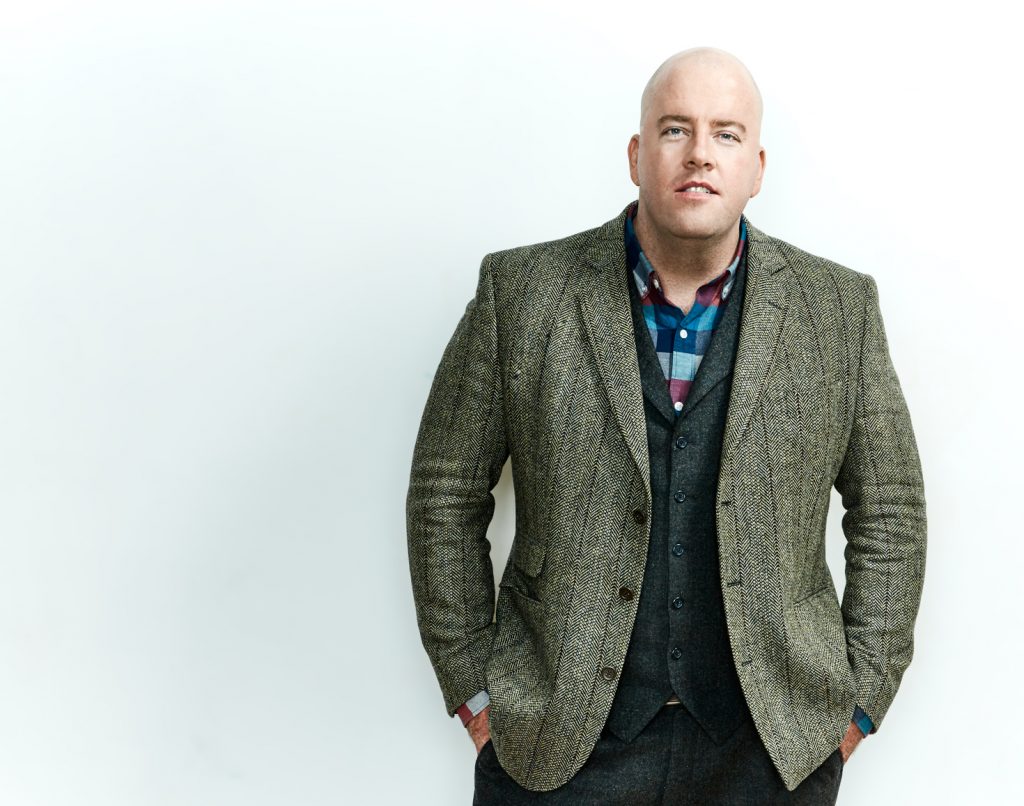 Sperling tweaks the timing of the intro to another number, and achieves just the right lift-off for a lilting, Viennese-inflected serenade sung by Tom Tom and chorus to Little Bopeep.

Barnaby’s two bumbling henchmen (played by Chris Sullivan and Jefferey Schecter) enter; some ripe gags ensure followed by additional rapid-fire complications, and a bracing hornpipe for Tom Tom (Jay Armstrong Johnson), replete with balletic choreography (by Andrew Palermo). Sperling advises the nimble Johnson to bear in mind the relative narrowness of the Carnegie forestage on which those tour jetes will be executed. 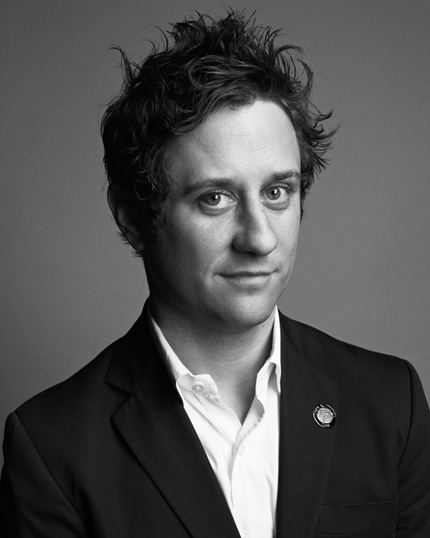 A gorgeous tongue-in-cheek send-up of ingénue star turns is performed by the beleaguered character of Jane, played by Lauren Worsham (the original Phoebe in Broadway’s A Gentleman’s Guide…), followed by an hilarious cross-dressing gypsy number by Broadway veteran Christopher Fitzgerald as Jane’s mufti-loving brother, Alan.

Moving things along expertly, the MasterVoices presentation is narrated by luscious-voiced Blair Brown. (A Tony winner in 2000 for her performance in Copenhagen, Brown’s warm and apt inflections have provided numerous documentary narrations, and even turned a 2004 public reading of the 14th Amendment to the U.S. Constitution into must-hear theater). 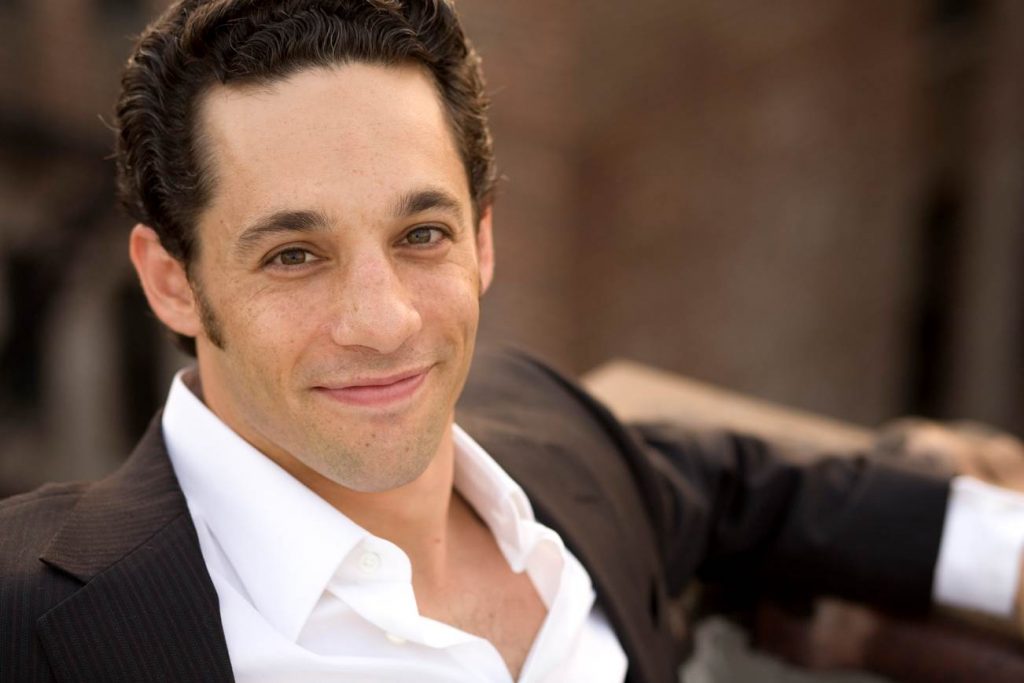 And the text of that narration, as well as the new-minted dialogue stitching the scenes of the concert version together, is the handiwork of writer and humorist Joe Keenan, most famous for his hilarious, highbrow contributions to the scripts of TV’s Frasier.

The 1903 book of Babes featured rhetoric that might fall overripe – or downright dated – on 21st-century ears (snippets like “Party engaged! Ring off!” might not readily be scanned as “The line is busy! Hang up!”); so Keenan, along with Sperling, has crafted fleet and saucily distilled translations of the original dialogue, bursting both with glorious groaners (as in a shtick about confusing “Toyland” with “Thailand”), and genuinely hilarious updates (as when Alan is queried as to why he has inexplicably donned a female disguise, and he rationalizes that “life’s too short not to try new things”). 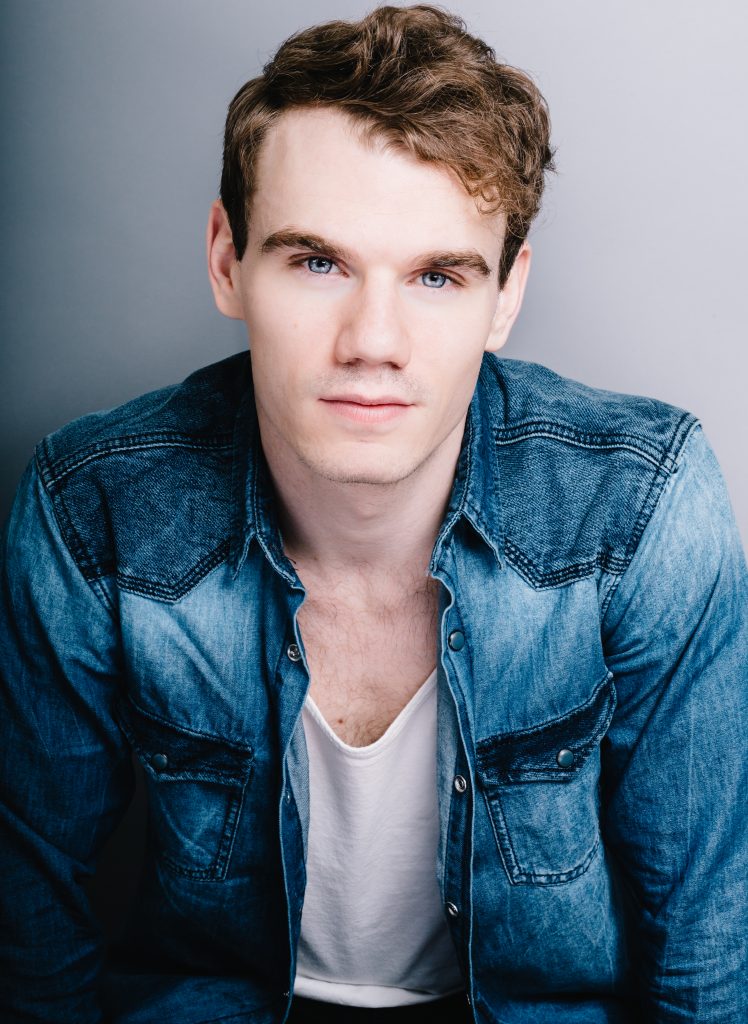 Keenan also supplies an extra level of meta-theatrical fun, offering at times cheeky historical tidbits (“the first production [of Babes in Toyland]had a lead actor who’d been in Our American Cousin the night Lincoln was shot”); at others, gentle chiding of the original script’s conventions (“[t]he first act begins — as musicals were once required by law to do — with happy peasants dancing”).

But throughout, the narration also remains giddily faithful to the beguilingly serpentine twists of the original plot – while noting that “the original story was a lot darker than later, more sugary versions.”

Babes in the Dark

“It’s a movie my dad loved,” Sperling recounts, of his early exposure to Babes by way of the much-altered and toned down Laurel and Hardy 1934 film adaptation. “He saw it in a movie theater when he was very young, and lost his first tooth while watching it!”

It turns out that Sperling’s father “got so excited by the Bogey Men climbing over the wall that he wanted to warn the other characters, and shouted ‘watch out!” – then clapped his hand over his mouth and knocked out a tooth.” 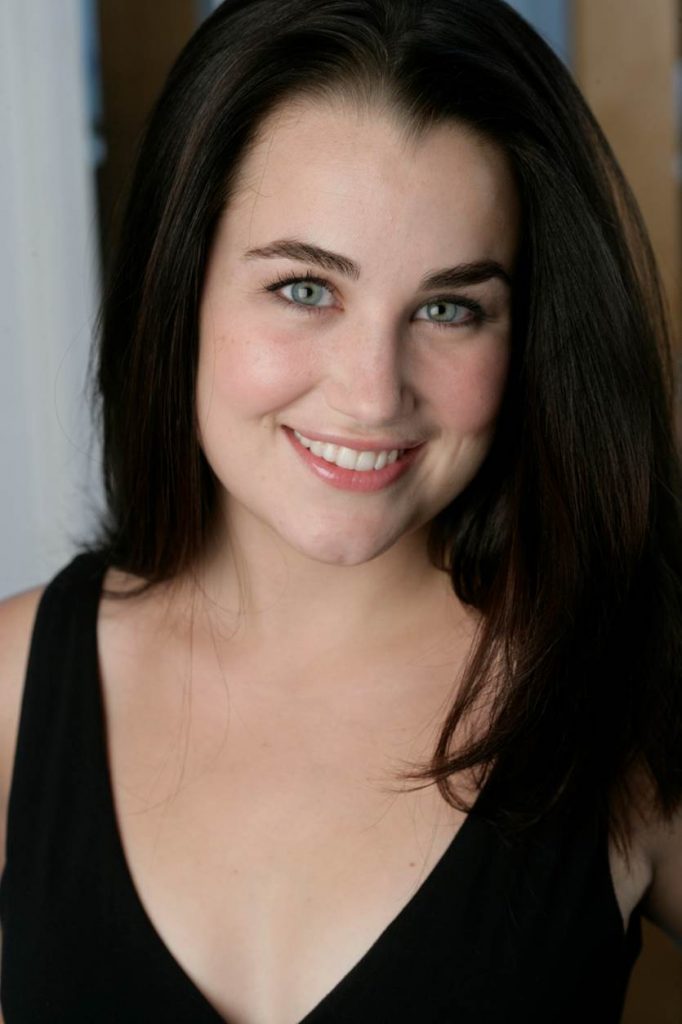 Fair warning, then – dental guards may be warranted Thursday evening when a certain character from the original script actually begins conjuring the denizens of hell.

And there are many such wonderfully spooky elements here – a few of them with unexpectedly contemporary resonance.

Who knew, for instance, that long before Broadway scandalized itself with the aerial antics of a certain homo-arachnid character trying to turn off the dark, Victor Herbert had already written an epic musical sequence for an agile acrobat dangling from a thread and dressed as a spider, doing battle with an outraged bear?

And nowhere does modernity get a more bracing confrontation with the specter of last-century sublimity than in the operetta’s most impactful, enigmatic and unexpectedly transgressive character – the Master Toymaker, who (apologies to Barnaby) is the work’s true arch-villain.

A veritable Manichaean demiurge of perfidy, the Toymaker is portrayed as hell-bent on distributing a ubiquitous sleeper cell of terrorizing mechanical toys to unsuspecting children – toy soldiers, dolls, deceptively kiddie-friendly homunculi of every description, all inhabited, via the Toymaker’s black arts, by the souls of murderous demons.

In the MasterVoices presentation, the role of the Master Toymaker is played by genius clown and neo-vaudevillian (vaude-villain?) Bill Irwin, in a marvelous bid of against-type casting. 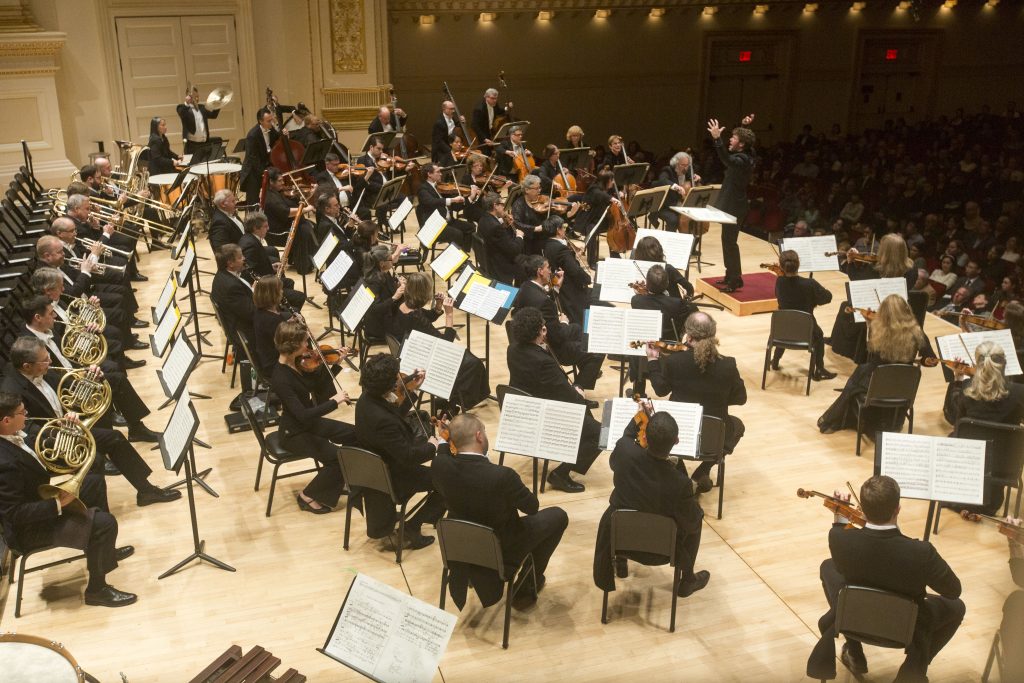 Performing the lavish, symphonic-grade score under Sperling’s baton will be the acclaimed Orchestra of Saint Luke’s, a frequent collaborator with MasterVoices for recent projects. 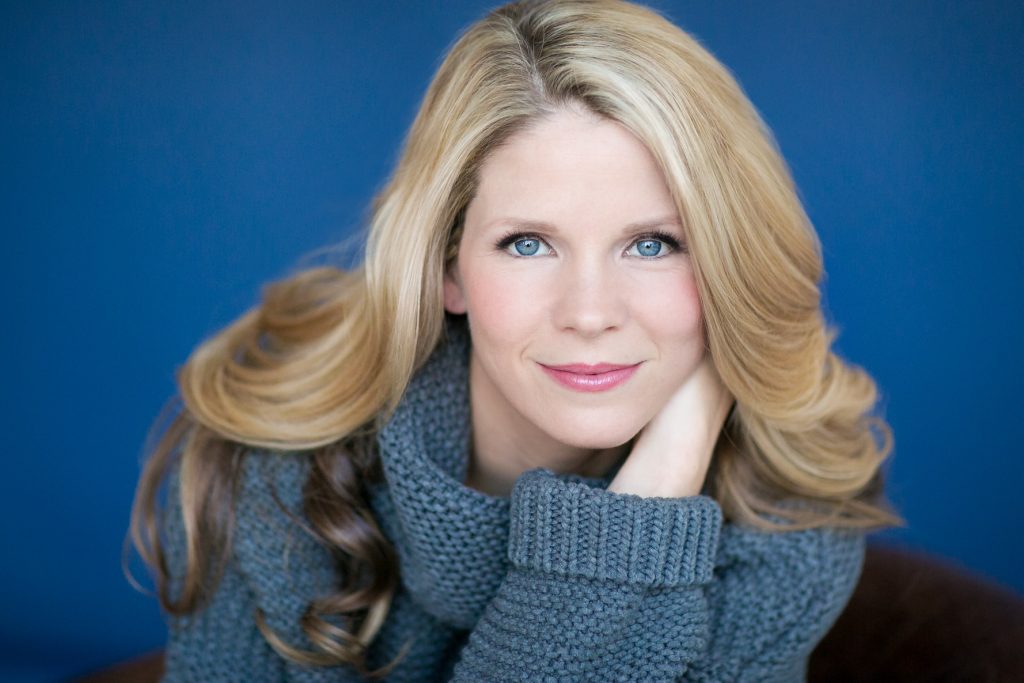 And, of course, the rich and copious choral sections of the operetta will ring in full rapture with the 130-voice-strong forces of the MasterVoices membership.

Unquestionably, this presentation of Babes in Toyland will be a gratifying musical experience. But if one’s expectations go no farther than that, or are tempered by anticipation of a merely quaint sentimental journey – think again.

The curtain is poised to raise here on something larger – namely, the forgotten sensuality, opulence, nuance, and even surprising complexity of theatrical taste and practice in a gone yet still-relevant era.

In our current convergence-of-all-media, post-genre age – when entertainment of all varieties gambols across an open content commons in which musical theater is opera is concept album is immersive spectacle – a glance backwards at Toyland may be a wonderfully corrective and re-orienting view; a visionary, back-to-the-future journey of musical discovery.

Even if, as the song says, “You can ne’er return again.”

The semi-staged concert version of Victor Herbert’s Babes in Toyland, featuring MasterVoices, the Orchestra of St. Luke’s and a first-rate cast of principals, all conducted by MasterVoices musical director Ted Sperling, with stage direction by Sperling and additional musical staging by Andrew Palermo, will be presented one-time-only in New York City on Thursday, April 27, 2017 at 7 p.m. at the Stern Auditorium/Perelman Stage of Carnegie Hall. Additional information is available here. (Also, there is one encore performance scheduled at LIU Post’s Tilles Center in Brookville, New York on April 29, sponsored by the university as this year’s endowment concert; information here).