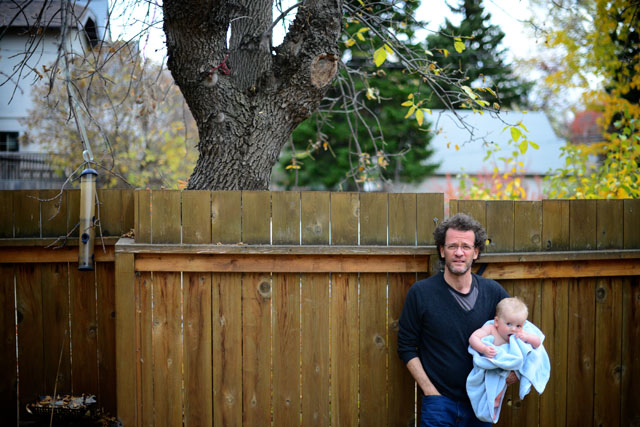 Yann Martel isn’t the sort of writer who publishes a new novel every year. Six years passed between the publication of Beatrice and Virgil and his latest opus, The High Mountains of Portugal, a novel that includes three tales of faith, love, and loss. The Canadian author, who currently lives in Saskatchewan, replied by e-mail to some of La SCENA’s questions on the life of an author and themes that he holds dear.

La SCENA: Faith is something of a marginal theme in literature today. Why is it important to you to put it at the centre of your novels?

Yann Martel: Precisely because it is marginal. We’ve lost faith in faith. We can now say that there are plenty of good reasons for this. The excesses of religion as an institution are numerous, scandalous, and continuous. But that’s not the whole story. I think that religious faith – faith in something that offers no reproducible proof of real evidence – is not so different from faith in art. They both involve a sort of magical thinking that goes beyond evidence. If we don’t have faith in something – whether it’s God, something we love, a philosophy, an institution – then why live?  We aren’t machines, computers. We all run on a certain faith in something. I was interested in religious faith simply because it’s the most ambitious, the most eccentric manifestation of faith.

Animals are also important in your writing. A tiger and other zoo animals are at the heart of Life of Pi, a donkey and a monkey are characters in Beatrice and Virgil, and a chimpanzee plays a role in The High Mountains of Portugal. What do animals represent for you, in your life and more generally, how they relate to humanity?

We live with animals. We are animals. So why not depict them in our literature? I write about animals for the same reason that people climb mountains: because they’re there. Literature used to be full of animals. Think of Kafka. Now, we’ve lost contact with animals in the same way that we’ve lost contact with the gods. In fact, I think that there is a link between the two. Animals are abundant in religion. Jews define themselves in relation to animals – there are those that are unclean, and others that aren’t. Hinduism has its share of animals. I don’t think this mix of gods and animals is an accident. I think gods and animals both carry within them fragments of mystery, elements of the unknown that intrigue and fascinate us. City dwellers keep pets in the same way that ancient Greeks and Romans kept household altars to their gods: as a way of being in contact with the divine.

You made thorough preparations to write Life of Pi by doing a lot of research and by reading the Bible, the Koran, and the Bhagavad-Gita in their entireties. Did you do as much preparation and reading for The High Mountains of Portugal?

I worked on The High Mountains of Portugal for four about four years. Yes, I conducted my usual amount of research. I read up on the first automobiles, the behaviour of chimpanzees, pathology, and autopsies. I read a good number of Agatha Christie police novels and I made two trips to Portugal. I really like doing research. It gives me lessons about the world, and it breathes substance into my novels.

Do you have a writing routine or rituals?

Not really. I work when I can in a small studio that I had built in the yard of my house.

What feeds your imagination? What inspires you?

The things I read, the things I see, the people I meet – and sometimes ideas pop into my head.

Which writers interest you the most?

During the years when the Conservative government was in power, you sent one hundred books to Stephen Harper, each time writing him a letter explaining why he should read that book. These reading suggestions even became a book. What conclusions did you draw from this experience?

That it was pleasant, but rather useless in this case.

The complete list of Yann Martel’s literary recommendations can be found in the books What is Stephen Harper Reading?(2009) and 101 Letters to a Prime Minister (2012), published by Vintage Canada.