As the years go by, composer Maxime McKinley, who will be celebrating his 40th birthday this year, has turned out a wealth of premieres with the optimism and openness that characterizes his music. From the pulsations of the Wirkunst series to the recent Dégel written for the Calgary Philharmonic Orchestra, the Sherbrooke native offers a wonderfully varied repertoire, from solos to full orchestral works, and reveals a vibrant universe that is in constant evolution. In March alone, his Bleu tombant will be created by Trio Fibonacci and two of his compositions will come out as recordings: Cortile di Pilato on Analekta (Elinor Frey) and Reflets de Francesca Woodman on Starkland (Instruments of Happiness).

Each piece has its own approach: “Generally speaking, when I’m composing, I’m going for heterogeneity,” McKinley says. “For me it’s the most natural way to go. However, I’m always trying to find a balance so as not to get lost.” In 2017, Maxime composed Dégel, which was part of a commission for five composers to create the music for a ballet choreographed by Yukichi Hattori. His approach shows this search for balance and the attention he gives to the other composers of the work.

“Dinuk Wijeratne’s piece, which comes before mine, symbolizes the Canadian winter, while Derek Charke’s symbolizes the Industrial Revolution,” he explains. “I composed Dégel as a transitional piece that leaves a flat, frozen, cold universe and gradually comes to life to become like a stream that returns to movement. As this piece draws close to the next one, I integrate mechanical themes and play with repetition. This allows me to be multifaceted while giving a direction, a common thread to my piece.”

Dialogue With The Arts

Written during his twenties, the Wirkunst series pays tribute to diverse artists from outside the world of music. The art of Alfred Pellan, Marguerite Yourcenar and Federico Fellini influence the composer without necessarily determining the material he uses: “The contact with these works of art was musically stimulating, but music remains abstract. The inspiration is optional – the piece is what counts. Listeners have the choice between listening to it as they like and making the connection, or not, with the artist in question.”

McKinley’s strong interest in other forms of art and thought leads him to stimulating encounters, such as that with the French poet Philippe Beck. Inspired by the collection entitled Dans de la nature, published in 2003, McKinley composed a work commissioned by the Orchestre symphonique de Montréal in 2013. The poet traveled to Montreal to attend the premiere, and the two men took this opportunity to discuss the relationship between poetry and music in seminars held at McGill University, the Université de Montréal and the Université du Québec à Montréal. Fine arts, poetry, and philosophy have all been part of the composer’s aesthetic outlook for years. This thirst for knowledge also crystalizes within the Circuit, musiques contemporaines journal, of which he is editor-in-chief. 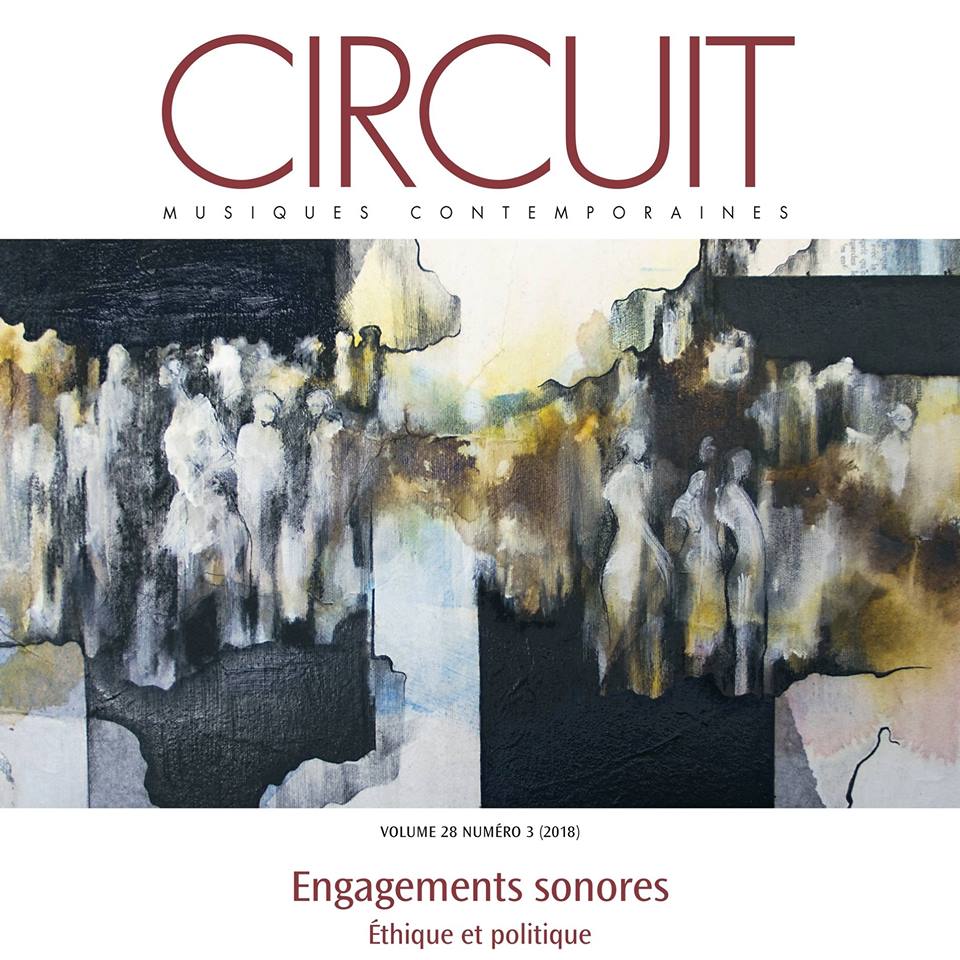 Circuit, The Tension Between The Cultural And The Scientific

This journal specializing in contemporary music will celebrate its 30th anniversary in 2020. Established in 1990 under the direction of eminent musicologist Jean-Jacques Nattiez, it has spanned three decades thanks to the passionate and enthusiastic work of its team as well as its unique position halfway between a scientific and a cultural journal. “It includes scientific articles, concert reviews, investigations and field notes,” McKinley says. “Part of the journal is therefore very accessible for the general public.” This paradoxical tension gives a certain flexibility to the journal, which offers both local and international content. This is evidenced by McKinley’s trip to Paris last fall, where he presented the journal at the IRCAM as part of the Contemporary Music and Ancient Instruments exhibition. We hope that the continuous flow of work injected into the journal will protect it from short-circuiting for a long time to come.

As an independent composer, McKinley is a brilliant example of an artist who manages to live off of commissions (compositions as well as workshops and conferences) without depending on an extra job. The notion of sharing is fundamental: “The audience is very important for me. I’m always thinking about them when I write. It’s important to have your voice and to express it, but it should be done in a context of sharing. We owe a lot to others, in our way of being, thinking, and creating, so constantly pitting yourself against the world isn’t a good solution. As a composer, I feel satisfied when I haven’t made any compromises while creating synergy with the performers, so that they can communicate their musical adrenaline to the audience.”

However, when pursuing this path, it’s important to question yourself about your own approach, especially during the training period, which can sometimes be destabilizing: “We sometimes feel a collective pressure, and we’re asked to take one path while instinct is steering us elsewhere. You have to find a balance between exploring directions that aren’t spontaneous to you and connecting with your instinct. During my studies, I was very attentive to how I would present my analysis of the work. This reasoning is formative but may be dangerous if it becomes systematic. You should never lose sight of what you want to hear.”

In the meantime, McKinley is already hard at work with Emmanuelle Lizère on a show inspired by the visual universe of Marcel Barbeau, that will be presented in 2019 in partnership with the SMCQ Jeunesse. www.maximemckinley.com