Kateri Tekakwitha has long been part of the school curriculum in Quebec. A 17th-century Mohawk girl who sought baptism in her teens and took a vow of chastity, she became, in 2012, the first North American Indigenous person to be canonized. Now Indigenous artists are paying their own form of homage in Saia’tatokénhti: Honouring Saint Kateri, a 35-minute multimedia presentation with music by Odawa composer Barbara Croall, words by Mohawk writer Darren Bonaparte, and visuals and choreography overseen by the Indigenous Colombian director Alejandro Ronceria.

The premiere on Oct. 19 at 7:30 p.m. at the Kahnawake Catholic Church is followed by a performance on Oct. 20 at 8 p.m. at St. Jean Baptiste Church. Both concerts are presented and performed by the McGill Chamber Orchestra under Boris Brott, whom Croall credits with the original idea.

It might be argued that a musical-theatrical treatment of Kateri Tekakwitha is overdue. The devotion and zeal of the “Lily of the Mohawks” attracted the admiration of the Jesuits of the Saint Francis Xavier Mission (now the Kahnawake reserve). Iroquois Christians became convinced of her spiritual powers. 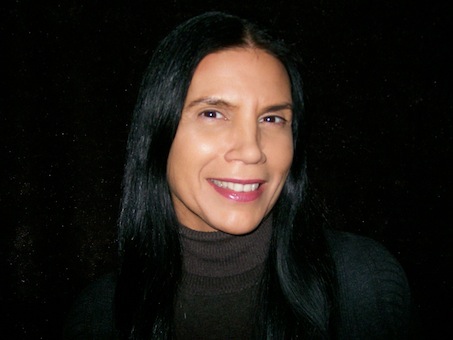 There is, inevitably, debate concerning Kateri’s conversion, of which Croall (whose mother attended a residential school) is quite aware. “As you know, a lot of Indigenous people feel that [conversion]was forced on them,” Croall says. “Other people differ and feel that was a choice.”

“When I talk to elders from Kahnawake and Kanasatake who follow the Catholic faith, and to elders back home in my community, what they describe as their Christian faith is different from a European form of the faith. They sing hymns in their language. In their minds they have transformed Catholicism.

“If you go to a service in Kahnawake, or an Indigenous service in Mesoamerica, you will know there is a difference. Mary is at the top. That is because the female deity at the top was the corn goddess. It is a matriarchal belief system.

“When I understand the importance that Saint Kateri has to Indigenous people here, not only Mohawk but of many backgrounds, I think of a connection to Sky Woman. Many creation stories talk about the first human on earth, how they came to earth. In a lot of Indigenous stories, that person is female.”

Although Croall herself was not raised a Catholic, she was given every encouragement on Manitoulin Island to be in touch with the divine.

“All my recollections are of spending time with elders,” Croall says. “And of both my parents telling me that if you want to pray or feel close to a higher being, Manitou, it’s always out in nature, out in the woods. I think the purest spiritual route to the creator, if we want to call it that — without a gender, even — is just to be close to nature. That is the closest we can get to any higher spiritual awareness, to a being who takes care of us.” 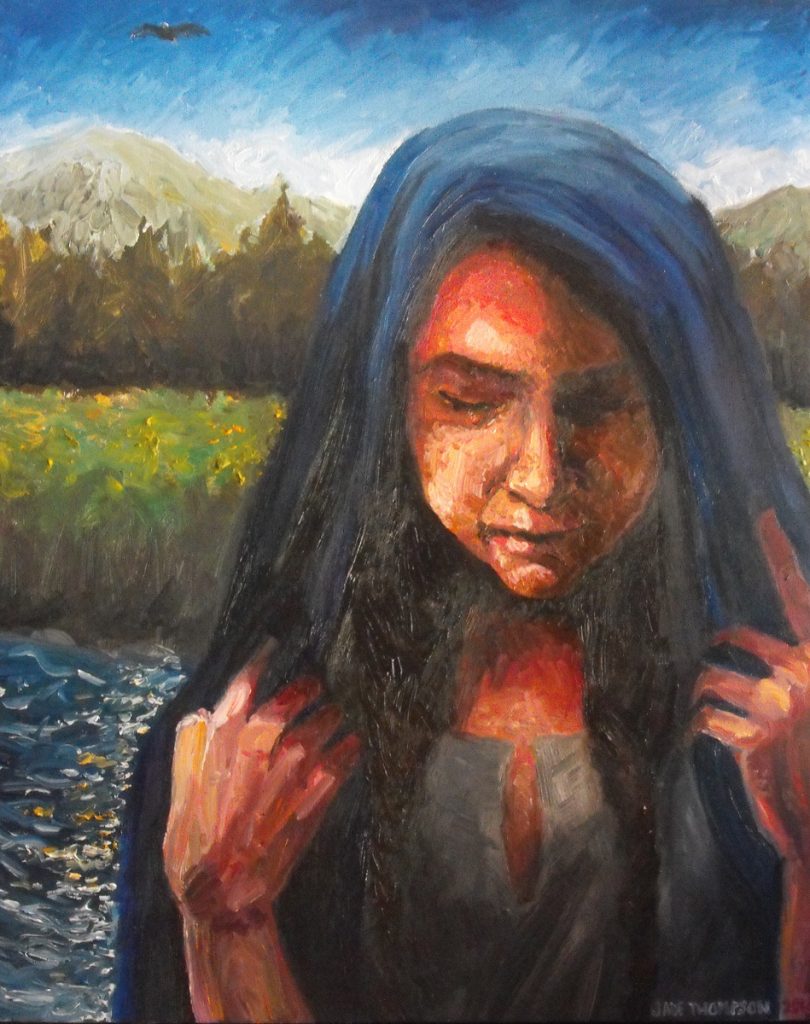 As a composer Croall is versed in multiple traditions. Her earliest musical memories are of a traditional lullaby sung by her mother. Her parents noted her greater fondness for drums and musical toys than for dolls.

A pianist in the neighbourhood had a pedal piano on which young Barbara would improvise. Piano lessons followed, culminating in composition studies in Toronto. “I always gravitated toward teachers who had a natural openness and humanity and understood where I was coming from,” Croall explains.

The environmental element of Croall’s composition is unmistakable. Triads are infrequent but awareness of the overtone series (very much part of Croall’s concept of harmony) is strong. The Four Directions, her first violin concerto, written for the late concertmaster Jacques Israelievitch, is based on the open strings of the violin as analogues for the four winds.

Saia’tatokénhti: Honouring Saint Kateri will use the chamber orchestra in creative ways. “Strings can do so many things!” Croall exclaims. Baroque timpani pay tribute to the era of the missions and New France. The lone percussionist will invoke traditional sounds with contemporary instruments. “I’ve always been careful about non-Indigenous instrumentalists being expected to play an Indigenous instrument without knowing the protocols,” Croall says.

As a member of an Anishinaabe people, Croall has taken care to consult with Mohawk elders on musical content. Bonaparte is a Mohawk and was raised a Catholic. Tara-Louise Montour, also a Mohawk, will play in the Kateri piece as well as in Trickster Coyote — Lighting Elk, by the late Malcolm Forsyth, and Farewell to the Warriors by Régent Lavasseur. (Montour commissioned both works.)

Croall is aware of the controversy surrounding cultural appropriation and deplores the “tabloidism” that goes with it. “I’m really glad that right from the get-go in the projects I’ve done, our first considerations are ‘how’ and ‘who’ and ‘why.’ That’s just because of how people in my family talked about things. Whenever I consult with elders who are of a different Indigenous background, I‘ve known how to ask questions in a way that’s respectful.”

“Understandably, people are upset when for centuries they have had control of their own lives and freedom of speech, their own spirituality, and then someone does something to your story and replaces you with someone else.”

One interesting problem, Croall notes, is the tendency to view the written word as a primary source or as completed research, when oral traditions and family connections are, if anything, more important.

“I think cross-cultural connections can be respectful and they can be done well,” she says. “They just have to be [done well]at the very first stage. Those communications have to be established and maintained.”

Saia’tatokénhti: Honouring Saint Kateri will premiere on Oct. 19 at 7:30 p.m. at the Kahnawake Catholic Church, followed by a performance on Oct. 20 at 8 p.m. at St. Jean Baptiste Church. www.orchestre.ca