Samy Moussa was calling from the Villa Massimo, the spacious former estate of an aristocratic family in Rome, where he has lodgings as a fellow of the Accademia Tedesca or the Deutsche Akademie, depending on your language of choice.
“A place where you can work, meet people, and be inspired,” he calls it. “I try to be here as much as I can.”

No wonder. But multiple commitments draw the Montreal-born composer away from this outpost of German culture in the Eternal City, notably to Berlin, where he has lived for seven years.

“I know you wrote a couple of times that I lived in Munich, even though I didn’t live there anymore,” he remarks with a chuckle. “But who cares?”

Quite so. When musicians rise to a certain level of international prominence, they become citizens of the world.

Nevertheless, Moussa’s links with Munich remain strong. It was in the southern German city that he met a certain Kent Nagano, music director of the Bavarian State Opera. 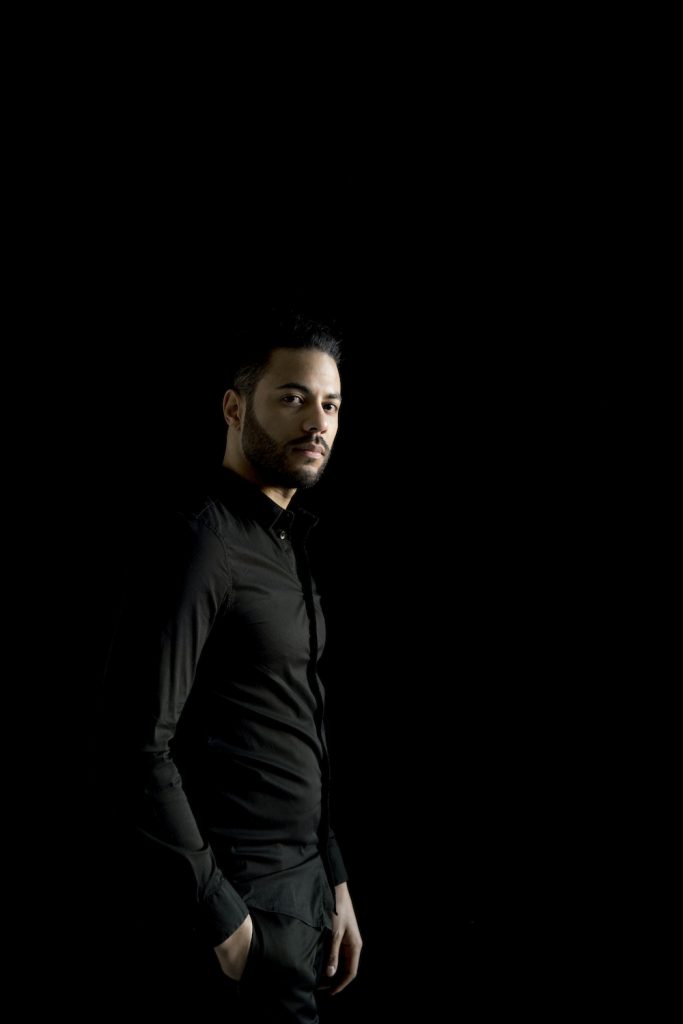 Their association resulted in six OSM commissions, including A Globe Itself Infolding, the work that stole the show at the inauguration in 2014 of the Grand Orgue Pierre-Béique in the Maison symphonique. Even higher in profile was the Symphony No. 1 “Concordia,” a 40-minute multimedia celebration by the OSM of Montreal’s 375th anniversary (which was billed for publicity purposes as “Symphonie montréalaise”). The score was successfully revived without visual accoutrements last year by the Winnipeg Symphony Orchestra.

The Bavarians got to like Moussa too. It was not the BSO administration so much as the members of the horn section who pressed the young composer to write Stasis, a piece for eight musicians, which had its premiere last June in St. Michael’s Church in the prestigious annual service given as part of the Munich Opera Festival. The archdiocese was one of the commissioning entities.

Montrealers will hear Stasis on Feb. 21 in St. Jean Baptiste Church as the kickoff of the Montréal/Nouvelles Musiques festival. Moussa conducts. Walter Boudreau leads the other big work on the program, Michel Gonneville’s HoMa.

Stasis is influenced by the sounds of Tibetan ceremonies, or at least the drawings that function as their instructional manuals. Horn players are stationed in various corners of a resonant space (typically a church) and also play gongs.

Moussa chose the title after writing the piece and is not completely satisfied with its implications. “Stasis also implies a form of inactivity but this doesn’t mean that it is completely static,” he said. “Things are balanced.

“It’s very hard to describe. The instruments are there, they play notes, but I don’t know if it’s music. I think maybe it serves another purpose.”

Stasis might sound from this description like strictly avant-garde fare, but Moussa is far from a doctrinaire modernist. “As firmly tonal as anything from the pen of Honegger, Ibert or Mercure,” was how this writer last year described Moussa’s Concerto for String Quartet and Orchestra, a co-commission of the Quatuor Molinari and the Orchestre Métropolitain. Some listeners have heard touches of Mahler in Nocturne, an orchestral work that ranks among his most often performed.

Not everything Moussa writes is on a large scale. The Ensemble Made in Canada, a piano quartet, will play his Orpheus in Nunavut as part of Montréal/Nouvelles Musiques on Feb. 26. He has composed two operas for chamber forces. But he is best recognized for his work with orchestra.

Now 34, Moussa had a happy childhood in Montreal, on which he does not care to elaborate, since he feels it has no bearing on this music. “There is not much to say,” he comments.

As a teen he was substantially self-taught, using La Scena Musicale to shop for concerts in Montreal worth hearing. He arrived at the Université de Montréal without any Conservatoire background, although he did play the clarinet. 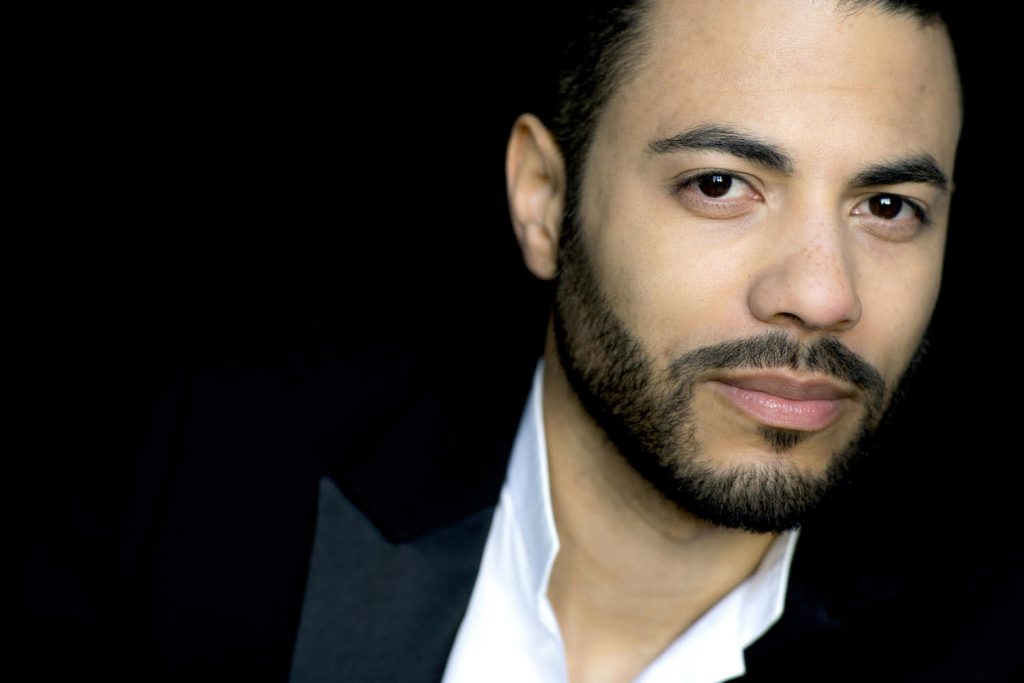 His main composition teacher was José Evangelista. After being turned down by Harvard (“thank God”) Moussa studied at the Munich Hochschule with Pascal Dusapin and Matthias Pintscher, both hardboiled non-tonalists. In Finland he worked with Magnus Lindberg, back when this composer also was a tough guy.

“One must not forget that the only thing that’s possible in Europe is modernity,” Moussa said of the teaching scene. “There is no alternative.”

All the same, each of his teachers had something specific to offer. He profited from each. And the payoff was “not necessarily aesthetic.”

Moussa studied conducting as well as composition. Paolo Bellomia gave him a technical grounding at the Université de Montréal. “He has a very clear vision of what a conductor needs to be able to do the job,” Moussa says. The method was not so much mimicking traditional interpretation as a problem-solving approach.

“After you learn a couple of Beethoven Symphonies, Debussy’s Prélude à l’après-midi d’un faune, a Boulez, two or three Stravinskies – once you can do them, technically, you can do everything in the repertoire, because you have the tools to find your own solutions,” Moussa said.

No less a celebrity than Pierre Boulez was one of his conducting profs in Europe (although the Frenchman must have been impressed also with his abilities as a composer, having commissioned an orchestral piece, Crimson, for the Lucerne Festival, which was premiered in 2015).

Work with the hr-Sinfonieorchester Frankfurt and the Ensemble Modern further sharpened his skills, but Moussa was eager not to be pigeon-holed as a conductor of contemporary music.

Sure enough, his recent conducting assignments have included such repertoire stalwarts as Haydn’s Nelson Mass (given as part of the church concert in Munich), Dvořák’s Seventh Symphony (with the Victor-Hugo Franche-Comté Orchestra of Besançon) and, so help me, Beethoven’s Fifth with the Orchestre symphonique de Québec.

“To work with them was really wonderful,” Moussa said of the OSQ musicians. “They were so flexible. They were open and funny. They adopted my ideas. It was a fun concert.”

Strangely, Moussa has no conducting engagements with the OSM. Well, no harm. He has just finished a conducting job for a major recording label. Details TBA. And his schedule as a composer shows no signs of letting up. A notable assignment for April 2020 is a 20-minute work for the Vienna Philharmonic that will be coupled with Bruckner’s Fourth Symphony and performed in both Vienna and Barcelona (at the Sagrada Familia).

Staggering is not a bad word to describe the prestige of this commission, but Moussa is trying to keep his cool.

“First we see if the piece is good,” he says. “It’s not written yet. And every commission I accept is something I want to do. Nothing is more important than the other. Every project is important because every one is chosen.

“But I know what this represents. I know the piece will be played well. And the project is beautiful. I’m a big Bruckner fan. I love Bruckner’s music. He is probably my favourite composer.”

A permanent resident of Germany, Moussa speaks German as well as French and English. Although he has a Canadian passport and no other, he appears to be settled on the other side of the pond.

“I love Europe,” Moussa says. “I love North America very much too. Canada is obviously home. I’m very often in Canada. The United States as well.

“But to live there, I don’t know. My life is very balanced the way it is. I think going back would not be the best for me. “

A moment of reflection.

“Of course, there is always the possibility of going somewhere if there is a good reason for it.”

Moussa will conduct Stasis on Feb. 21 in St. Jean Baptiste Church in Montreal as the kickoff of the Montréal/Nouvelles Musiques festival. www.smcq.qc.ca/mnm