The OSM has seen its share of notable guest conductors over the decades. Now the list includes Michael Tilson Thomas, music director of the San Francisco Symphony since 1995. His appearance on May 22 in the Maison symphonique marked his Montreal debut. He made it count for something.

Not that Bartók’s Concerto for Orchestra is the likeliest vehicle for the expression of podium personality. As its title implies, this score is made of multiple parts that need to be coordinated. A lean and athletic figure at 75, Tilson Thomas accomplished the technical element of task with an economical baton style and great assurance. 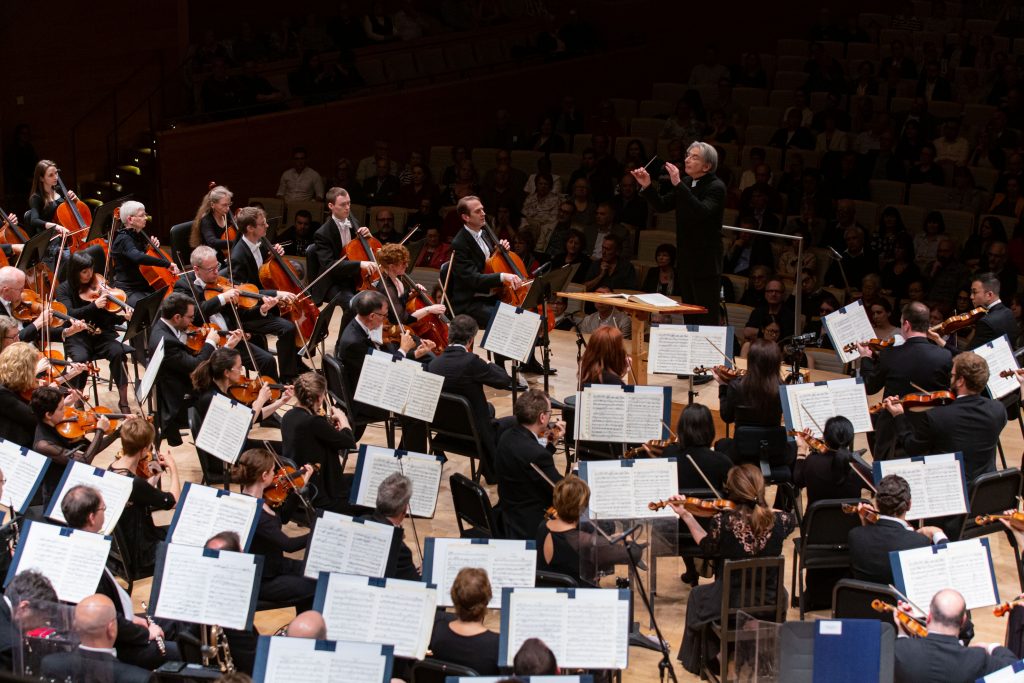 Feeling was not absent. Moody and animated passages were sagely contrasted. The conductor captured exactly the nocturnal air of the Elegia, a delicate movement that would probably falter if overloaded with gratuitous emotion. The Shostakovich parody of the penultimate movement, with its riotous trombone, had plenty of life, although every time I hear this sequence it strikes me as less justified.

A big part of the job in the Concerto for Orchestra is to bring the best out of the musicians. Individuals (flute, oboe, clarinet) made distinguished contributions, as did the bassoons and muted trumpets in the second movement. A nod is owing the piccolo for tempering the penetrating sound of this instrument with lyricism.

Nevertheless, the strings were most impressive, whether in sweeping tunes or in the nimble counterpoint of the finale. MTT (as he is referred to in San Francisco) arranges the orchestra in what subscribers of a certain age regard as the standard configuration, with first violins on the left of the conductor and cellos and double basses on the right. This was demonstrably the best layout for the solemn lower sounds of the introduction. 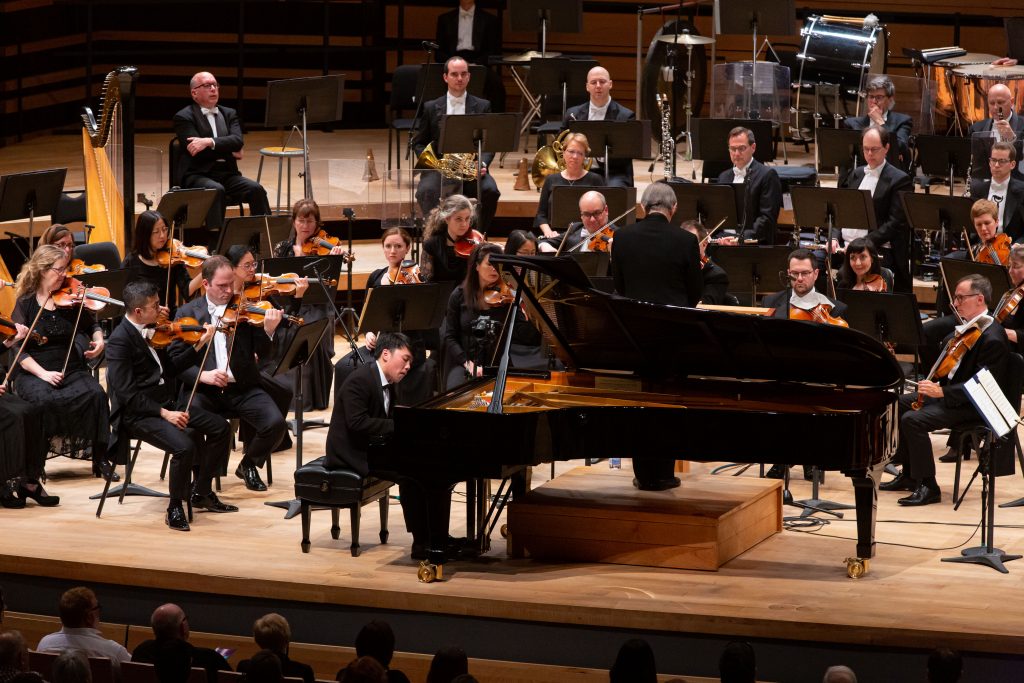 Before intermission we heard Liszt’s Piano Concerto No. 1 in a performance of high polish and deep feeling by the 23-year-old Bostonian George Li. Octaves were dashing, trills brilliant. Time seemed to stop during lyrical episodes. This was the playing of a born romantic. MTT fashioned a committed accompaniment. Full marks to the trombones. The rather subdued triangle got a bow. As an encore Li gave a glittering account of Liszt’s transcription of Schumann’s “Widmung.”

The opener was Haydn’s Symphony No. 81. Strings were burnished rather than baroque. Fine tuning and supple phrasing made Haydn’s dissonances all the more surprising. Curiously, there was applause between movements, a rather embarrassing business since the concert was streamed on the OSM Facebook page and filmed by the Medici television service.

Given the prodigious quantity of instruction we are given over the loudspeakers at OSM events – locate the emergency exits, turn off your phones – a word requesting that applause be withheld until after the work is finished would not be amiss when a concert is being recorded. Maybe even a polite suggestion that coughing be kept to a minimum.

There is a repeat performance on May 23. www.osm.ca