You are at:Home»Classical Music»Kent Nagano in Montreal: A look back, and forward

Some might choose Les Glorieux, a tribute to the Montreal Canadiens. In which Kent Nagano donned a jersey numbered “1.”

Or Symphonie montréalaise, a multi-media celebration of the 375th anniversary of Montreal. At that event the conductor was projected as a silhouette tracing circles and waves electronically with his baton. 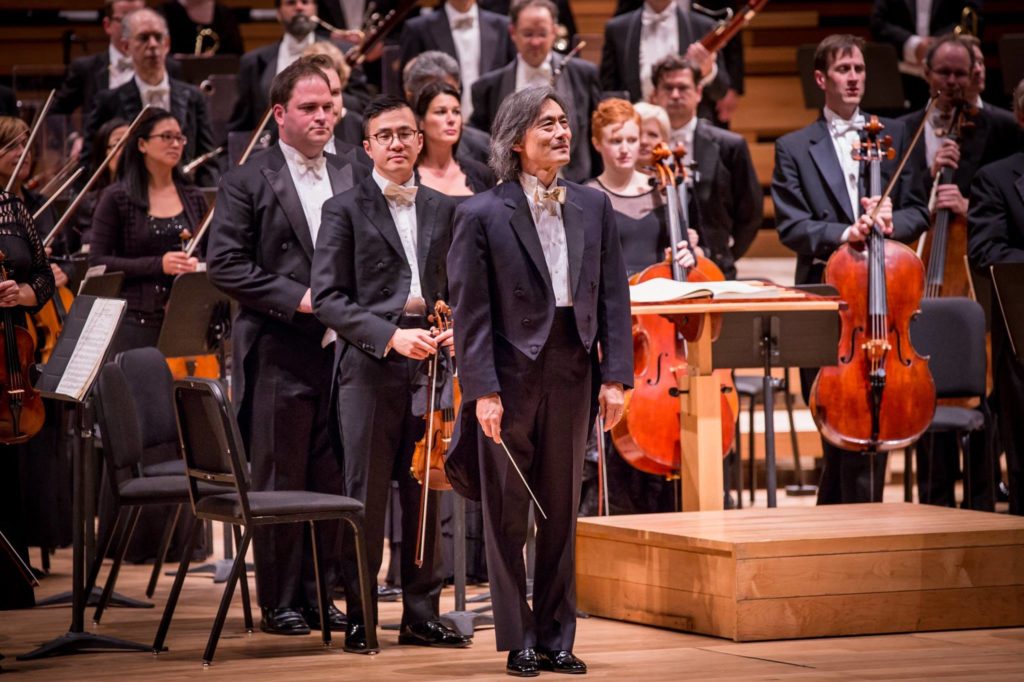 Or the opening of the Maison symphonique in 2011. The inaugural symphonic statement was Beethoven’s Ninth. This famous score was also to form the basis of Nagano’s official farewell to the OSM in a 1,500-voice outdoor performance on Aug. 9 in the Parc Olympique. COVID-19 had other ideas.

It would be easy to assemble a long list of public-spirited projects either agreed to or invented by this media-savvy maestro since his ascent to the music directorship in 2006: Mahler’s First Symphony at midnight in a riverfront Molson warehouse; Concerto for Radio Host and Orchestra featuring Radio-Canada broadcaster René Homier-Roy as spoken-voice soloist; the Concert à l’aveugle, featuring the Electric Candlelight Concerto of John Anthony Lennon. Sixties clothing was recommended for that party.

Sometimes the music was bundled with social awareness. In Nagano’s first season as music director we heard The General, an oratorio interweaving theatrical music by Beethoven with words based on the Rwanda memoirs of Roméo Dallaire. Later came post-tragedy outreach concerts in Montréal-Nord and Lac-Mégantic.

An unapologetic exponent of the classical canon – just read his memoir/manifesto Classical Music: Expect the Unexpected – Nagano was aware of the need to spread the word. In 2008 he took a subset of the OSM on tour to Nunavut.

Ten years later, to open what would be his last full season, Nagano chose Chaakapesh, the Trickster’s Quest, an opera on a First Nations subject by Tomson Highway (words) and Matthew Ricketts (music). This also went to the far north. With, of course, a camera crew.

Not that media trimmings are needed to produce a worthwhile experience. All the hype would be worthless in the absence of something musical to say.

As lately as last January Nagano surprised me with a magical performance Johann Strauss Jr.’s Emperor Waltz. “The beauties of the orchestration were captured to perfection,” I reported. Clapping between movements in Schubert’s Symphony No. 1 suggested that the conductor, at 68, had not lost his recruiting power.

That magnetism was particularly strong in the first years and manifested itself in programming that few other North American orchestras would hazard. A good example in 2008 was Olivier Messiaen’s Saint François d’Assise as performed for only the second time in North America.

This was in Salle Wilfrid Pelletier of Place des Arts, the OSM’s well-upholstered former home. Whether the title character’s lengthy Sermon to the Birds should be described as ecstatic, hypnotic or soporific was one of a few critical judgements that would need to be rendered the following day.

But the most salient question was: How did Nagano get away with this? A sprawling score calling for nine soloists, 100 choristers and 120 players, plus custom projections to make those five hours (intermissions included) pass a little less monumentally.

One explanation was that Nagano had the artistic goods, having acted as Messiaen’s personal assistant in Paris during the composition of the opera and (to adduce the testimony of the hard-to-impress OSM musicians) knowing it as well as any human could possibly know something so long, diffuse and complex.

Another explanation is that he had managed to forge an entente with an orchestra still reeling from the public resignation of Charles Dutoit and a provincial government that took culture more seriously than most. Not to mention a public that was quite prepared to be mesmerized by his mix of Japanese ancestry, Californian upbringing and European credentials. His penchant for hard-to-parse pronouncements only added to his mystique. As the right conductor at the right time, Nagano was in a much better position than most music directors to do whatever he wanted.

Among his early exploits was a multi-season project that involved no box office risk but a certain degree of artistic daring: a recorded cycle of Beethoven symphonies. It is hard to think of a set of CDs the world needed less and although Nagano added some of the usual thematic accoutrements – the Pastoral came complete with ecological commentary by David Suzuki – the Analekta package of 2015, did not exactly create an international sensation.

Some of Nagano’s OSM recordings will endure as contributions to the catalogue. Notable was the 2018 release of a chamber version of Leonard Bernstein’s A Quiet Place. Nagano was an assistant to Bernstein in Vienna during the difficult 1986 rebirth of this ill-starred exercise in autobiography. No less unusual, in 2015, was L’Aiglon, a next-to-unknown opera of 1937 on the subject of Napoleon II written jointly by Arthur Honegger and Jacques Ibert. Say what you will about his populist outings, Nagano never lost his international cachet.

He had a genuine affection for Montreal and its vaunted European élan. While his public relationship with Yannick Nézet-Séguin and his Orchestre Métropolitain was in the main competitive, it was also, in an odd way, complementary. Nagano was the international figure imported to Montreal. YNS was the Montrealer exported to the world. It is entirely in character that the onset of the pandemic found one in Paris and the other in Montreal.

The conductors have obviously intersecting interests – critics last November were put in the interesting position of reviewing rival performances of Bruckner’s Fourth Symphony within a matter of days – but differing approaches. Broadly, Nagano is the steady beater, Nézet-Séguin the big hugger.

Some critics claim to find Nagano too careful and detail-oriented, a perfectionist rather than an evangelist. Little in classical music, at least at high levels, is so clear-cut.

Still, there could hardly fail to be a comparison between Nagano and his predecessor Dutoit, who – recent headlines notwithstanding – established the OSM as an international commodity and earned from Edward Greenfield of Gramophone magazine the timeless encomium of being “by far the finest French orchestra today, whatever they think in Paris.”

The prickly Swiss had a peculiar way of making that music move. It might also be that Dutoit’s more aggressive style in rehearsal, fostering obedience and resentment in equal measure, added a touch of electricity to his performances.

“He keeps the Zen,” an OSM veteran once said of Nagano. No one could have accused Dutoit of any such practice. 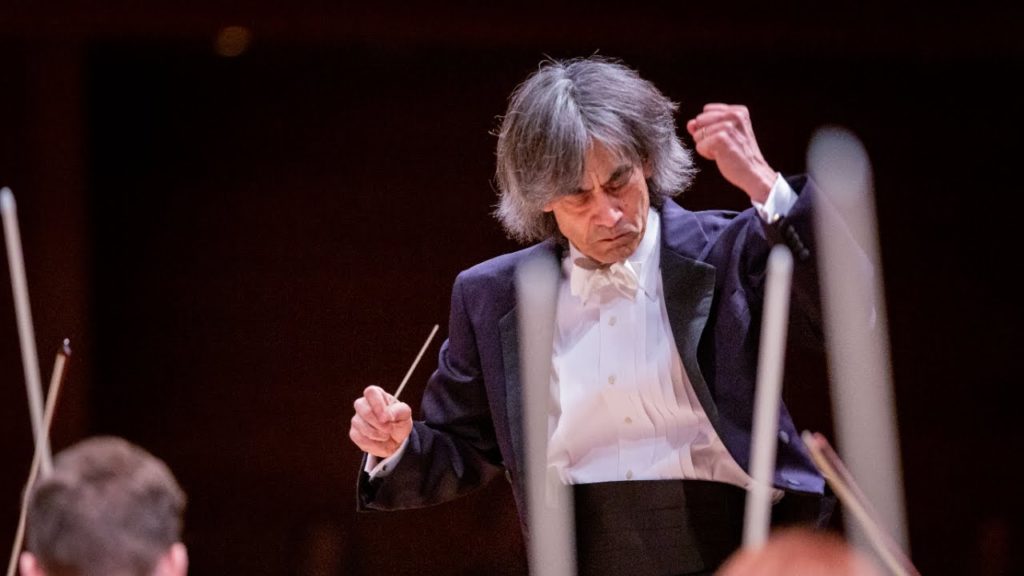 The OSM’s lingering reputation as a “French” orchestra, based on a huge inventory of Decca recordings, must have created a degree of frustration for Nagano when foreign presenters insisted on hearing the repertoire with which it was still equated. He was able to beat the rap in the summer of 2018, when he took the OSM to Kraków to perform Krzysztof Penderecki’s St. Luke Passion.

A second performance of this devotional masterpiece of 1966, also in the presence of the composer, was given as the Ouverture spirituelle of the 2018 Salzburg Festival. That was quite a gig. And it was possible only because of the OSM’s elite image and Nagano’s profile as a master of modernism.

The reputation is justified. Among the many recordings he made for European labels is a survey of the orchestral works of the Franco-American radical Edgard Varèse (1883-1965). Nagano’s advocacy of the music of Frank Zappa (1940-1993) is well known if imperfectly understood.

Nagano is also noted as a proponent of his fellow Californian John Adams. A recording highlighted by this composer’s Harmonielehre appeared last September on Decca, followed in May by the Penderecki, on BIS.

If not a great champion of Canadian music, the conductor did recognize the potential of the Europe-based Montreal native Samy Moussa. Moussa’s Violin Concerto “Adrano” got its premiere last November with concertmaster Andrew Wan as soloist. An Analekta album including this piece (as well as Ginastera’s Violin Concerto and Bernstein’s Serenade) will be Nagano’s last as music director of the OSM.

Despite all the contemporary output, Nagano’s preferences start with Austro-German core repertoire and fan outward. Classical Music: Expect the Unexpected includes chapters devoted to Bach, Beethoven, Bruckner and Schoenberg as well as Messiaen, Bernstein and Ives. Indeed, this book was published first in German.

“When I come to Berlin, I feel that I’m breathing,” Nagano told this writer, backstage in that city’s famous Philharmonie in 2004. “That I am in a spiritual home.”

It is significant that through his 14-year tenure with the OSM, Nagano maintained successive appointments in Munich and Hamburg, where he remains Generalmusikdirektor of the Hamburg State Opera. On Aug. 14 he returns to the Salzburg Festival, which has scaled back but not cancelled its activities. On the docket: Mahler’s Das Lied von der Erde with the ORF Vienna Radio Symphony Orchestra.

When will Nagano next be seen in Montreal? The orchestra this week regathered for a drive-in concert in a parking lot at Trudeau Airport under Jacques Lacombe but has not announced its 2020-21 schedule. CEO Madeleine Careau told the Montreal Gazette that Nagano will be part of the lineup. She also warned that the number of concerts would be reduced and crowds significantly downsized. 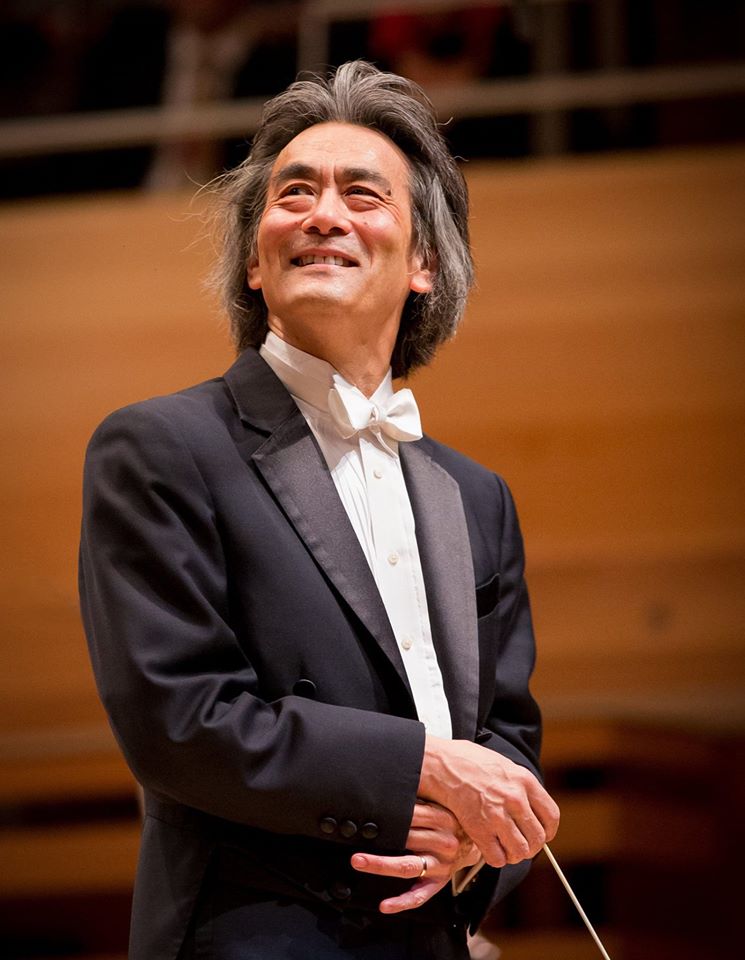 Nagano’s last day is Aug. 31. Soon the discussion will shift from his legacy to the pressing matter of his successor. A few names have been bandied about, but no one is spoken of as a front-runner. COVID-19 not only wiped out concerts led by potential candidates but messed with long-term schedules across the globe. It is quite possible that 2021-22 as well as 2020-21 will be an interregnum season. Will subscribers continue to renew?

Unknowns are abundant in the post-COVID-19 world. At least the next OSM music director can be confident of inheriting an orchestra of international calibre and working in an urban environment that is sympathetic to the arts.

As a certain Kent Nagano said of Montreal in 2004: “It is unlike any city I have ever visited. Certainly, in North America it’s unique.

“This is not to say it’s perfect, or paradise. But it is a fascinating city, where there is so much energy. And at least I feel the potential to make great music. It is hard to explain that in any reasonable or rational way.”