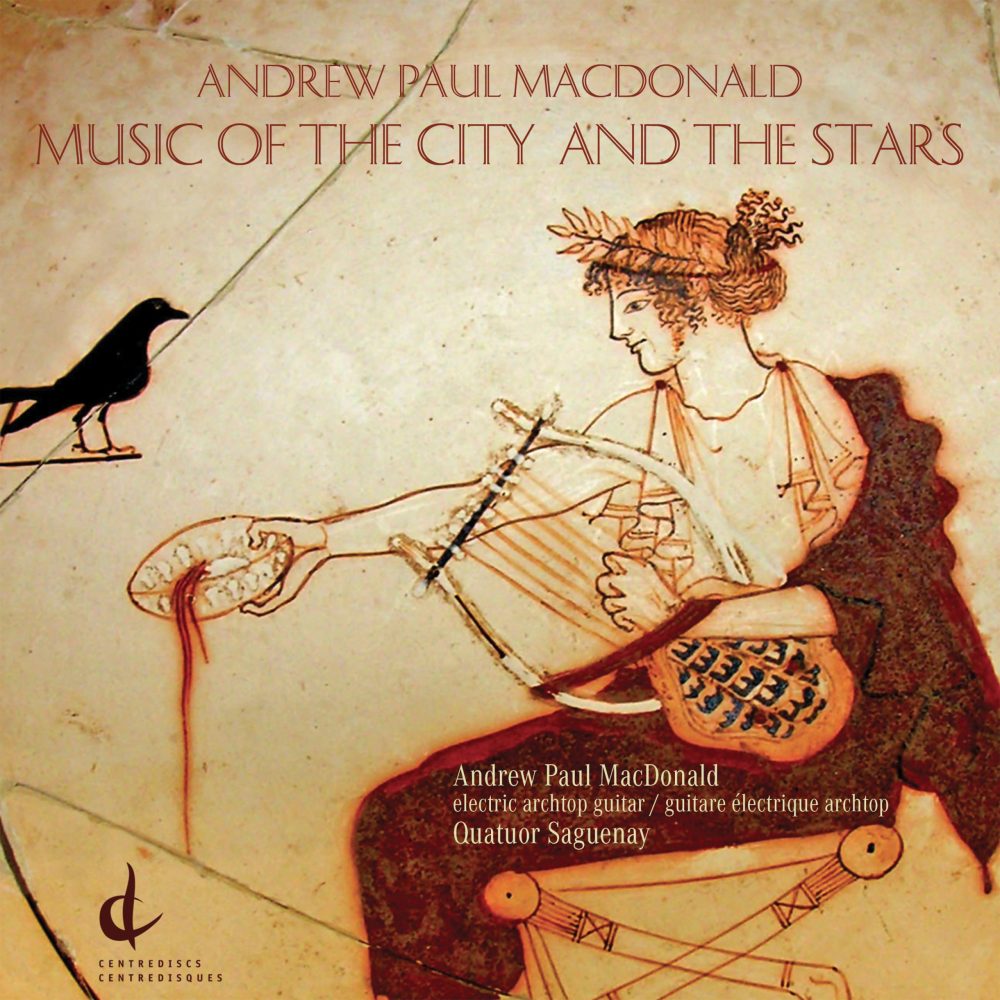 Canadian composer Andrew Paul MacDonald has attempted something unprecedented in the two original compositions featured on the album Music of the City and the Stars: a fusion of electric guitar and a string ensemble. There is a noticeable difference between the two instruments, but this is exactly why the album’s overarching theme works so well.

The first concerto is Lyra, a seven-movement work that recounts the history of the lyre in Greek mythology. The work begins with Apollo’s conception of the instrument, follows Orpheus in his many musical endeavours, and ends with Zeus’s installation of a memorial to the late Orpheus. The natural echo of the string ensemble is less powerful than the amplified reverberation of the electric guitar, a distinction that allows the guitar to play the role of the lyre against the “setting” of the ensemble. This is particularly noteworthy in Orpheus and Hades, where the violins chime in with sharp stings to generate a hostile, foreign atmosphere.

The companion concerto Restless City is jazz-inspired, and more tonally complex as a result. It is not as straightforward an experience as Lyra, but it is still impressive for its ability to unify the disparate instruments.