Louis Riel is one of the most important Canadian operas ever written. It was inspired by the life of controversial Métis hero Louis Riel (1844-1885) and events surrounding Canadian Confederation in 1867 that became defining ­moments in the country’s history.

With a libretto by Canadian playwright Mavor Moore in collaboration with Jacques Languirand and music by Harry Somers, Louis Riel was premiered in Toronto by the Canadian Opera Company for Canada’s centennial celebrations and performed soon after at Montreal’s Expo ’67. Louis Riel is being programmed this year by the COC as a co-production with the ­National Arts Centre to celebrate Canada 150.

Originally commissioned by the Floyd S. Chalmers Foundation, Louis Riel is an ­extraordinary, complex work because it is an opera based on a multifaceted series of events that reference historical fact, and it features a challenging musical score blending a multitude of influences, ranging from tonal music to electronic sounds. The nonfictional protagonist fought to establish the Province of Manitoba and defend Métis rights, including land claims, but was ­ultimately executed for high treason. 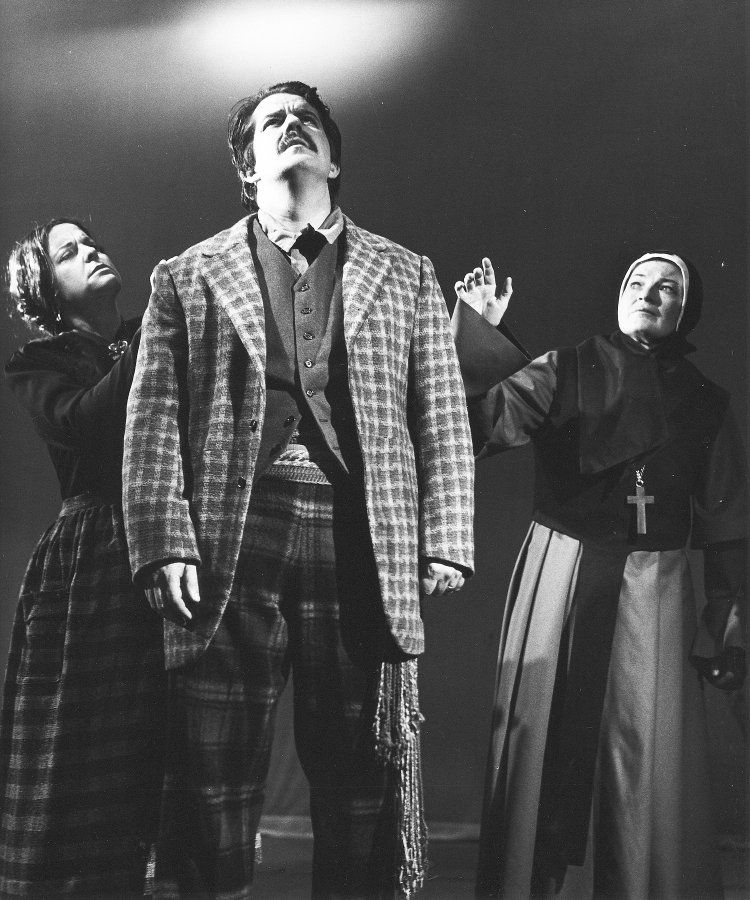 During Riel’s lifetime, the issue of land ownership came to the fore in 1869 when the Canadian government, led by Sir John A. ­Macdonald, purchased Rupert’s Land and the North-Western Territory from the Hudson’s Bay Company to assimilate into the Dominion of Canada. The Canadian government, however, failed to keep its promise to compensate the Métis with 1.4 million acres of land. After being appointed the region’s lieutenant ­governor, William McDougall attempted an unauthorized entry at the Métis stronghold of Fort Garry, Manitoba, prompting the 1869-1870 Red River Rebellion. This moment in history serves as the opera’s opening scene.

With a cast of almost 40, there is no ­opportunity for character development or for presenting a balanced representation of historical events spanning sixteen years, especially in an opera that lasts a mere two-and-a-half hours (without intermissions). Consequently, fact and fiction are intertwined throughout.  For example, the opera references with historical inaccuracies the violent five-month long North-West Rebellion of 1885 that left hundreds dead. In Act III, scene 3, Wandering Spirit, War Chief of the Big Bear Nation, intrudes on a peaceful Catholic mass in the prairie town of Frog Lake. He ­departs when Louis Riel commandeers the Church and convinces the settlers and Métis congregation that he is a heroic visionary as they follow him into the Battle of Batoche, which is represented by loud, discordant atonal music.

In fact, Riel used the parish church at Batoche, Saskatchewan, as his headquarters in the uprising against government troops. The ominous presence of Wandering Spirit in the opera’s Church Scene references a separate event, namely the Frog Lake Massacre that occurred when a band of Plains Cree led by the War Chief killed two Catholic priests, the callous Indian Agent Thomas Quinn, and six settlers, while Cree women protected a clerk from the Hudson’s Bay Company. Wandering Spirit was later executed for his involvement and the complexities ­surrounding the events are manifold.

The musical score, also, is not what it ­initially appears to be. Somers combines ­compositional styles and techniques, and adapts Métis songs and various cultural ­elements from the First Nations to highlight the diversity of Canada’s Indigenous Peoples. At the beginning of Act III, Riel’s Cree wife, Marguerite, sings a lullaby, “Kuyas”, [Cree:  ‘long ago’] to their son. Although it is one of the most performed songs from the opera, it is neither Cree, nor a lullaby. Written for voice, flute, and percussion, Somers’ “Kuyas” is an amalgamation of material, including several First Nations influences. The melody is based on a haunting Nisga’a lament, transcribed by ethnomusicologist Marius Barbeau and ­composer-conductor Sir Ernest MacMillan during their visit to the Nass River region of Northwestern British Columbia in the late 1920s. “Kuyas” is a Cree story, as recounted by a member of Saskatchewan’s Sweetgrass First Nation. Somers added text that he wrote himself using Cree grammar books, consulting a member of Alberta’s Cree First Nation, to whom the song is dedicated. Somers originally wrote “Kuyas” for the 1967 Montréal ­International Competition and later added it to Louis Riel.  It is a stand-alone piece and has been performed internationally since its ­premiere, separate from the opera.

The virtuosity required from the vocalists, the demanding instrumental parts, the complicated rhythms and musical layering make Louis Riel a difficult work to perform. At times, the music is intentionally dissonant and disturbing to reinforce the conflicts taking place on stage and emphasize the magnitude of the subject matter as interpreted by the work’s creators.

The Canadian content and Canadian ­creative team make Louis Riel an unprecedented portrayal of the founding of Canada and the challenges of Confederation. To date, the COC is the only professional opera ­company to have performed Louis Riel, but the sesquicentennial relaunch is a rare ­opportunity for audiences to see a Canadian composition of this magnitude.

Dr. Réa Beaumont is a pianist, composer, author and an expert in Canadian music. She has premiered over 50 works by composers that include R. Murray Schafer; her CDs are broadcast worldwide.