Soprano Suzanne Taffot’s journey to the stage has been somewhat unconventional. A lawyer by trade, she studied in Cameroon, France and Quebec before embarking on a second career in music, something she never thought would be possible.

“When I was growing up in Cameroon, becoming a classical musician wasn’t even a possibility,” she said. “After high school, I had three options: try to find a position as a government employee, continue my studies in literature or pursue law studies.”

Taffot was struck by the beauty and harmony of the voices of a parish choir after arriving too early for a Sunday service on campus in Cameroon. She decided to join in, more out of curiosity than anything else.

After moving to France to pursue further studies in law, she completed two master’s degrees while singing in various amateur ensembles in her free time. A colleague who noticed the natural qualities of her voice encouraged her to audition at the Conservatoire de Lyon, where she was admitted, to help her deepen her musical knowledge.

“It was difficult for me to sight read and I was very impressed by my friends who could sing the music they were given at first glance,” Taffot remembers. “I decided to audition but not because I wanted to become a professional singer. I was simply curious to learn more about singing and always wanted to improve.”

After emigrating to Canada in 2010 with her son and husband, Taffot went back to university to obtain her equivalencies and be admitted to the École du Barreau. She came across the name of Adrienne Savoie, a professor at the Conservatoire de musique de Montréal and Université de Montréal, by randomly searching for a local voice teacher on the internet.

“I contacted Adrienne and she took me in her studio as a private student,” Taffot said. “I explained to her that I was only looking to continue working on my voice out of passion for singing. After a few months, she suggested that I audition at Université de Montréal because it would be cheaper for me to be enrolled in the music program, where I would receive weekly singing lessons and complete musical training, than to continue taking private singing lessons twice a month. I got in, and that’s how the next step in my musical life began, by studying at the music department in the morning and going to law school at night.”

Just when she thought she had done all she could in music, Taffot discovered the potential of her voice during a summer program in Orford.

“Everything changed for me that summer,” Taffot recalls. “I was convinced that I would stop studying after I had completed my undergraduate degree. I sang in a master class for Lena Hellström-Färnlöf, a renowned Swedish voice teacher, and it all clicked. I loved our work together, the way she approached singing, her artistic vision and her honesty. The fact that a teacher other than my own believed in my potential made me realize that it might be possible to go even further.”

She began a master’s degree in voice at the Université de Montréal and started auditioning, notably for the Jeunes Ambassadeurs Lyriques. Thanks to this organization, she obtained some 15 scholarships and prizes, including the Quebec-Bavaria Lyric Scholarship to complete a training course at the Junges Ensemble of the Munich Staatsoper. She decided to open her own law firm, which gave her more freedom and time to devote to singing, and specialized in immigration and family law. Several competitions followed, including the Riccardo Zandonai International Competition in Italy, the Hans Gabor-Belvédère International Competition in South Africa and the Concours musical international de Montréal in 2018. 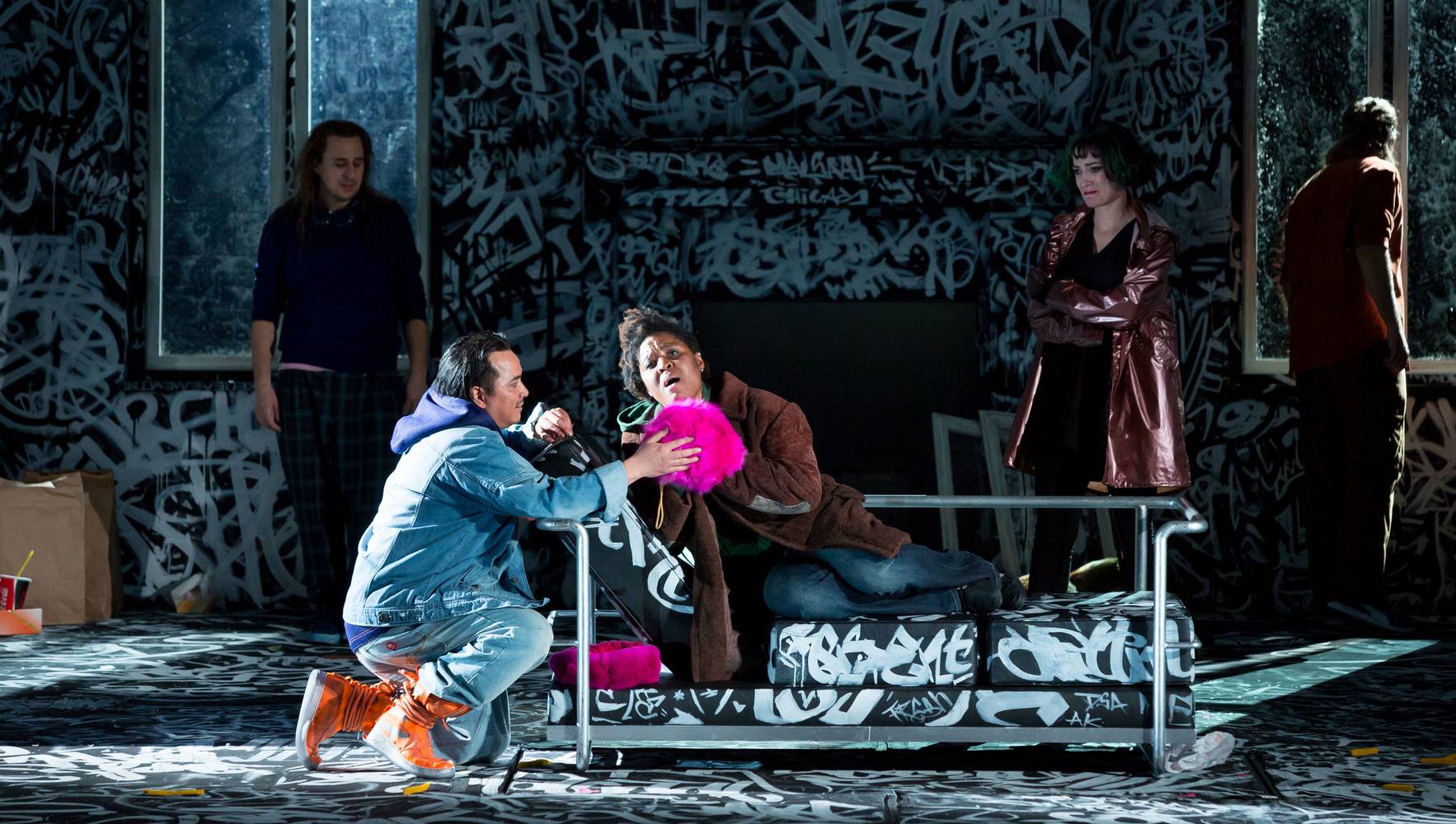 In 2019, she made her German debut singing Mimì in La Bohème at Munich’s Gärtnerplatztheater and was quickly invited back for another run of performances later that year. In January 2020, she made her debut in France, at the Limoges Opera, in L’enfant et les sortilèges, performing the roles of La Bergère de and La Chouette.

It was in the midst of the pandemic that she first had the opportunity to work with Yannick Nézet-Séguin. She was invited to sing Rachmaninoff’s Vocalise at an outdoor concert and then in Fauré’s Requiem (alongside bass-baritone Philippe Sly) and Dett’s The Chariot Jubilee at the Maison symphonique. They repeated the Rachmaninoff at Salle Wilfrid-Pelletier for a virtual concert.

“I am able to do all of this thanks to my team. My husband supports me from a family and personal point of view, my singing teacher helps me work on my voice and prepare performances by working around my schedule, and my colleagues at the law firm allow me to have a little bit of latitude when musical commitments become more demanding. Without them, I wouldn’t be able to do it.”

After recently becoming a second-time mom, Taffot is living proof that it is possible to reconcile work and family life.

“I would like to deconstruct the idea that it is impossible to be a mother and an opera singer,” she says. “It’s a discriminatory myth. You never hear about male opera singers who have to retire because they are too busy taking care of their children.

“All you have to do is make choices, organize your career and your ambitions according to your priorities. Obviously, it would not be possible to be a mother, a lawyer and on the road 12 months out of the year. I am satisfied with the pace of my two careers and fulfilled by my family life. If I can do it, anybody can.”

Despite several postponements and cancellations caused by the pandemic, Suzanne Taffot will soon be taking part in a Gala webcast by the Opéra de Québec. She will also perform as a soloist with the Chœur Classique de Montréal at the Maison symphonique in Dvorak’s Stabat Mater and will reprise the role of Mimì at the FestivalOpéra des Grandes Laurentides this summer.

She will also take part in another audition tour in Bavaria thanks to the Jeunes Ambassadeurs Lyriques. She encourages all singers, regardless of their origins, background or ambitions, to follow their dreams.

“When you have faith, it doesn’t matter how long it takes,” she says. “It will happen in the end.”