Sweden, unlike its neighbours, has no great composer. Norway has Grieg, Finland Sibelius, Denmark Nielsen and Sweden – blank. The one composer who might have filled the role was treated with such disdain by polite society that he lived all his life in grim poverty, never able to afford a piano. Allan Pettersson died aged 68 in 1980, leaving 17 symphonies that are still being slowly discovered. Although the government granted him a lifelong pension in his 50s, the Stockholm Philharmonic banned his music ‘for all time’ after a dispute over touring. Pettersson was working-class and dirt-poor. Sweden did not want to be represented by his music. 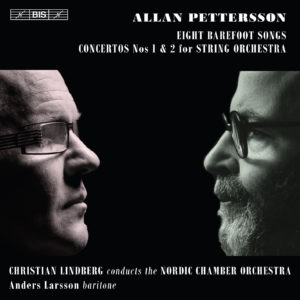 Of his originality there can be no question. The Hungarian exile conductor Antal Dorati was a noted enthusiast, making a powerful orchestral version of the Barefoot Songs, which are perhaps Pettersson’s most intimate and personal expression. Written between 1943 and 1945, when supposedly neutral Sweden was supplying Hitler’s war machine, the songs share the bleak scenery of Schubert’s Winterreise, along with a line or two of its lyrics. Pettersson, the outsider, turned inward like Schubert to a moral winter where only gritted teeth could sustain life. The songs, wistful and gentle, build incrementally into a portrait of loneliness, unrelieved by faith in anything greater than the power of music.

The baritone Peter Mattei, with pianist Bengt-Ake Lundin, interpret not just the songs but the silence between them as a testament in artistic compassion. Truly worth hearing.