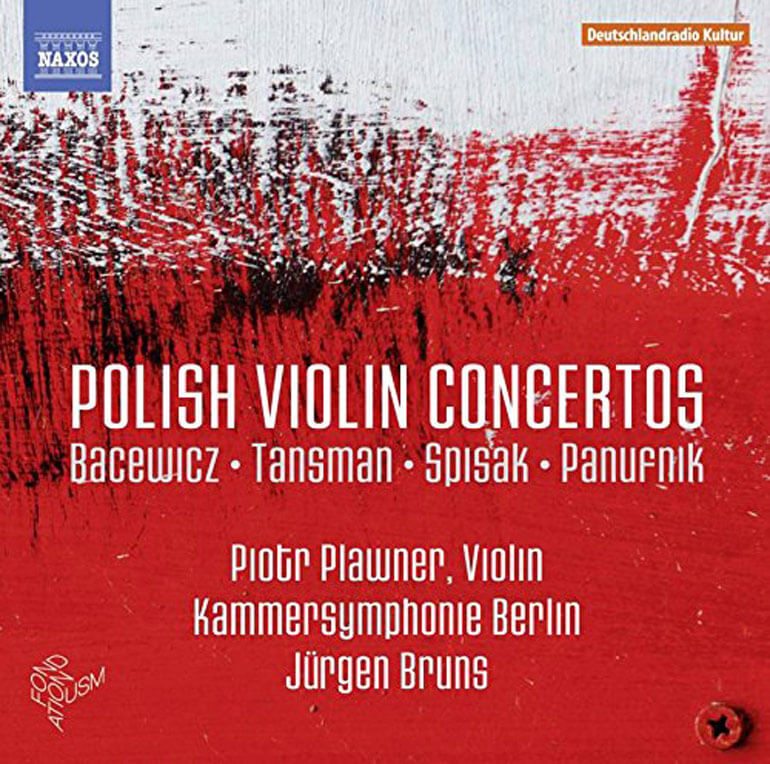 There used to be a truth, universally acknowledged across the record industry, that you could put out unfamiliar music with a famous artist or popular music with an unheralded performer but never attempt what Donald Rumsfeld might have called the unknown unknowns.

That fundamental truth was well and truly overturned by the rise of Naxos, which built its fortune on a catholic blend of neglected artists and untapped catalogue, often with salutary results. The present release is a case in point.

None of these four concertos is much performed, even in Poland where there might be a streak of national interest. Two of them are near-masterpieces. Grayzna Bacewicz (1909-69), one of the most interesting women to compose in the 20th century, is identified chiefly with post-War austerities. Her first violin concerto, written in 1937 when she was a young concertmaster of the newly-formed Polish Radio Orchestra, takes its opening cue from Stravinsky before scuttling off into a heady little world of its own, a world of dancing and emotion and the possibility of love. Such fun, I listened three times on the trot.

Andrzej Panufnik’s 1971 concerto is a reflection on exile, written beside the Thames at Twickenham and premiered by Yehudi Menuhin. Freed from the structural complexities of some of his symphonies, Panufnik is heard here at his warmest, most playful and least sentimental. The concerto has been a favourite of mine ever since its composer sought me out as a friend.

The other concertos – by Alexandre Tansman (1897-1986) and Michal Spisak (1914-65) – while never matching these heights of invention are full of interesting and pleasurable ideas, concisely delivered at around ten minutes apiece. No-one who picks up this album will feel cheated.

So why just two stars? Piotr Plawner is a dexterous soloist and the Kammersymphonie Berlin offer decent accompaniment, but the interpretations are safe and somewhat anonymous. Compare the Panufnik performance to Menuhin’s recording, or to the more recent Alexander Sitkovetsky, and it’s a Skoda beside a Mercedes, underpowered and requiring too much suspension of disbelief. On this occasion, bigger brand names might have delivered better performance. But then bigger names stick to the motorways of the repertoire, seldom travelling the byways.