Banned in Berlin and exiled in March 1933, Kurt Weill stayed for a while in Paris where he wrote a symphonic work to a commission from the Singer sewing machine heiress, Princesse de Polignac. The symphony was taken up by his fellow-exile Bruno Walter and performed three times in the Netherlands, but apparently nowhere else. It was not published until 1966 and remains an esoteric item, seldom performed or recorded. 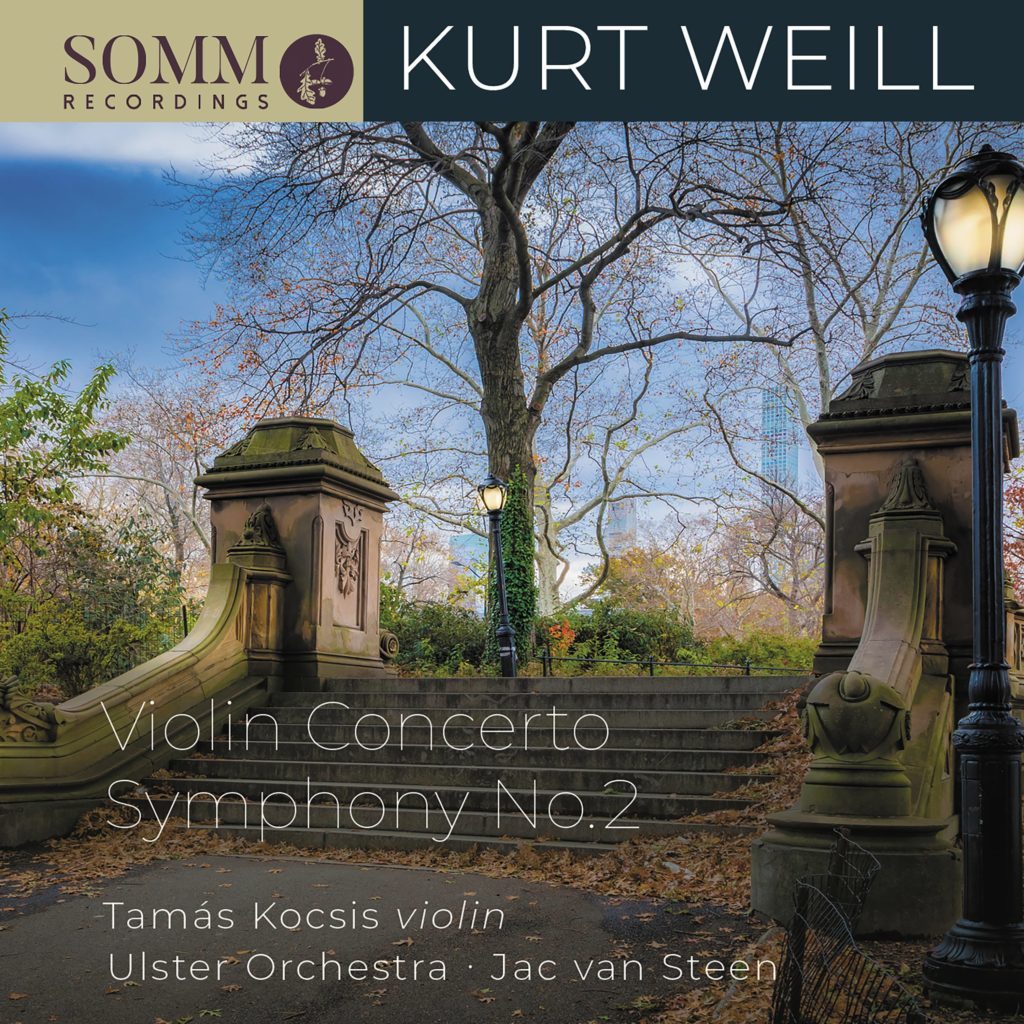 The present release by Jan van Steen and the Ulster Orchestra is by some distance the best I have heard, elegantly phrased and chock full of show tunes from the Brecht-Weill playbook. What’s not to like? The structure is totally secure and thematic development keeps the ear fully engaged for almost thirty minutes.

The Ulster Orchestra, on this form, are serious contenders for Euro 2022 – brilliant in brass passages and finely tuned in the strings. This symphony, Weill’s last pitch at a concert audience, really needs to get out more. Weill migrated to America and, unlike Erich Wolfgang Korngold, who kept hoping for rehabilitation in Carnegie Hall, he went straight to Broadway and never looked back.

Weill’s violin concerto, written in his early 20s as a student of Ferruccio Busoni, is imbued with his teacher’s ultra-seriousness and with a wind ensemble that echoes Stravinsky’s style at the time. If you heard it alongside Alban Berg’s concerto, written in 1935, you would wonder which is the more advanced. There’s some really kooky stuff going on between the triangle and the xylophone. Tamas Kocsis is the excellent violin soloist.

At a time when orchestras are more confused than ever about what to play, these two works need to be thrust forcefully to the top of the pile. Weill was a brilliant, calculating composer whose music never outlasts its welcome or overheats – the best possible reason to hear it in August.