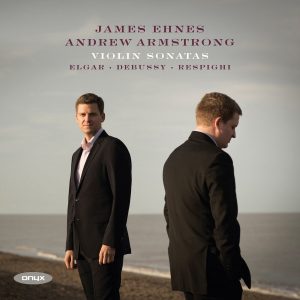 After two years of creative trauma that silenced almost every leading composer, the latter half of the First World War yielded works of extraordinary intimacy.

Claude Debussy, responding to a terminal diagnosis of rectal cancer, wrote three intense sonatas for varied instruments and piano. In the last concert of his life, in September 1917, Debussy accompanied Gaston Poulet in the violin sonata, a work of fizzing energy, utterly lacking lament or regret. Gone is Debussy’s distancing feline detachment. The sonata closes on a ‘very animated’ springlike dance, a smiling might-have-been. Debussy died in March 1918, within sound of German gunfire, at the age of 55.

Edward Elgar broke his wartime silence in August 1918 with a sonata of great beauty and bewilderment. Unable to make sense of his world, Elgar clung to melodic simplicity and a virtuosic line on the violin, his own first instrument. In the lower registers, one hears stirrings of his great cello concerto, almost a fresh start.

In Italy, Ottorino Respighi took the key of B minor but avoided morbidity. The Andante of his sonata reads like a love song. Only in the finale does one hear the nearness of war. Meanwhile, far to the north, awaiting his country’s independence, Jean Sibelius wrote a brief, melancholic Berceuse.

This thoughtful album, an anatomy of Europe torn apart, is deftly played by James Ehnes and Andrew Armstrong, calibrating instrumental equality in Debussy and violin dominance in Sibelius. I haven’t heard the Elgar played so eloquently in decades, or the Respighi so lyrically. It’s a flawless record, a five-star. You won’t see many of those.