You are at:Home»Classical Music»Lebrecht Weekly – The alternative record of the year
Advertisement / Publicité 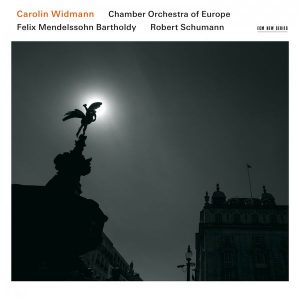 Most critics pick their album of the year from the ones they reviewed over the past 52 weeks. I’ve decided to choose from the ones I haven’t, the ones that for one reason or other failed to make the weekly cut.

So much good stuff out there. Try Peter Donohoe’s new set of the Scriabin sonatas (Somm ****), the early ones especially showing where Rachmaninov might have gone if he had followed fantasy to the end of the flight. And Boris Giltburg’s account of the Rachmaninov’s Etudes-tableaux (Naxos ****) has not strayed far from my player all year long. I hear something new every time I play it.

Daniel Barenboim’s doodling On My New Piano (DG **), showing off a custom-built instrument with a marvellous set of Beethoven variations and Liszt’s riff on Parsifal, and slightly less marvellous in Scarlatti, which only Horowitz could bring off on a grand. Oh – and one other pianist: Lucas Debargue is riveting in four Scarlatti sonatas in his second Sony release (****), adding his own adaptation of a fifth Scarlatti piece to establish an unmistakable major-label identity.

The year’s duds? Jonas Kaufmann’s Dolce Vita (Sony *) feels all wrong. Setting aside the misfortune that has sidelined the German tenor for three months, and from which we wish him a speedy recovery, Kaufmann sounds all at sea in Bocelli’s torch-song ‘Caruso’ and doesn’t improve much as he plumbs the depths of pop. His Italian diction is perfect and he sings in tune, but idiomatically he’s all over the place.

The dullest orchestral playing I’ve heard all year was the Vienna Philharmonic, accompanying Rudolf Buchbinder in the two Brahms concertos, conducted by Zubin Mehta (Sony *). Was anyone awake? At the other end of the spectrum, Jiri Belohlavek and the Czech Phil were all helter-skelter in Dvorak’s Slavonic Dances (Decca **), someone please give them a coffee break. Better paced by far was the second segment of the Naxos Ring – Die Walküre from Hong Kong, conducted by New York’s incoming chief Jaap van Zweden. Also luxury cast – Stuart Skelton, Heidi Melton, Matthias Goerne, Petra Lang (****).

New to my ears, and utterly delightful, were lyrical violin and cello concertos by Christopher Gunning, a film and television composer whose concert works are – on this reckoning – both original and expressive (Discovery ****), with two fine soloists in Harriet Mackenzie and Richard Harwood. I received a fine account of John Adams concerto by Tamsin Waley-Cohen (Signum **), but give me Gunning any day.

1 Joyce DiDonato: In Peace and War (Warner) – a signature baroque programme from an indispensable singer (no need to review the obvious).

2 Jerusalem Quartet: Bartok (Harmonia Mundi) – like it says on the tin: the harmonies of the world.

3 Daniil Trifonov: Transcendental (DG) – the title is no exaggeration. 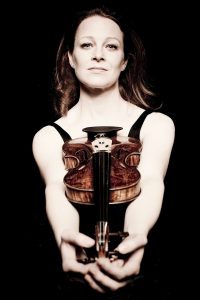 And the Alternative Album of the Year is –

Carolin Widmann, with the most penetrating, unfussy account of the Mendelssohn concerto I have heard in years. Normally blazed away with an excess of swagger and bravura, the concerto is taken by Widmann with the Chamber Orchestra of Europe back to its intimate origins in the Mendelssohn parlour, played as domestic conversation and communication. So much pleasure, so much pain. A recording to last a lifetime.