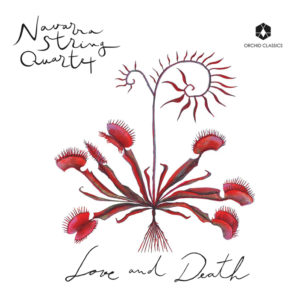 You’ll often hear me telling people a couple of generations down the line that they should ­listen to new music of our time rather than Beethoven and Mahler, which they will enjoy better once they are in their 50s. Can’t say I’ve made many converts. All the usual excuses: get home from work, make supper, put the kids to bed, veg out on the sofa, no concentration left for the squeaks and squawks of contemporary composers.

Yeah, been there, done that. But I’m not ­giving up trying to persuade younger people to listen to the new. Wrap your ears, for ­instance, around Eighth Blackbird’s new album, which engages three US composers – David Lang, Julia Wolfe and Michael Gordon – with fragments from the Beatles’ ornithological song. Remember the Beatles? They were contemporary composers of the ­mid-20th century, not much heard today.

I love what these tonalists do with the Beatles’ bits and pieces. A snippet of “Eleanor Rigby” catches my ear, in between arrays of bathroom noises, interactions and actual tunes. The album’s only 45 minutes long but I could sit and listen to it for hours.

The Navarra Quartet’s Love and Death flickers from sombre to sombrero. A bullfighter’s lament by Joaquin Turina (1882-1949) is utterly new to me. I’ve dropped a line to the torero advising him to retrain as a ­musician for post-Covid employment.

The star turns on the album are by the Hungarian microminimalist György Kurtág (b. 1926), who requires all of your attention for all of one or two minutes and rewards your effort more richly than you could ever imagine. The rest is Puccini’s Chrysanthemums, Janacek’s “Kreutzer Sonata” Quartet and Schubert’s “Death and the Maiden” – all beautifully played but not a patch on the three novelties. New music is good. Try some.