January is the month when we all stop drinking, go vegan, return to the office and listen to clarinet music. At least, that’s the conclusion to be drawn from the CDs that have been dropping through my door. 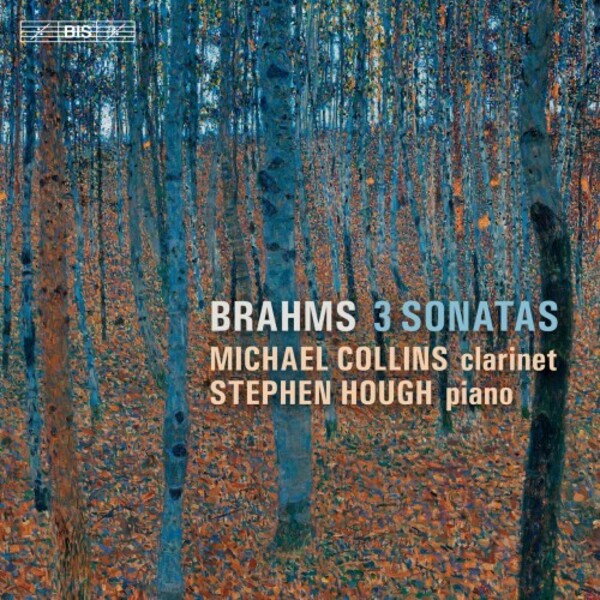 Three sonatas by Brahms? I knew two, but Michael Collins has adapted the 1886 violin sonata into a clarinet piece and, to no surprise, it doesn’t work. Collins is a superb player with a conductor’s ear for variegation and his pianist, Stephen Hough, has a composer’s sensitivity. But Brahms knew his way around the violin and was some years short of falling in late love with Richard Mühlfeld’s ambitious clarinet. In the adaptation, Collins’s most mellifluous turns sound far too smooth. My ear cries out for that fiddle-diddle edge that Brahms wrote for Joseph Joachim.

Collins and Hough provide an agreeable account of the 1894 pair of clarinet sonatas, opus 120/1 and 120/2. Agreeable, but not overwhelming. For some reason I have bever fathomed, these deathbed works respond better to busy young digits than to 100 years of combined stage experience.

Even the world-weary Arthur Honegger sounds like a crisp breath of January air.

Maximiliano Martin’s survey of French Origines et departs is another matter altogether. A Spanish principal in the Scottish Chamber Orchestra, partnered here by the Scottish pianist Scott Mitchell, Martin brings a touch of Ravel’s Iberianism to the 1921 deathbed sonata by Camille Saint-Saens and a comparably late work by Francis Poulenc.

This soloist positively luxuriates in the sounds he makes, exerting a storyteller’s grip on the listener’s ear. Even the world-weary Arthur Honegger sounds like a crisp breath of January air. The unseasonal cherry in the fruitbowl is an elegiac waltz by one Eddie McGuire, a vista of austere Scottish hills in the lengthening afternoon. You won’t want to miss it.