There are two parts to the competition, a private part for a small audience of COC donors and members of the media and a public part for anyone who purchased a ticket. 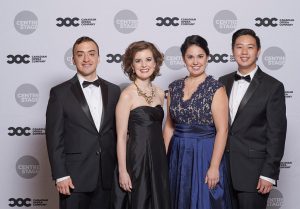