Notman, a Visionary Photographer at the McCord

Vintage photography lovers won’t want to miss the exhibition on William Notman, the first Canadian photographer to have an ­international reputation. This show offers a new perspective on Notman’s career, featuring over 300 photographs alongside objects drawn from the McCord Museum’s collection. There will be vintage prints with multimedia installations and interactive devices for ­visitors to understand the context of the ­images in the 19th century and Notman’s modern approach to photography. Until March 26. www.musee-mccord.qc.ca 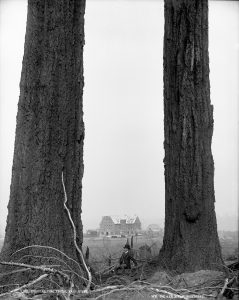 Known for his controversial multidisciplinary artwork, Belgian artist Wim Delvoye takes the spotlight at DHC/ART with an exhibition that will delve deep into a range of related topics, from branding and economy to technology and globalization. The series Car Tyre (2011) elevates the status of the rubber tire to an object of art with hand carved ornamental designs. Included is a ­selection of Delvoye’s tattooed pigskins – a project that caused outcry among animal rights activists, and whose goal is to raise questions about class, value, and craft. November 30 to March 19. www.dhc-art.org

The New Storytellers II at the Phi Centre

In partnership with New York’s Future of ­StoryTelling (FoST), Phi presents a second edition of The New Storytellers with the theme Real and Virtual Worlds: Blurring the Boundaries. Local and international leaders from the worlds of entertainment, technology, and ­advertising are featured in discussions about virtual and augmented realities and how they are changing the practise of storytelling to be more interactive, immersive, and three-­dimensional. Three panels will be presented with world-renowned speakers, including Charles Huteau, Creative Director at Ubisoft Montreal studio; Monika Bielskyte, Creative Strategist; and Susan Bonds, CEO of 42 Entertainment. December 7. www.phi-centre.com