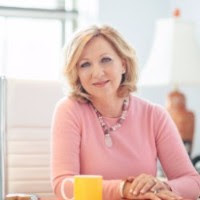 I am delighted to announce that Montreal-born Robert Charlebois, a major Quebec star across all francophone cultures, is the CMIM 2017 spokesperson. With a career spanning over 50 years showcasing Montreal on stages worldwide, Robert Charlebois is the perfect ambassador for our competition as this year marks both our 15th anniversary and Montreal’s 375th anniversary.
– Christiane LeBlanc, Executive and Artistic Director –

“I am thrilled to be joining forces with the CMIM. Hats off to these young virtuoso pianists who have to present two recital rounds before performing the final round with none other than our national treasure the Orchestre symphonique de Montréal. I am inviting you all to come out and encourage each and every one of those talented competitors and do your part to contribute to the development and promotion of today’s finest young pianists,” declared Robert Charlebois.

Author, composer, musician, and performer Robert Charlebois launched his career in the mid-‘60s, carving out his own special place on Quebec’s music scene and influencing an entire generation of musicians. Following in the footsteps of his compatriots Gilles Vigneault and Félix Leclerc, he has established himself as one of the key figures of French Chanson in Québec and abroad. A fan of classical music, Charlebois collaborated for the first time with a symphonic orchestra in 1971 at Place des arts for a concert with the Orchestre symphonique de Montréal led by Leon Bernier. Since then, he has never turned down opportunities to play with an orchestra.

The CMIM recently revealed the identities of the 24 competitors, 6 women and 18 men from 15 countries, selected to compete in its piano edition from May 2 to 12. Find out who they are here!

BOX OFFICE
Experience the CMIM first-hand and come support the competitors – the best musical athletes in the world!