For Immediate Release, October 20, 2020 … The vibrant, expressive musical palette of cellist Matt Haimovitz and the graceful insight of pianist Mari Kodama meld in MON AMI, Mon amour, the new album from the PENTATONE Oxingale Series, available internationally on November 6, 2020. Haimovitz’s soaring cello and Kodama’s incisive piano flow together in constant, colorful conversation for rarities by sisters Lili and Nadia Boulanger, in the poignant Kaddish by Ravel and the melancholic Élégie by Milhaud, for iconic works by Poulenc and Debussy, and in beloved gems by Fauré. Framed by the 20th century’s two world wars, these French composers overcome profound moments of darkness, never losing sight of their joie de vivre.

An experience with the Poulenc Sonata – a work replete with musical ironies – set in motion the idea for MON AMI, Mon amour. In 2016, while working with a student on this sonata, Haimovitz reached for the score and lost his balance. His priceless 1710 Goffriller cello crashed to the ground, dramatically breaking in two. After the attentions of an expert luthier, the cello emerged 15 months later to new life. The cello and Haimovitz are reunited on this recording.

“Poulenc illuminates the human instinct to connect, to engage, to share life and love with each other,” Haimovitz notes. Recalling the recording sessions, he continues: “It feels like a dream … making music without a care in the world – certainly with no worry of viruses and social distancing. We played the music of French masters to our heart’s content … the memories of friendship, and once again being transported to this pictorial sound world, takes me out of the oppression of this moment.” 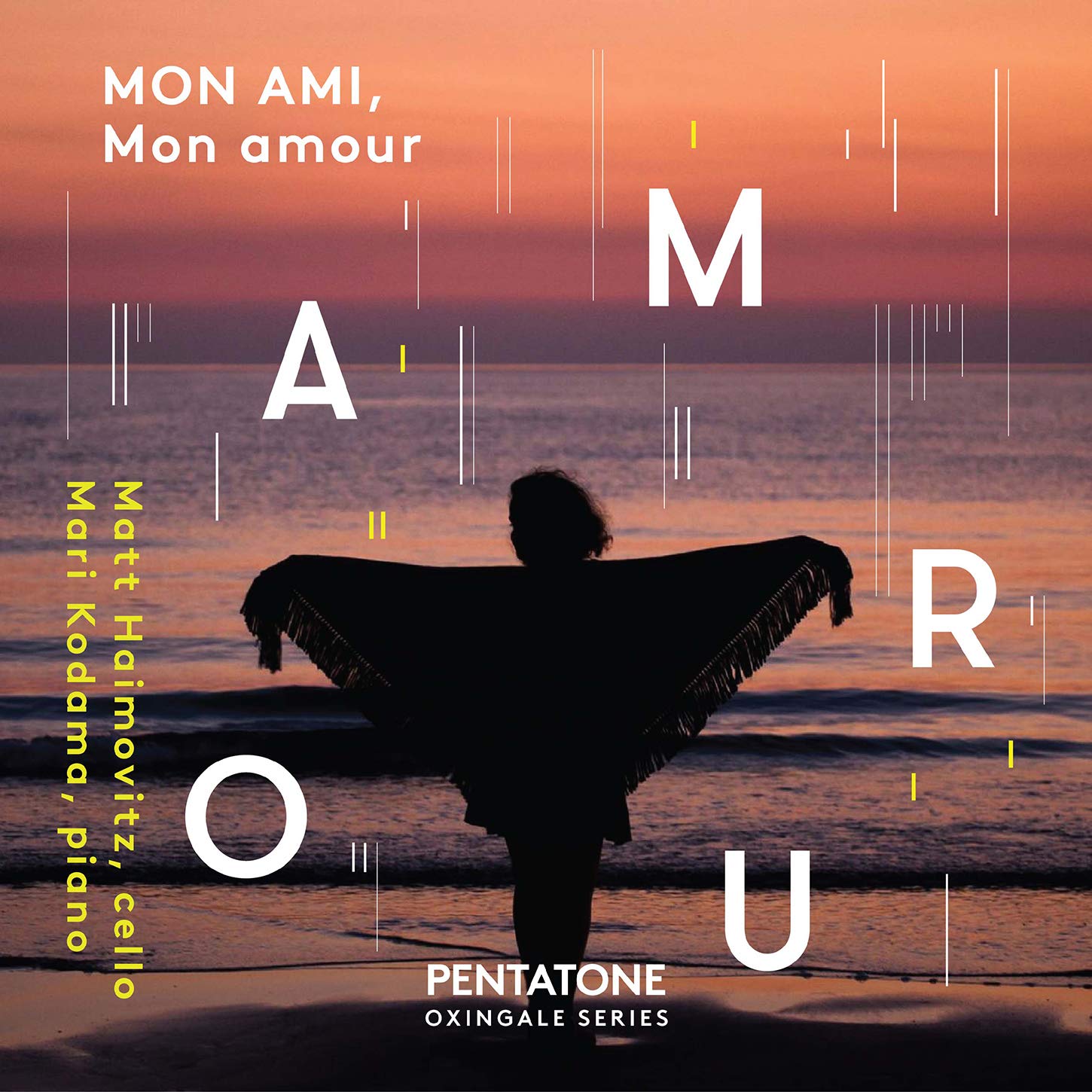 MON AMI, Mon amour marks the 20th anniversary of the ground-breaking, Grammy Award-winning OXINGALE RECORDS. Launched the in 2000 by cellist Matt Haimovitz and composer Luna Pearl Woolf, the label embraces both mind and heart, melding genres and boldly navigating between the worlds of classical, new music, Jazz, crossover and opera. Releasing their recording of the Bach cellos suites in 2000, Haimovitz boldly took the music of Bach into then-unimaginable venues for classical music, like punk palace CBGB, sparking what would become the alt-classical genre. This was followed by his 2003 tour of “Anthem” to all 50 US states. Cutting-edge collaborators over two decades have included DJ Olive, David Sanford, John McLaughlin, pianist Christopher O’Riley, the Miró Quartet, and conductor Dennis Russell Davies, among many others. January 2015 marked the debut of the PENTATONE Oxingale Series, a new partnership with the Netherlands-based label, renowned for its discerning artistic quality and superior audiophile technology.