You are at:Home»La Scena Online»Newswire»The Festival de Lanaudière’s programming: A summer based on the theme of love and war 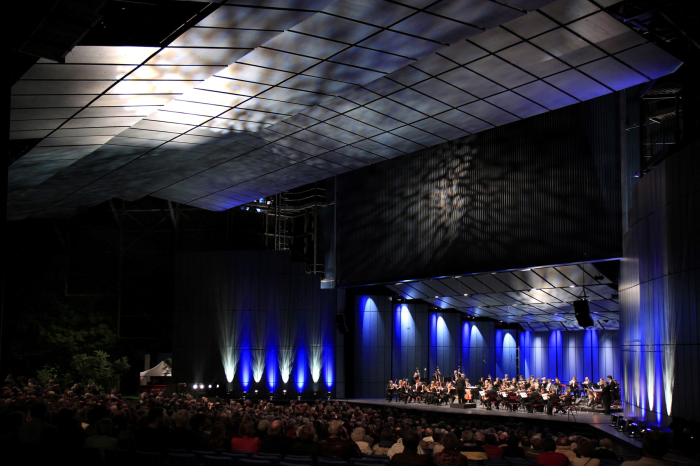 Joliette, May 14, 2018 – The Festival de Lanaudière sets the stage for its 41st season with programming in which love and war unite as intertwining states of mind that have inspired music and art. From July 5 to August 5, music lovers are invited to uniquely pleasant experiences in rural surroundings, both at the enchanting site of the Fernand Lindsay Amphitheatre and at regional churches.

For his first Festival as artistic director, Gregory Charles has drawn on personal resources to devise a program festival-goers can truly look forward to. “I wanted to leave my mark on the Festival by infusing it with emotional power – what elates us with joy and what provokes violence and disarray. A summer in which two forces – love and hate – confront each other on the field of battle. Which one will win? Both, and they will fascinate us. Come experience these emotional forces with us.

A summer of searing emotion at the Amphitheatre

The honor of presenting the first concert at the Fernand Lindsay Amphitheatre on Saturday, July 7, goes to the Orchestre symphonique de Montréal and cellist Alban Gerhardt, led by Susanna Mälkki. With its program of romantic music by Berlioz, this concert will give us a taste of what the season holds. On Sunday, July 8, Alain Trudel and the Orchestre symphonique de Laval offers distinctly contemporary, energizing repertory by Michael Daugherty, George Gershwin, and John Adams.

The second weekend opens on Friday, July 13 at the Amphitheatre with Roderick Cox, one of the leading African-American conductors, and pianist Stewart Goodyear performing music of spiritual, heavenly, and earthly love by Goodyear, Barber, Gershwin, and Rachmaninoff. OnSaturday, July 14 Krzysztof Penderecki’s St. Luke Passion will receive its Canadian premiere with Kent Nagano conducting the OSM. Here is your unique opportunity to hear this deeply-felt, emotional work describing the passion of Christ. Immediately afterward the orchestra takes off for Europe, where it will present the same work at the opening concert of the Salzburg Festival. On Sunday, July 15, the Jireh Gospel Choir and soloist Kim Richardson share their love for this colorful, spiritual music with contagious enthusiasm.

Saturday, July 21 brings a tribute to Céline Dion, our Lanaudière diva who is celebrating her fiftieth birthday this year. Some of her most beautiful songs will be heard against an orchestral backing. The Amphitheatre will resound with the Orchestre du Festival de Lanaudière and renowned musicians like Marc Hervieux, Marie-Ève Janvier, Johanne Blouin, Kim Richardson, and Alexandre Da Costa.

The penultimate weekend begins on July 27 with the Canadian National Brass Project, which consists of some of the finest brass players on the continent led by James Sommerville. Tchaikovsky, Wagner, Holst, Mussorgsky, Bernstein, Giovanni Gabrieli, Calixa Lavallée, Morten Lauridsen, and Eric Crees are on the program. On Saturday, July 28, the Festival welcomes the English choral conductor Stephen Layton, one of the most highly regarded in the field, who will conduct music of the hugely-popular Karl Jenkins. On Sunday, July 29, Stéphane Tétreault, a Lanaudière favorite, will share the stage with eleven other cellists in a varied program that includes music of Bach, Vivaldi and Debussy.

The Festival will close with the Orchestre Métropolitain and pianist Marc-André Hamelin, led by the orchestra’s music director Yannick Nézet-Séguin. Concerts on this final weekend will explore the themes of war and resistance to Nazism. August 4 brings an all-Bernstein program. The Chichester Psalms, in their melancholic beauty, offer a message of hope and peace in a war-torn world. Symphonie No. 2 (The Age of Anxiety) delves deeply into man’s search for faith. The season concludes on August 5 with one of Shostakovich’s best-known works, the Seventh Symphony, which became a symbol of resistance to Nazism and militarism.