Montréal, January 22, 2019 — 24 of the world’s most promising young violinists—15 women and 9 men between the ages of 16 and 28, from 13 nations—have been selected to participate in the CMIM (Concours musical international de Montréal) running from May 29 to June 5, 2019. The United States leads the selection with seven violinists, followed by Japan and South Korea with 5 violinists each. Germany is represented by two competitors and the following nations are each represented by one competitor: Austria, China, Czech Republic, France, Latvia, Russia, Spain, Taiwan and Ukraine. The 24 competitors will vie for over $150,000 in prizes, awards, and grants, including a First Prize worth more than $100,000. Here is the list of the Violin 2019 competitors: 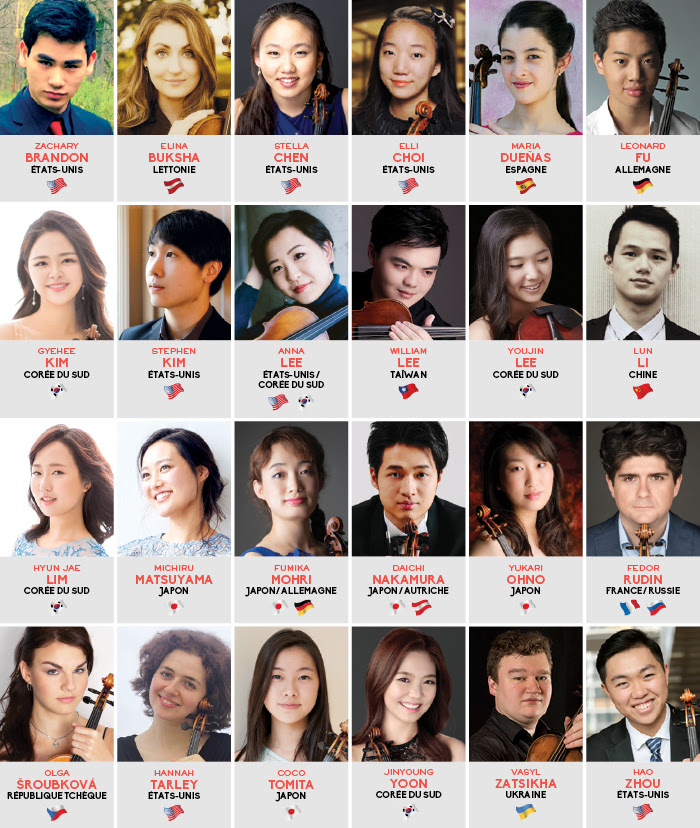 The Final round will take place on June 4 and 5, both at 7:30 pm, at Maison symphonique, where violinists will be accompanied by the Orchestre symphonique de Montréal led by guest conductor Alexander Shelley. Before each final, jury member Cho Liang Lin (June 4, 6:30 pm) and maestro Alexander Shelley (June 5, 6:30 pm) will participate in a pre-concert talk.

Founded in 2002, the CMIM (Concours musical international de Montréal) aims to further the development of the world’s most promising young singers, violinists, and pianists, while making classical music more accessible to the greatest possible number of people. The CMIM is held annually and features three disciplines (piano, voice, and violin) in a three-year rotation. Since its first edition dedicated to Voice in 2002, 3,700 hopefuls have entered the Competition, and close to 500 have been welcomed to perform in Montreal.