You are at:Home»Scena Arts»Dance»Toronto Dance: Hofesh Shechter at the Harbourfront Centre
Advertisement / Publicité

There is no doubt that universally celebrated choreographer and composer Hofesh Shechter is the prince of the contemporary dance. Raised in Israel, Hofesh Shechter was first introduced to music and folk dance. He later became interested in contemporary dance, under the influence of the great Ohad Naharin and subsequently some European companies (Nederlands Dans Theater, Sadler’s Wells). Established in London since 2008, he now collaborates with many companies worldwide (Opéra de Paris, Metropolitan Opera…). His gestural language keeps trace of his first influence and is often commanded by conflicting emotions which unveils the musicality of the bodies – as well as a blazing interiority. 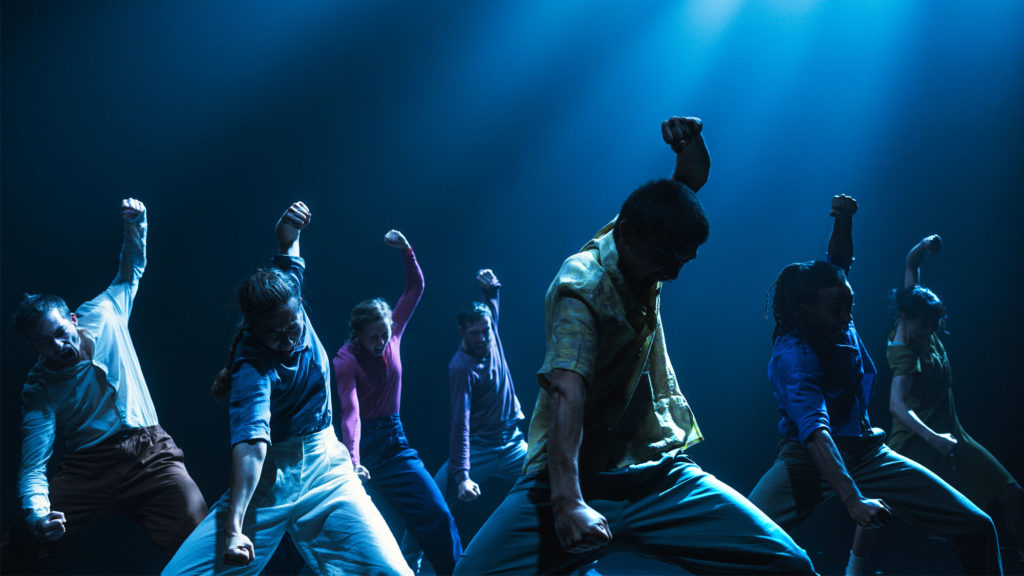 Double Murder is a double bill featuring the very strong and quite violent Clowns (2016), which has been all over the world and was produced as a 2018 dance film for the BBC. «This first piece looks at our apathy with regards to violence. Are we becoming desensitized by violence?” asks Nathalie Bonjour, Director, Performing Arts at Harbourfront Centre. The second piece of the evening introduces The Fix, a gentler piece which premiered in London in September 2021, where performers show vulnerability and connect to each other. Hofesh Shechter choregraphed The Fix during the pandemic and it is almost the opposite of Clowns. Nathalie Bonjour adds: “As a member of the audience, you can’t help wonder if it is the same artist who choreographed the two pieces and you experiment a very rich and deep evening of dance”. 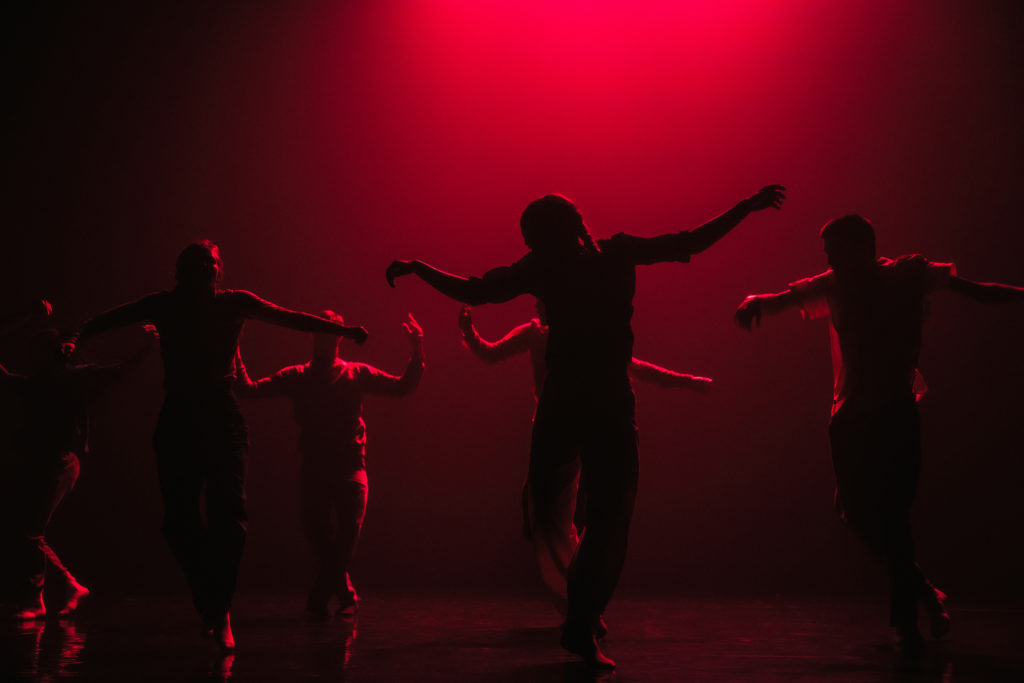 A moment of the meditative choreography The Fix, by Hofesh Shechter. Photo @ Todd MacDonald.

Hofesh Shechter was a musician before he became a dancer, he started playing music at a very young age, switching from piano to drums. He composes the music for his shows himself and considers these elements of performance to have no hierarchy. The importance of music in his works and in the creative process is huge, as he comes to the dance studio with pieces he has composed to create the choreography with the dancers, and he also modifies the music depending on the dance that emerges in rehearsal.

Hofesh Shechter demonstrates what an art of popular origin can become when intelligence seizes it and makes it a sovereign means of expression and invention. Double Murder, not to missed. An Ontario première! October 27–29, at Fleck Dance Theatre .