After two long years, the new co-artistic directors of the Festival TransAmériques (FTA), Martine Dennewald and Jessie Mill, announced a renewed international festival will be held in Montreal from May 25 to June 9. The two women, who have crossed paths at various festivals for several years, wanted to build on exchange and dialogue. Well-known to Montreal festivalgoers, Jessie Mill worked as artistic and dramaturgical advisor while Martin Faucher was head of the festival. Martine Dennewald, a born Luxembourger, directed the Festival Theaterformen in Brunswick, Lower Saxony (Germany) for six years. 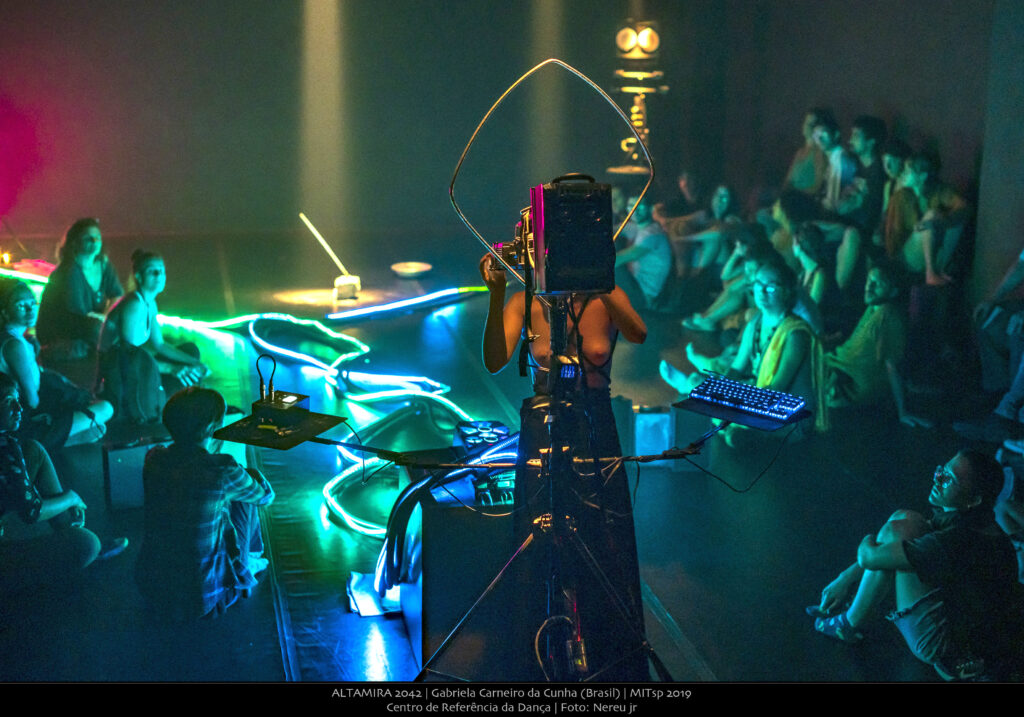 “We have to think about where we are today, taking into account the events that our societies have gone through in the past two years; because, of course, there was the terrible pandemic, but also #metoo, George Floyd, Joyce Echaquan and, today, the 10th anniversary of the Printemps Érable,” Jessie Mill said at the press conference to launch FTA’s 2022 program of 23 shows. The stage is set: society has changed and FTA won’t step aside and watch; it wants to be a tool of transformation. A wind of change is blowing through the festival, and it affects both the internal workings of the event and its rich programming.

The whole world is attracting the two women, especially the less well-connected regions. The co-directors talk about two artists from Sahel and Burkina Faso and the transportation issues they face in considering travel from two war-torn sub-Saharan regions to Montreal. “Does each trip have the same value and the same cost?” asks Dennewald, a regular at the Festival Les Récréâtrales in Ouagadougou (Burkina Faso).

This year’s program lays the groundwork for future editions as the duo, supported by David Lavoie as administrative director, is thinking in the long term. “We want to insert the festival into the circulation of works in a clever way and open up routes for artists who are not yet well-known here and, therefore, avoid them [having]to make a stopover in Europe,” says Dennewald.

The FTA is thus starting a new conversation with the African continent, with the presence of artists such as Qudus Onikeku, from Nigeria, who opens the 16th edition of the FTA with Re:Incarnation, a large-scale production of 10 dancers and two musicians, which takes us into the realm of the dead (Théâtre Jean-Duceppe, May 25-28). In L’homme rare, Côte d’Ivoire choreographer Nadia Beugré, who examines masculinity and notions of gender, explores male hip and buttock movement—a taboo in West Africa—offering five amazing dancers almost naked. New: the show will be offered in audio description (Théâtre Rouge du Conservatoire, May 29-June 1).

On the theatre side, Odile Sankara and Aristide Tarnagda give a theatrical reading of La plus secrète mémoire des hommes, the winning novel of the Prix Goncourt 2021, by Senegalese author Mohamed Mbougar Sarr (Monument-National, May 26-28). Senegalese author Felwine Sarr and actor Étienne Minoungou perform Traces, which tells the story of an exiled African who returns home to dream of the future (Maison Théâtre, June 3-5). To end the journey, Montreal’s proud Théâtre de la Sentinelle creates its version of M’appelle Mohamed Ali, by Congolese playwright Dieudonné Niangouna (Quat’sous, June 7-9).

The shape of water

For Holoscenes, the American performer Lars Jan installs a huge aquarium of 12 tons of water and throws performers in it, questioning climate-change issues. Free performance (Esplanade Tranquille, May 25-29).

Brazilian artist Gabriela Carneira da Cunha invites you to Altamira 2042, a “techno-shamanic” and “eco-feminist” performance about the construction of one of the world’s largest dams in the Amazon and the ensuing revolt of the indigenous populations. Promising. (Wilder, May 26-29). Also from Brazil, Alice Ripoll’s Lavagem—the joyful show around the notion of cleaning, literal, metaphorical and splashy is recommended by Martine Dennewald (Usine C, June 1-4).

Artists Alix Dufresne (Hidden Paradise, FTA-2019) and Étienne Lepage (FTA-2013, 2016, 2018 and 2019) work together for the first time on Malaise dans la civilisation, a proposal that probes the limits of theatre (Théâtre Prospero, May 28-June 1).  Festival regulars will be delighted to meet again with  Euripides Laskaridis in Elenit. Delirium, poetry and grotesque in sight (Théâtre Jean-Duceppe, June 1-4). Do you remember Korean artist Jaha Koo and his talking rice cooker (Cuckoo, 2019)? The pair returns with The History of Korean Western Theatre (Centre du Théâtre d’Aujourd’hui, June 2-5).

After the huge success of Windigo, Phantom Stills & Vibrations (FTA-2018) and This Time Will Be Different (FTA-2019), Oji-Cree and Mennonite choreographer Lara Kramer brings to life a world where stories show the impact of our actions on future generations in Them Voices  (Espace Libre, June 4-7).

“We need to be numerous, because there is a lot to rebuild,” David Lavoie said with emotion. Artists from 18 countries will gather in Montreal to present their work as part of the festival, so be part of this renewed celebration.