As the pandemic still rages, it’s been tough sledding for the arts. Performing arts in particular have been hard hit and the outlook remains uncertain. Just look at the summer season just past, when festivals were obliged to lock down along with the rest of society.

Yet, some events found an alternative in the Worldwide Web. Both Montreal’s main jazz festival and the alternative Suoni per il Popolo livestreamed shows last June featuring small combos playing on camera but with no audience on hand. As things started to reopen, two dedicated jazz clubs, the Dièse onze and the Upstairs Jazz Bar, were back in business while limiting shows to weekends and restricted seating arrangements.

For a good 15 years, the Off Festival de Jazz de Montréal would get the fall jazz season underway, a role it intended to keep in 2020. Like its June counterparts, it too will test the virtual waters, opting for a slim five-show format in the first days of October. But there will be an audience, albeit limited. (See complete program below.)

Harmonicist Lévy Bourbonnais, OFJM’s headman for over a decade, provides the following explanation behind its decision to go ahead: “Last March, when the lockdown was announced, we had our schedule pretty well together. Then came the shutdown of the summer festivals, and that put us on the spot because we didn’t know what that meant for the later part of the year. So it was either go ahead as planned, or cancel, or else find some kind of alternative. I would have waited it out a bit more, but in June we had to commit, so we went for this mixed approach, of live shows with simultaneous broadcast.”

The original plan, however, was four shows only, two double bills on consecutive nights. Serendipitously, the Salle Bourgie of the Montreal Museum of Fine Arts had included a jazz show in its fall schedule that fell on the first day of the month, so its organizers approached the Off, and thus came about the fifth show, and a first co-production arrangement between us and them. The evening will feature a quintet headed by trumpeter Lex French, joined by four prime local sidemen, notably Frank Lozano on tenor sax and bass clarinet.

Up Front from Down Under 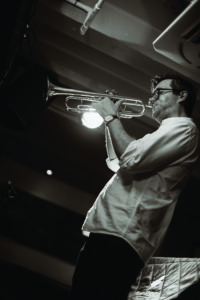 Lex French is one of Montreal’s best-kept jazz secrets. So much so that he belongs to that “musician’s musician” category known to those with an insider’s track. The reason is his status as something of a recent arrival to our town from his distant homeland of New Zealand. As to why one would ever make his way here from Down Under, French’s decision is related in part to his father, a native of the province, who first brought his son for a visit as an infant. Early in the new millennium, he returned to Montreal to pursue an MA in music at McGill, earning his degree in 2013.

“When I finally settled here four years ago, it wasn’t like I was an unknown,” French says. “I already had a network of contacts, and Joe Sullivan was very helpful to me during my studies here. But the strange thing for me now is that I’d get calls for gigs from people who I didn’t know at all, which might say something about how the word goes out.”

Now 37, Lex started early, thanks to his mother. At five, he had his hands on the keyboard; four years later he took up the trumpet, listened to records brought home, the cherry on the sundae for him being the discovery of Miles Davis. This only confirmed his instrument choice.

While he makes his festival debut as a leader, he is no stranger to the Off, having appeared as a sideman since taking up permanent residence in the city. He has also been on call by the Orchestre national de Jazz Montréal when a fifth trumpet is required, like when the group’s chief composer and arranger, Jean-Nicolas Trottier, beefs up the section by one. French is also part of the co-op band CODE, sharing frontline duties with saxophonist Christine Jensen. This combo was primed last April to play at the annual JazzAhead music fair in Bremen, Germany, before the virus nixed the whole thing, its program fortunately rescheduled for the same time next year.

For his Montreal date, Lex French has put together an eclectic repertoire that spans genres and time periods. For one, he will revisit a 1920’s jazz classic, King Oliver’s West End Blues, made famous by his disciple Satchmo Armstrong, then borrow a Peruvian love song from the ancient Inca civilization, a lullaby of Manuel de Falla (Nana) originating in Spanish folklore as well as a québécois traditional number yet to be decided on as of this writing. Woven into this mix will be two of his originals inspired by the myths and legends of his homeland’s native Maori people and an Anglo-Saxon hymn of the White settlers.

Both the music and the group he put together were requirements for his doctoral studies at McGill, which are now nearing completion. This, he claims, has been keeping him very busy over the course of the year, which puts him in an exceptional situation among his peers who have basically been MIA. Good to know that he can toot more than his horn at this time.

(This show will not be streamed online.)

Tickets and information on webcasts: www.loffjazz.com

In times of crisis, people yearn for stability and many seek refuge in safer havens, if not to chase their woes away for a moment. Who has not wanted to rekindle memories of the so-called good old days, as if these were far better than the here and now? But memory is as selective as it is deceptive, as it retains more of the good than the bad.

Music is not immune to this process either. There are some periods that just echo more loudly than others in our minds, to the point of being more favourably viewed in retrospect. In jazz, the fabulous sixties enjoy such a standing, especially for those who were around then. It was the last decade when the founders of the art form were still active and coexisting with two generations of successors, one establishing bebop as its new mainstream, the other shaking its very foundations. If you could still see Ellington, Basie and Armstrong live, Gillespie, Stitt and Monk were at the height of their powers, not to forget Shepp, Ayler and Coleman and the controversies swirling around them.

The music of the latter, labelled then as the New Thing, has weathered a lot over time. Forced underground in the 1970s with the rise of rock in jazz and further marginalized in the ensuing decades with the resurgence of the bop mainstream, this freeform music was never wiped off the map completely and has even found a measure of greater acceptance since the new millennium. Like its predecessors, free jazz is now historical, and thus subject to rediscovery and reevaluation. The Swiss label Hat Hut Records, a beacon of experimental music practices for over four decades, has turned a new leaf by launching its Ezz-thetic line of releases, devoted to new recordings at the cusp of improvised and contemporary music and re-issues of vintage free-jazz albums. Here are seven titles belonging to that latter category. 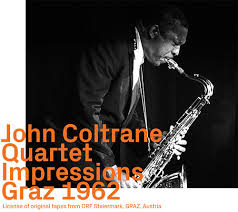 Amazing how a man, now in his grave for over half a century, keeps turning out new stuff. After Blue World (last year) and The Lost Album (the year previous), two more sides see the light of day (at least legitimately, as they were first issued as bootlegs in the 1970s). In two hours plus, the quartet tackles seven signature pieces and a standard it rarely played (Autumn Leaves) before an overwhelmed European audience, according to an eyewitness account from an attendee bowled over by the experience. Some 60 years later, Coltrane’s art is so much more familiar to our ears, but the intensity is still there, as sharp as a razor’s edge. 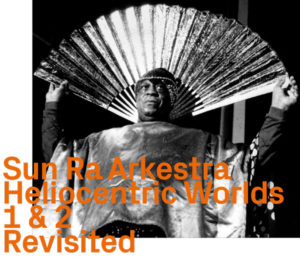 The greatest of all jazz space cadets, Sun Ra often referred to his music as a joyful noise. Joined together on this side for the first time are his two seminal albums of the mid-1960s, first issued on the legendary ESP-Disk imprint. Ra may well have been the first to harness the free jazz power to a big band context, the results of which are still as potent to today’s listeners that those of the mid-sixties. If vol. 1 is more geared towards the band as a whole, the second allows for greater soloing opportunities, many of which are searing. 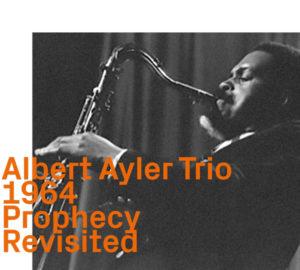 Damned as he was during his brief existence, saxophonist Albert Ayler wrung the music like no one else for eight short years, ending it all with a plunge into the Hudson River in November 1970. Coincidentally, both Jimi Hendrix and Janis Joplin were felled in that fatal season, but unlike these stars, who became pop culture icons, the saxophonist is still denied a similar status in the jazz world, save for those who play on its outer margins. In this live club date, the leader shares the stage with bassist Gary Peacock (who just passed away, early in September) and the free jazz drum trailblazer Sunny Murray. This threesome intones several of the leader’s best-known sing-song melodies (Ghosts, Spirits, Prophecy…) before the hatchet falls. Yet close listening reveals that Ayler’s gestures were not at all haphazard, but quite worked out, even overused. 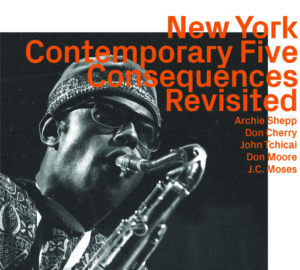 Now an elder statesman, Archie Shepp was once a youthful rebel known as much for his gnarly saxophone sound as his outspokenness on musical and racial matters alike. The two sessions culled on this side stem from those early days, the first in 1963, the second a year a later. In that period, Shepp spearheaded the New York Contemporary Five, a pianoless unit with Danish African alto player John Tchicai and Don Cherry on cornet, trumpeter Ted Curson joining the fray in the second date. The nine tracks spanning this 68-minute side are early examples of a what came to be known as free bop, with originals that departed from standard forms, played rather loosely and allowing for open-ended solos, the leader paving the way here. Once radical, this musical genre is now part and parcel of today’s jazz universe. 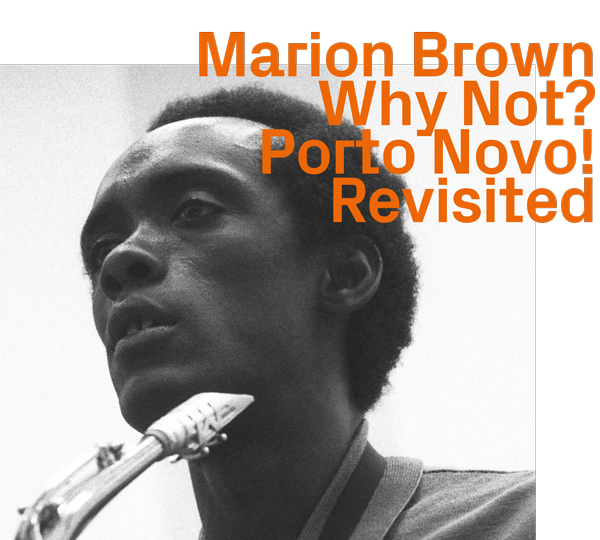 Alto saxophonist Marion Brown was a much overlooked member of the free jazz coterie who lacked some of the charisma of his fellow travellers. Like previous releases discussed here, this disc reunites two albums from consecutive years, a 1966 quartet date in New York issued on ESP-Disk and a European trio session produced a year later for the Fontana label. If the former is more conventional given the piano of Stanley Cowell, the latter is more free-wheeling thanks to the unrelenting team of Han Bennink on drums and Maarten Altena on doublebass. The quartet pieces enable us to appreciate Brown’s fine melodic sense and grasp of harmony, two traits that certainly would have not been lost on Johnny Hodges who once said to have appreciated his younger colleague’s sound while recommending him wanting to use more vibrato.