Instigated two years ago under the name Cartel Montreal, this initiative enabled new music presenters both in North America and Europe to meet for a four-day conference, which took place during the alternative Suoni per il Popolo Festival held annually in June. Spearheaded by le Vivier, a Montreal-based association of over 30 music production companies and related partners with vested interests in all forms of contemporary music and their outreach in the community, this inaugural meeting attracted close to 50 participants, half of which were Vivier members. 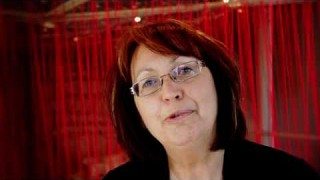 As this association’s director Pierrette Gingras recalls in a recent conversation, the idea had been floating around for some time, including an attempt to hook up with a European music network that failed to gel. Montreal’s Bozzini String Quartet (and Vivier member) would however act as a catalyst because of its extensive touring in Europe, not only as Canadian musical ambassadors but also in forging contacts between le Vivier and new music events abroad.

Graham McKenzie, Artistic Director of the Huddersfield Festival in England, and Lauren Pratt, Associate Producer of the REDCAT Multi-Media Arts Center in Los Angeles, were also instrumental in spreading the word and getting other presenters to attend. Its goal was quite modest, one of getting people to basically shake hands, know each other, share experiences, exchange ideas, all with a view of eventually networking themselves. 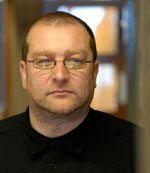 This meeting, while still very exploratory, ended with a definite will to pursue discussions in a follow-up conference that eventually took place in Copenhagen in September of last year. Entitled N:xt Steps, this three-day meeting rallied a smaller contingent of 26 delegates (mostly European) for the purpose of devising some sort of transatlantic network for New Music. To that end, Pierrette Gingras felt an interest in developing tools to further exchanges, most notably a Web-based platform for member organizations.

A little over a month ago, from June 1 to 5, the meeting returned to Montreal, this one simply entitled New Music Cartel that once again coincided with the Suoni per il Popolo, its organizers offering several of its shows as showcase performances for the 35 attendees.

Several talks figured on the conference’s agenda, one of which was given by Peter Burton, both as representative of the aforementioned festival and its parent artistic organization the Société des arts libres et actuels. His talk, as he explained recently, was an extension of an article co-written with David Dacks of Toronto’s New Music Gallery, to appear this fall in the Canadian periodical Musicworks. In it, the authors examine the issue of alternative locations for the presentation of new music, both composed and improvised.

As a rule, New Music performances are staged in more formal concert hall settings, yet the authors also argue for their presentation in other venues, like small clubs. In their view, this model can also be transferred, even adopted by larger festivals as a further outreach for more experimental music.

Case in point is the Suoni per il Popolo festival itself. During its three-week run in June, a host of alternative musics, ranging from free improvisation, both acoustic and electronic, coexist with experimental strands of rock, noise, and even contemporary music (most notably this year’s showcase of the work of the late Canadian composer James Tenney involving the Bozzini String Quartet). Most of this event’s concerts occurred in its two main spaces, the larger Sala Rossa (a one-time dance-hall) and its smaller music room, a.k.a. The Casa del Popolo, both of which have bars, folding chairs, and tables to sit around.

In the wake of its most recent meetings, Cartel is still a work in progress. There are still several hurdles to clear, the most significant of which way will be the contrasting mindsets of North-American and European presenters. On that issue, Pierrette Gingras sees one main difference in that the former are much more action oriented than the latter, who are more inclined to engage in ideological or conceptual discussions.

To that effect, the very name of this initiative, Cartel, became a topic of discussion, so much so some wanted to find another moniker for it. Peter Burton, for one, views this as a side issue: “You can call it what you want, I don’t mind, but as long as we can move ahead and make things happen. It has to be more than talk, it has to translate into action, to get things done in a concrete way, and to be clear on what is feasible and what is not.”

Such differences notwithstanding, there is a definite will to further discussions. At this writing, no plans are set for the next meetings, but there was some interest in having these in the United States. Yet, funding (both private and public) to support international arts conferences are lacking stateside according to those in the know, a major obstacle to say the least in making due on this intention.