You are at:Home»Classical Music»Tous en chœur autour de Beethoven with the OSCM

The Orchestre symphonique du Conservatoire de la Montérégie (OSCM) this year celebrates the fifth anniversary of its residence at the École de musique Vincent-d’Indy. Concluding the season on May 10 is Tous en chœur autour de Beethoven, a concert at the Maison symphonique given in collaboration with the choirs of École de musique Vincent-d’Indy and the dancers of the École supérieure de ballet du Québec.

To open the program, the orchestra under guest conductor Nicolas Ellis performs Beethoven’s Symphony No. 6 (“Pastoral”) along with a ballet choreographed by Anne Dryburgh, followed by Jean Sibelius’s Symphony No. 1. In the second part, François Ouimet conducts Beethoven’s Mass in C Major with student choirs from the primary, secondary and collegiate programs of the École de musique Vincent-d’Indy, plus choristers from the Chœur Métropolitain. This memorable concert will bring together more than 150 performers to mark Beethoven’s 250th anniversary. 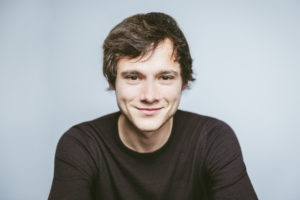 The mission of the OSCM, founded by artistic director Marie-Anne Rozankovic, is to train the next generation of musicians and propel them towards a professional career. Musicians are exposed each season to varied repertoire, with the active participation of guest conductors, in particular those of the Orchestre Métropolitain, including, in 2020, Nicolas Ellis. This collaboration, now in its fifth year, allows young musicians to obtain solid musical training.

In addition, the orchestra collaborates with the choirs of the École de musique Vincent-d’Indy. This unique synergy within the same institution allows musicians and singers to meet annually on stage with iconic works such as the Requiems of Mozart and Fauré. Also, the OSCM and the École de musique Vincent-d’Indy organize an annual concerto competition, which allows the winners of each category to perform a concerto movement with the OSCM in one of its scheduled concerts. 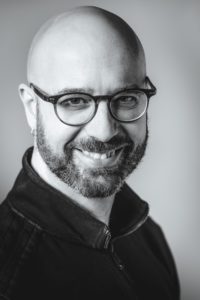 Conscious of the reality facing the musicians of the new generation, the orchestra remains open to different kinds of training and musical experience. In addition to traditional symphonic repertoire, the musicians of the OSCM are called on to play new works by young composers as well as a symphonic rock repertoire by such groups as Queen and Pink Floyd. The Classica Festival annually invites the OSCM to play in major productions, including the “Classica Rock” concert series, which adds another arrow to the quiver of this versatile orchestra. Diversity in training and performance allows musicians to explore and discover the multiple facets of the orchestral universe of the 21st century.

Located at the foot of Mount Royal, the École de musique Vincent-d’Indy is a private French-language educational institution specializing in music. Its reputation is built on the musical and pedagogical competence of the faculty. As graduates of renowned universities and conservatories and members of renowned orchestras, our teachers stimulate the need to learn with their passion, dynamism and knowledge.

The school offers a complete and varied pre-university college program in classical music and jazz and double DECs in collaboration with the Jean-de-Brébeuf College. Four training profiles are offered to students: Interpretation, Creation, Singing and jeux scéniques as well as the new Project Muziko profile. Students with an orchestral instrument as their main instrument also have the chance to be part of the Orchestre symphonique du Conservatoire de la Montérégie or the Big Band.

The school also offers high-quality programs for elementary school students, in partnership with the École Saint-Joseph, and high school students, in partnership with the Pensionnat du Saint-Nom-de-Marie. In addition, the École de musique Vincent-d’Indy also has a “Music for All” sector that provides lessons for young people and adults wishing to improve their musical training. In order to promote its program and help teachers in the organization of their teaching, the school also supports a vast network of affiliated teachers.

By proposing inspiring educational projects, the school offers students and teachers a stimulating musical environment, promoting self-improvement and increasing the opportunities to participate in Montreal musical life. Nearly 15 educational partners attached to the different sectors of the school offer a rich and dynamic musical environment for students and teachers alike.

In addition, in order to allow its students concrete experiences of personal growth, the École de musique Vincent-d’Indy organizes more than 40 concerts annually as well as several competitions for its students from all sectors. Likewise, more than 20 workshops, lectures and master classes are organized annually for all students and teachers of the School. These activities allow a mix of professional musicians and professors from different universities. For students and teachers, these are opportunities for exchange, renewal and professional development.

Tous en chœur autour de Beethoven is a great opportunity to bring together choirs from different sectors of the school while allowing students to perform on a famous stage with talented musicians. Please join us on May 10 at 3 p.m. at the Maison symphonique.

To buy your ticket: https://placedesarts.com/fr/salle/maison-symphonique