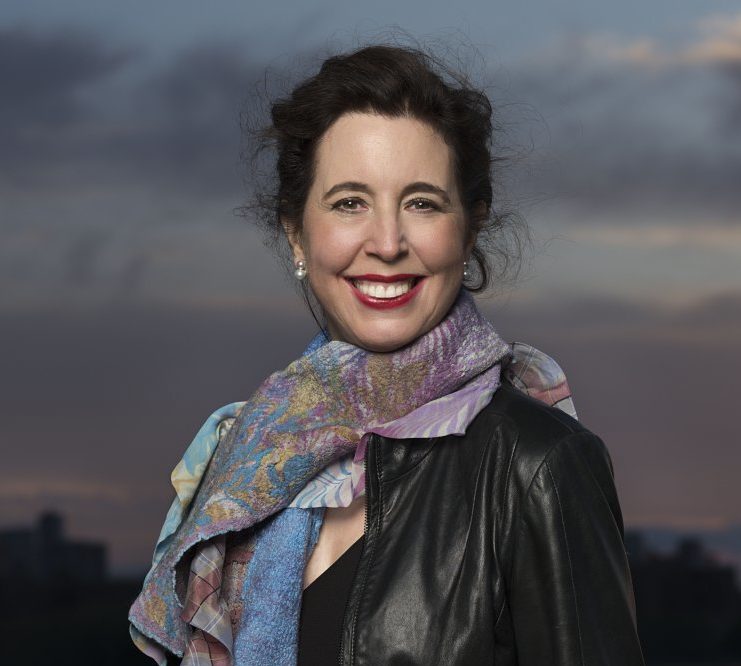 Pianist Angela Hewitt is the recipient of the Ontario Arts Council’s Oskar Morawetz Award for Excellence in Music Performance. This award is presented biennially to an outstanding Canadian performer in the field of classical music, recognizing talent and commitment to Canadian music. Hewitt received the award on Feb. 16 at the opening night of Hewitt Plays Bach & Mozart, her series with the Toronto Symphony Orchestra.

The Quebec government has designated Ludmilla Chiriaeff, Lawinonkie Marguerite Vincent and Antonia Nantel as female historical figures. Ludmilla Chiriaeff (1924-1996) was a Latvian-born dancer, choreographer, teacher and director who founded Les Grands Ballets Canadiens in 1958. Lawinonkie Marguerite Vincent (1783-1865) was an artisan whose products, business acumen and ­industriousness fuelled the prosperity of Wendake in the 19th century. Antonia Nantel (1886-1955) was a ­patron of the arts and an administrator who in 1934, co-founded ­Concerts symphoniques de Montréal, now known as the Orchestre symphonique de Montréal. The foyer Allegro of Maison Symphonique will now bear her name.

The SAMS has launched SAMS.tv, a new platform for on-demand and streaming music for seniors.

She was the first black woman ever to play in a professional orchestra in North America in 1947. 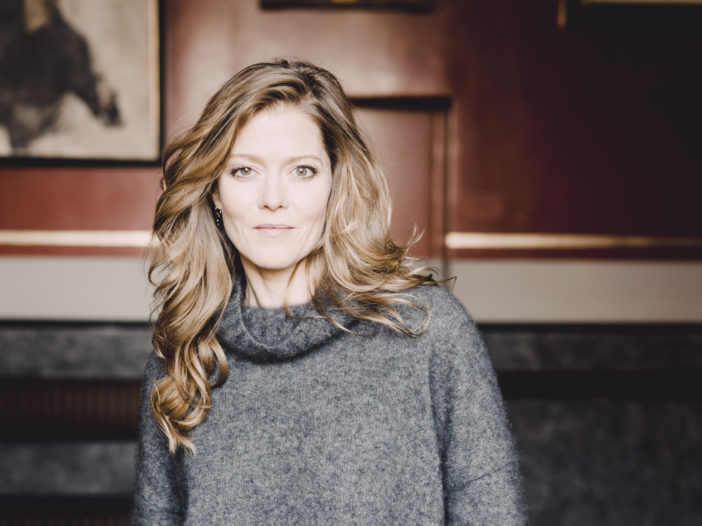 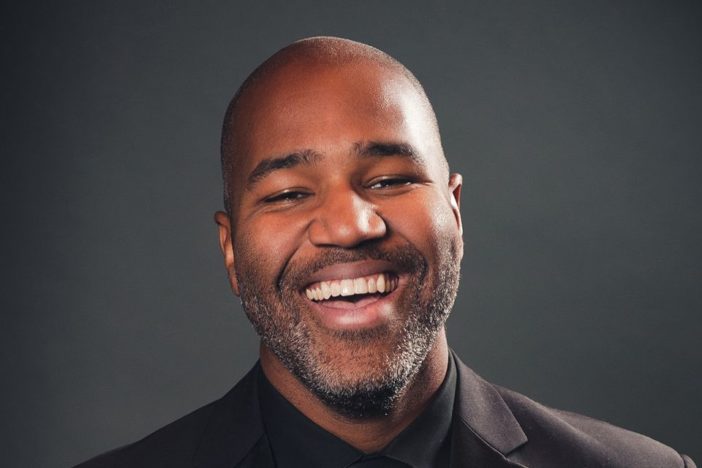 Gilles Doré is the new Executive Director of Cinars

Paul Fortin will retire as artistic director of the Domaine Forget de Charlevoix in the fall.

Support for deaf and disabled artists: May 2 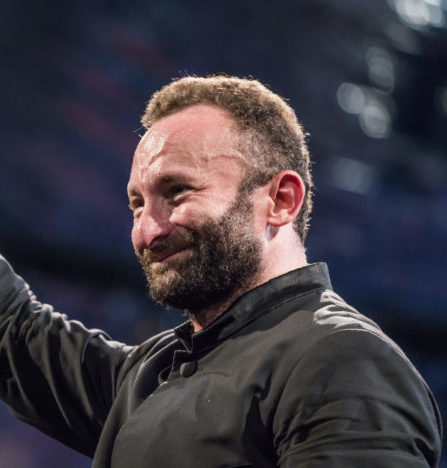 March 22: Russian-born Kirill Petrenko, chief conductor of the Berlin Philharmonic, made a lead donation of 100,000 euros to launch a ­campaign for Ukraine relief at the Baden-Baden Easter Festival. While “people need all possible support from us,” he also warned against an indiscriminate boycott of Russian artists which “I don’t think that’s right.”

March 17: One of the world’s major piano competitions, the Calgary-based Honens ­International Piano Competition, announced on March 17 that it was rescinding its previous (March 8) decision to ­revoke its invitation to six Russian competitors.

March 10: The Cardiff Philharmonic Orchestra, widely ­recognized as Wales’s foremost non-professional orchestra, ­announced it was switching-out its March 18 all-Tchaikovsky program in favour of works by Dvořák, Elgar, and John Williams. An orchestra spokesperson cited the original inclusion of “two military-themed pieces as part of the program—Marche Slave and 1812 Overture—that we felt were particularly inappropriate at this time.”

March 4: Simon Brault, director and CEO of the Canada Council, ­announced that “As of today, all activity involving the participation of Russian or Belarusian artists or arts organizations will cease to be funded by the Canada Council for the Arts. This includes partnerships, direct and indirect financing of tours, co-productions, participation in festivals or other events held in Russia.” On March 8, an update was added clarifying that “Canadian citizens and permanent residents of Canada, including those of Russian and Belarussian descent, ­continue to be eligible for funding through the Canada Council for the Arts” and that only Canadian artists touring in Russia, or ­funding for Russians coming to Canada, would be affected.

March 3: Superstar Russian soprano Anna Netrebko withdraws from upcoming appearances at the Metropolitan Opera after not complying with the company’s condition that she repudiate her public ­support for Vladimir Putin while he wages war on Ukraine. As a result, she will no longer appear in Puccini’s ­Turandot this April and May, nor the run of Verdi’s Don Carlo next season.

March 3: Bucking the current cancellation trend, the Van Cliburn International Piano Competition announced it continued to support the 15 Russian pianists who had been invited to early screenings for their competition, citing they “are not officials of their government, nor is their participation in the Cliburn state-sponsored.”

March 1: Despite a relationship stretching back 34 years, the Rotterdam ­Philharmonic Orchestra cut off ties with Russian conductor Valery Gergiev on March 1 after he was unable to publicly distance himself from the acts of Russia’s president, Vladimir Putin, in Ukraine.

Covid restrictions and the performing arts in Quebec

Since Feb. 28, with the return of a “face-to-face” public and with venues at 100 per cent capacity, performance halls can finally breathe. The worst seems to be behind artists and the organizations that promote them—unless the spread of the new ­Omicron sub-variant BA.2 decides otherwise. As of press time, several concerts and theatrical performances across the province have had to be postponed or cancelled due to reported COVID cases among cast or crew members. Théâtre Jean-Duceppe, for example, was forced to cancel the last two ­performances of the play Au sommet de la montagne, on March 25 and 26. The withdrawal of the requirement to show vaccine passports announced for March 14 has certainly relieved consumers, including cultural ones, but it may also have uninhibited them if we judge by the increase in cases and hospitalizations. Quebec’s director of public health, Dr. Luc Boileau, however, wants to be optimistic and foresees the end of compulsory mask wearing as of April 15. But he invites Quebecers to be cautious and flexible. For many music organizations, public health comes first. Thus, Orchestre symphonique de Montréal, among others, is maintaining obligatory mask ­wearing at all times until further notice.

Covid Restrictions and the Performing Arts in Ontario

When considering the latest effects of Covid-19 restrictions on the performing arts, it’s always wise to include the caveat, ”as we go to press.” As of March 1, the Ontario provincial government lifted all capacity restrictions for gatherings in indoor ­public settings. Proof of vaccination requirements to enter those spaces have also been lifted, but mask mandates were still in place—but only until March 21.

These are the official rules of course, and it remains to be seen how individual organizations choose to interpret them. As of March 18, the Toronto Symphony Orchestra has lifted all vaccination, mask, capacity and social distancing requirements but still strongly recommends that patrons wear masks. The Canadian Opera Company has stated that as of April 1, vaccinations will no longer be checked, a decision that will impact patrons ­attending its April 23 La Traviata première, the company’s first live mainstage show in two years. At the time of writing the COC is still currently requiring masks.

All signs are that, in Ontario, organizations will imminently lift vaccination requirements and possibly mask ­mandates as well. What remains to be seen is how concertgoers will react. ­Audience numbers were healthy at ­recent TSO and National Ballet of Canada performances I attended in February and March, indicating there is a strong desire to return to live ­venues. But will patrons be less willing to purchase tickets as restrictions are lifted in the coming weeks?