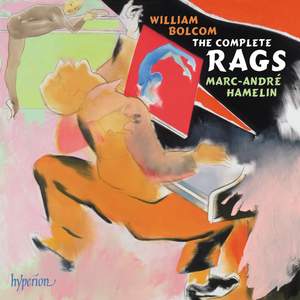 We are used to the virtuoso pianist Marc-André Hamelin unearthing rare treasures from the 19th and 20th centuries and playing them with his customary brilliance. This time, however, he eschews Leopold Godowsky, Nikolai Medtner and Samuil Feinberg for the U.S. composer William Bolcom, born in 1938.

Out on the British independent label Hyperion, Hamelin’s new album has him playing a repertoire he’s never tackled before: the ragtime music usually associated with the African-American Scott Joplin. Although now famous for The Entertainer, Joplin wasn’t always very well-known and, until 1967, the 29-year-old Bolcom had never heard of him. But the ragtime revival of the 1970s rediscovered a whole aspect of American music and the young composer, along with friends such as William Albright, stepped into the breach.

By offering Bolcom’s ragtime music in its entirety, Hamelin throws us into an ambience worlds away from a straitlaced concert. It’s all about fun and relaxation—but without sacrificing expertise. His playing rushes and twirls with delicacy, doing admirable justice to rags like Tabby Cat Walk, with its long, dramatic pauses. Some are far from joyful; The Serpent’s Kiss, for example, has an unsettling quality, with a hint of cracking bones, as in a danse macabre.

It’s a world of joys, shocks and moments of sadness. Easy to become absorbed in these two CDs offering nearly 2¼ hours of music!