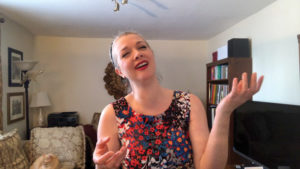 For the 11th consecutive year, La Scena Musicale offered its Singing Valentines last February. The principle of the campaign is simple: for a donation, a singer will deliver a personalized serenade of a chosen song to your loved one. Despite this year’s pandemic, our Singing Valentines campaign was full of positivity and became a veritable festival of love. 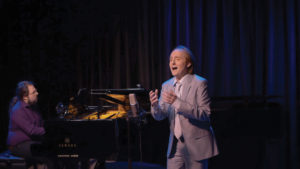 This year, our roster increased from six to 15, including violinist Marc-André Gautier. Among the requested artists were Raphaëlle Paquette, Marie-Andrée Mathieu, Valérie Poisson, Don ­Adriano and Marc-Antoine d’Aragon. Over the years, La Scena ­Musicale has always done its best to support and create opportunities for artists in good times as well as in bad. This year we went a step ­further in our mission and redistributed 50% of the donations to the artists who participated in our campaign. 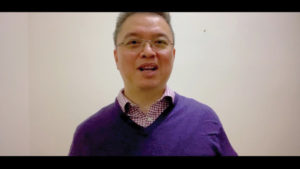 “We made this decision in light of the exceptional situation in which artists find themselves – a situation that leaves them without ­remuneration or a means of expression,” said Wah Keung Chan, founder of Singing Valentines. To celebrate artists and give them the opportunity to share their art, and to share the joy of love are the purposes of the Singing Valentines Concert, which included 19 selections from jazz, art song and opera.

During the concert, winners of our Singing Valentines raffle were ­announced: the prizes, representing a combined value of $250, ­included a Valentine basket of chocolates and sweets given by l’Affaire est chocolat!, a flower bouquet offered by Binette et Filles and an ­hourlong session of healing acupuncture from Frédérique Blache.

Traditionally, Singing Valentines have been delivered over the phone, surprising people at work or at the supermarket. Adapting to new ­technologies, Singing Valentines this year were also offered through recorded video, Facetime and Zoom, which aligns with our wish to make the arts more accessible, especially to the younger generation more ­attracted to videos. Recorded and customized by the singers, videos keep the intimate core and personal flavour of the Singing Valentines. After light editing by the La Scena Musicale team, they are sent as private links on YouTube.

Singing Valentines on Zoom turned out to be small parties on their own with the sender, recipient and singer all happy to connect. Some calls were very emotional, with laughter and tears. After difficult months of isolation, there was an enhanced urge to communicate, to be together and to create new memories.

Dino Spaziani participated for the fourth year, this time as ­master of ceremonies. “There was a lot of activity on Zoom,” he said. “People were in good company; artists and the recipients expressed their ­admiration and shared memories of concerts or operas to which artists had contributed in the past. For instance, one couple had hired Raphaëlle 22 years ago to sing at their wedding and wanted to renew the experience for Valentine’s Day. It was a touching reunion.”

Some of the Singing Valentines were shared between couples, some with family members.

“Another beautiful moment,” recalls Dino, “was with an elderly mother – certainly in her 80s – accompanied by her two sons. The lady did not seem to understand how the screen could address her. But when the artist sang ‘La mer’ by Charles Trenet, she also was singing.”

“Imagine that on Mother’s Day, you are in the company of a mother and you show her your cell phone – or no matter where you are – and a lyric or popular artist speaks to her and sings her a song that she has always enjoyed hearing. It is a magical and endearing experience.”

Adrian Rodriguez, who organized the concert and was in charge of the campaign’s marketing, is enthusiastic about this year’s results. “What I take away from this marketing experience is that involving the artists in the promotional strategy pays off,” he says. “Not only did we get more visibility, but there was more interaction.

“The strategy of having posters with the faces of the different artists published on social media worked very well, but the most profitable in terms of visibility and interaction were the videos. We should do more of them in the future. We have seen over 100% growth in sales, and we can attribute that to personalized email solicitation and organic ­content on social media as well as paid advertising on Facebook. It was a lot of work, but we saw results.”

I was in charge of coordinating the campaign and it was a ­wonderful experience. Above all, it was a campaign based on mutual exchange and the need to do things together. That feeling was palpable within the La Scena Musicale team as well. We worked very hard and more than doubled our donations both in number and amount.

But what we are the proudest of is that we have discovered a new synergy within the team. We wanted to do more, we wanted to do better. Everyone was getting involved; we spared no efforts. There was an irresistible and reciprocal desire to communicate, to support each other and to give.