You are at:Home»Indigenous»Oktoécho presents the concert Transcestral: A gathering of sufi and indigenous peoples’ musical traditions
Advertisement / Publicité

Ensemble Oktoécho presents the concert Transcestral, on November 27, at 8 pm, at the Outremont Theatre.
An original creation of the Oktoécho ensemble, the event brings together 15 artists, singers, dancers, and poets from different backgrounds: six indigenous and Sufi communities are represented as well as musicians from jazz, classical and contemporary music.
Transcestral weaves together the sacred ancestral traditions of Sufi trance music and indigenous music from Canada. It is a true hymn to life, highlighting our perpetual quest for harmony and communion with nature. 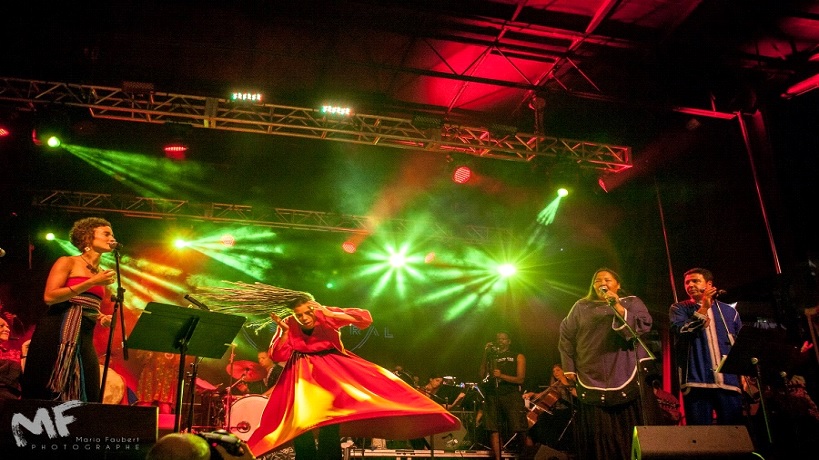 “Although our music is not sacred, it is inspired by ceremonial music. The commonalities such as Earth, Healing, Tribute are at the heart of Transcestral,” Makdissi-Warren and Clark explain.

The purpose of this music is to highlight the state of trance, more particularly, the state between trance and awakening. Within the Indigenous and Sufi cultures, there is a word for this state of ecstasy that lies between the state of consciousness and trance. Among the Sufis, it is called the Tarab. In the Anishinaabemowin language, it is called NÎWÔNÎSHÀN BUNN-GEE ET-WAWA NAEN DA-MÀN.

The full album will be released in January 2022.

About Oktoécho
Oktoécho’s core mandate is to promote the creation and performance of blended musical works by local composers through the production of concerts, events, sound recordings and touring. In addition, the Oktoécho group offers specialized programs in world music (Middle Eastern, native, Jewish) to teach professional musicians and composers.