Arras originally premiered as the winner of the inaugural Azrieli Commission for Canadian Music in 2020, and was performed by Nouvel Ensemble Moderne. The work was composed in response to the Azrieli Commission’s “Canadian music” prompt: it comes together as an amalgamation of Devaux’s sonic identities as she seeks to unpack the complexity of the very idea of “Canadian music.” She presents her own lived experience by layering whispers of French chansons and Japanese-North American folk songs, Buddhist and Gregorian chants, and the rhythm of a loom – never distinguishable in form or timbre, but all subtly present. Audience members identify these bisecting elements of personal identity as “a sense of history, of nostalgia,” says Devaux.

The orchestra’s interpretation of the work was sensitive and committed with a real sense of communion across the group, made possible by the assuredness and freedom of Ellis’ gesture. Devaux’s piece welcomed listeners in, filling Koerner hall with a conversation between sonic landscapes. 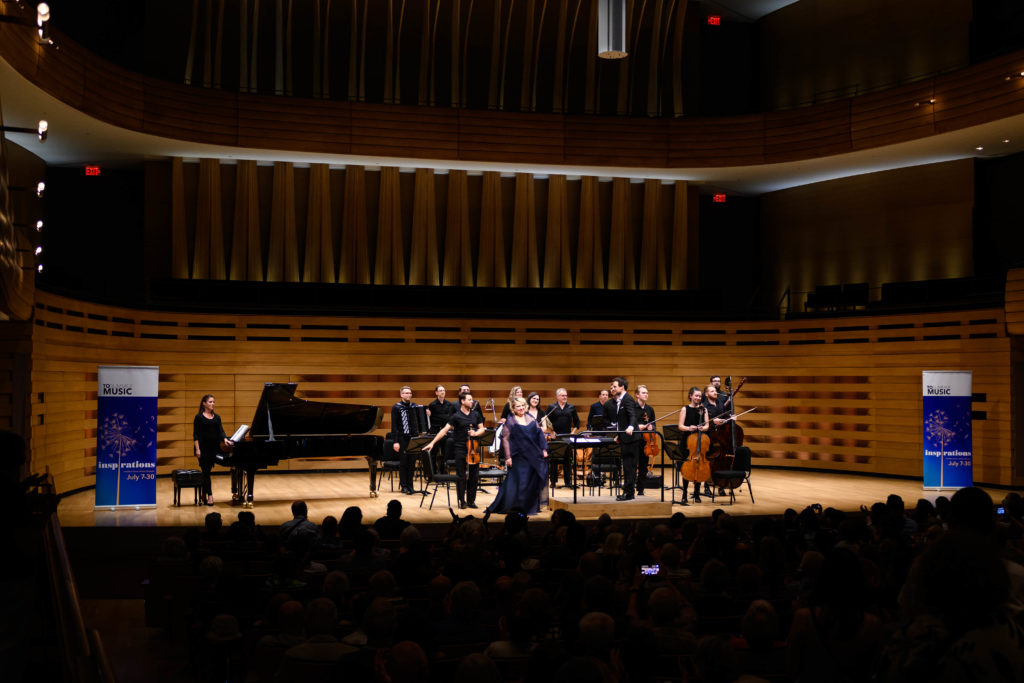 The Mahler, featured as the second half of the program, was full of light and color; Koerner Hall was a perfect setting for the TSM Festival Orchestra’s deliberate, generous rendition of the Simon arrangement. All the musicians on stage had their special moments – particularly memorable were first violinist Aaron Schwebel’s elegant, playful phases in the third movement, and Karina Gauvin’s highly animated vocal stylings in the fourth. Gauvin’s exceptional diction and the direction in her musical lines were supported by the orchestra’s substantial dynamic range . A sense of complicity and conviviality hung in the air when Gauvin was joined by the piano (Rachel Kerr), bass clarinet (Eric Abramovitz), and cello (Leana Rutt) nearing the end of the fourth movement. The fourteen players, led with poise and character by Nicolas Ellis, achieved an impressive breadth of effective contrast, on a scale that far exceeded their numbers.

Arras and Mahler 4 may have more in common than meets the eye – both pieces, as performed by TSM, invite listeners to forge their own musical paths and listening experiences. With so much activity, numerous diverging and converging musical lines and sonic palettes, both works afford listeners a sense of agency: to listen as they choose, and determine their own musical journeys.

Devaux brought up this idea of “[choosing]your own adventure” two years ago when we sat down to discuss her inaugural Azrieli prize. Since then, Arras has received numerous awards – namely the 2022 Juno Award for Classical Composition of the Year – and has been performed a total of seven times in Canada, the United States, and Israel. Devaux has also won the Quebec Gala Prix Opus for Composer of the Year, and finished her doctorate in composition at the Université de Montreal. 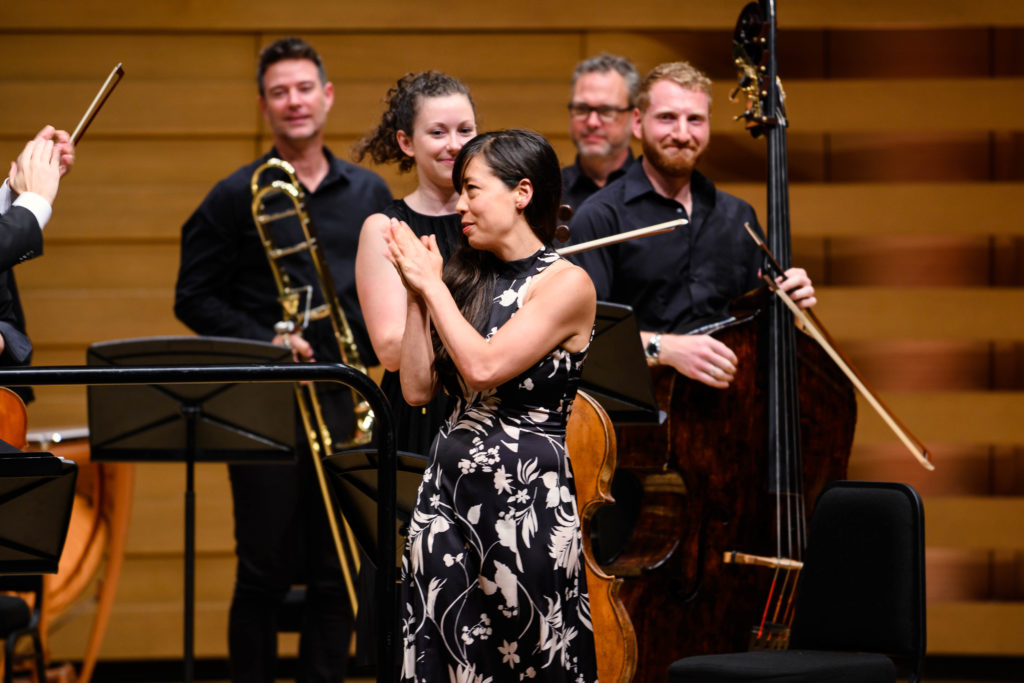 Devaux didn’t realize just how strong an impact winning the Azrieli Commission award would have, not to mention the distances it would take her work. She has since heard her piece multiple times over a short couple years, played in a wide variety of venues and by numerous ensembles. It has been an “interesting and profound way to get to know and analyze [her]own writing,” she says.

Although the piece was and has remained conceptually clear with an “established character,” Devaux describes how she has seen it demonstrate its “malleability.” Devaux has watched the piece “fluctuate” as it has moved through the hands of various conductors and players, the acoustics of various halls. She draws a comparison between the journey of a new work and that of a young person traveling – one of learning and growth, throughout which both mature and come into their own. Arras’ numerous performances have demonstrated its “malleability, but at the same time [shown the ways in which]it asserts itself – it has a personality.”

With Arras launched into the contemporary music catalog, Devaux has no shortage of upcoming projects. Still interested in the ideas of memory, lost sounds, and sonic environments, she looks to the premieres of orchestral works with NACO, as well as the Orchestre Métropolitain and her chamber opera with Montreal ensemble Paramirabo next year.