In the 100 year history of the TSO, it has been served by 10 music directors. Last night, five of them, Sir Andrew Davis, Günter Herbig, Jukka-Pekka Saraste, Peter Oundjian and Gustavo Gimeno, shared the stage in the Celebrate 100: Maestro’s Special Homecoming. Host Marion Newman remarked that the average age of the five conductors was 68.8 years. Each maestro selected pieces that have personal meaning or historical significance to the orchestra’s past.

Sir Andrew Davis, who has had a nearly 50-year relationship with the TSO as its Conductor Laureate, opened the night with a triumphant rendition of Berlioz’s Roman Carnival Overture. This was followed by a nuanced and pensive The Walk to the Paradise Garden by Delius, a nod to Davis’ English roots. The lingering beauty of the last notes left the audience wanting for more. With Davis, the orchestra seemed to play naturally and effortlessly with an old friend.

Günter Herbig, TSO’s conductor from 1989 to 1994 who recently turned 90, conducted Wagner’s Overture to Tannhäuser. Although he seemed to take a more reserved approach, Herbig’s ability to elicit dynamic contrast is unparalleled. 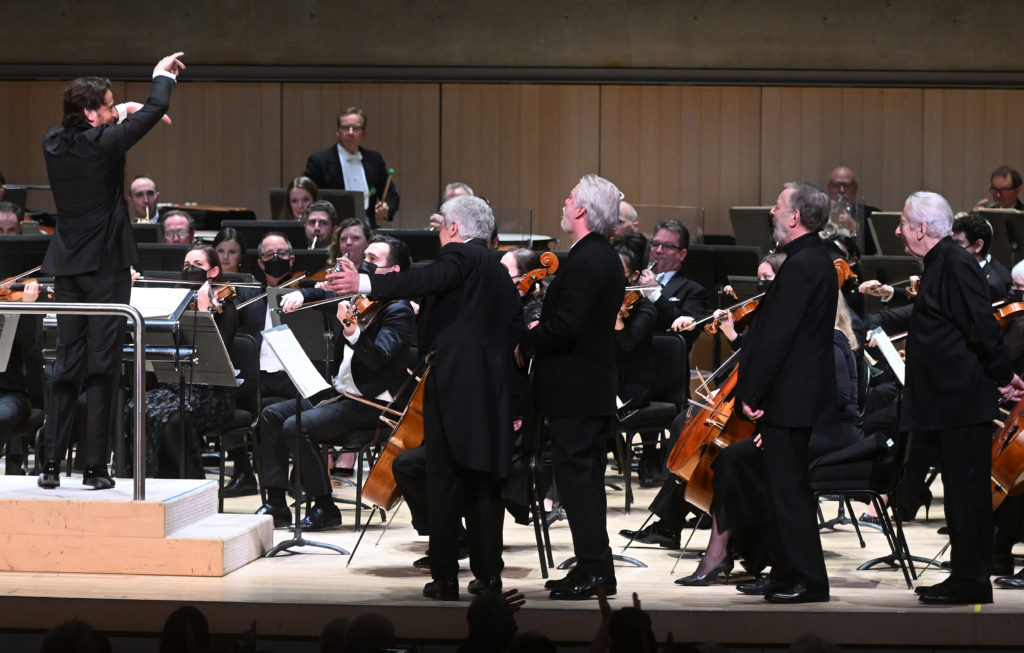 Next up was Jukka-Pekka Saraste, TSO’s conductor from 1994-2001. During his tenure, TSO produced six recordings, one of which won a Juno Award in 2001. It is apt that Saraste chose a piece from that winning recording, Lemminkäinen and the Maidens of the Island, written by his Finnish compatriot Jean Sibelius. The resulting sound was lush and evocative.

Conductor Emeritus Peter Oundjian (2004–2018) was a strong advocate for new music, and he regularly featured works by contemporary Canadian composers such as Alexina Louie, in attendance last night for the performance of her work The Ringing Earth. The short five-minute piece was filled with colours and fanfare. The next piece, “Šárka,” No. 3 from Má vlast by Smetana, pays tribute to two of TSO’s Czech-born Music Directors, Karel Ančerl (1969–1972) and Walter Susskind (1957–1964). Oundjian conducted with a clear beat and had a palpable chemistry with the orchestra. 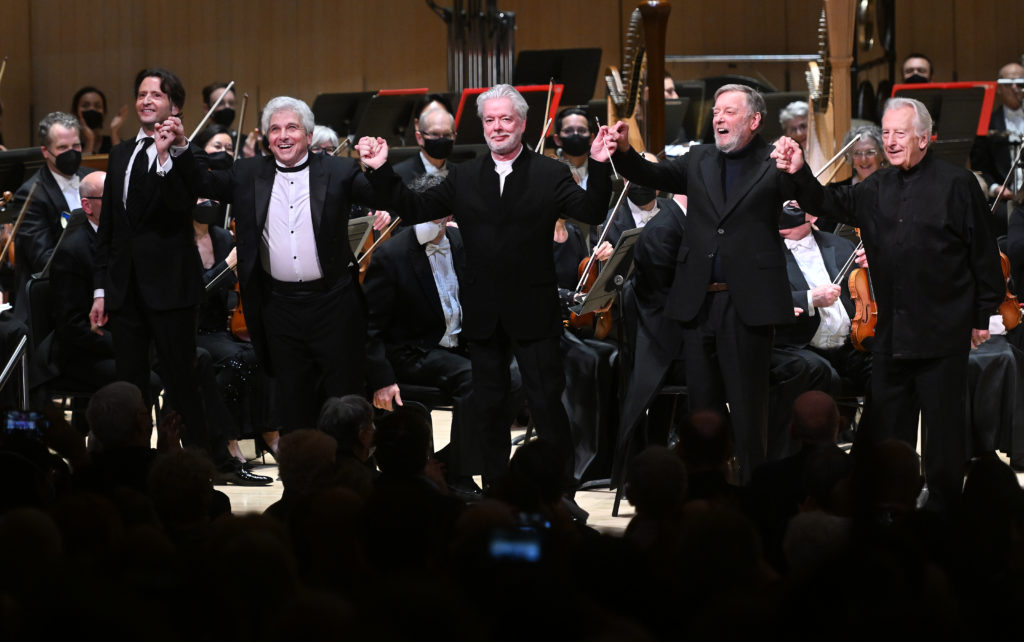 The TSO’s only other living Music Director, Seiji Ozawa (1965-1969) was not in attendance, but sent a congratulatory message to the orchestra.

The grand finale was an exuberant encore, Dvorak’s Slavonic Dance No. 7, which featured all five maestros on stage together, each conducting a section of the piece, which drew thundering applauses and standing ovations. It was evident that despite the pandemic, the orchestra has remained in excellent form. Last night’s concert was one that will be remembered for the next 100 years.