Feb. 8, 2022 will mark the 100th birthday of my late mother, Lotte Brott, nee Goetzel. The Orchestre Classique de Montréal (OCM) has chosen to dedicate its 2021-22 season to Women of Distinction. La Scena Musicale and I have chosen to remember her as a cellist, co-founder of the orchestra, and principal administrator for its first 59 years.

Tha baton of the of the OCM was passed to me in 2000 (my father remained Artistic Director sharing concerts with me until he passed in 2005 at 90 years old), I have a unique ­perspective etc… on this outstanding cellist, life partner, administrator, and mother. 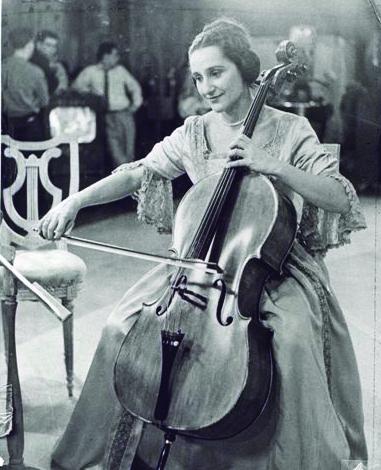 Lotte — as she encouraged me to call her from when I was little — was a woman ahead of her time. She juggled to find the right mix of career, homemaker, wife, manager, mother. Cycling around Montreal— with her cello strapped to her back — from rehearsal to rehearsal, she was the picture of independence while simultaneously encouraging husband and family as per the ­traditional role of her time. She was an embodiment of positive thinking, afraid of nothing and no one and communicated this fearlessness to all of us.

Coming from a comfortable background in Mannheim, Germany, Lotte began studying the cello for social reasons. Her parents played the piano and violin respectively, and quite decently, and encouraged the young Lotte so they could play trios in their luxurious four-story home.

Else Fuld and Walter Goetzel, who fought for the Kaiser in World War I, were products of the German business intelligencia — cultured people of commerce who loved the arts and Germany. They were shocked when 14-year-old Lotte, wearing a new dress made by her ­mother and standing in the wings, was refused permission to ­perform at a school concert ­because “The ­Gauleiter (Nazi Regional Governor) is here, and no Jews are allowed on the stage!” She ran home in tears.

The Goetzels, with unusual foresight, enrolled Lotte and younger sister Lena in a Pensionnat de Jeunes Filles in Switzerland where she studied with famous cellist Emanuel Feuermann, who kindled her desire to make her life in music. 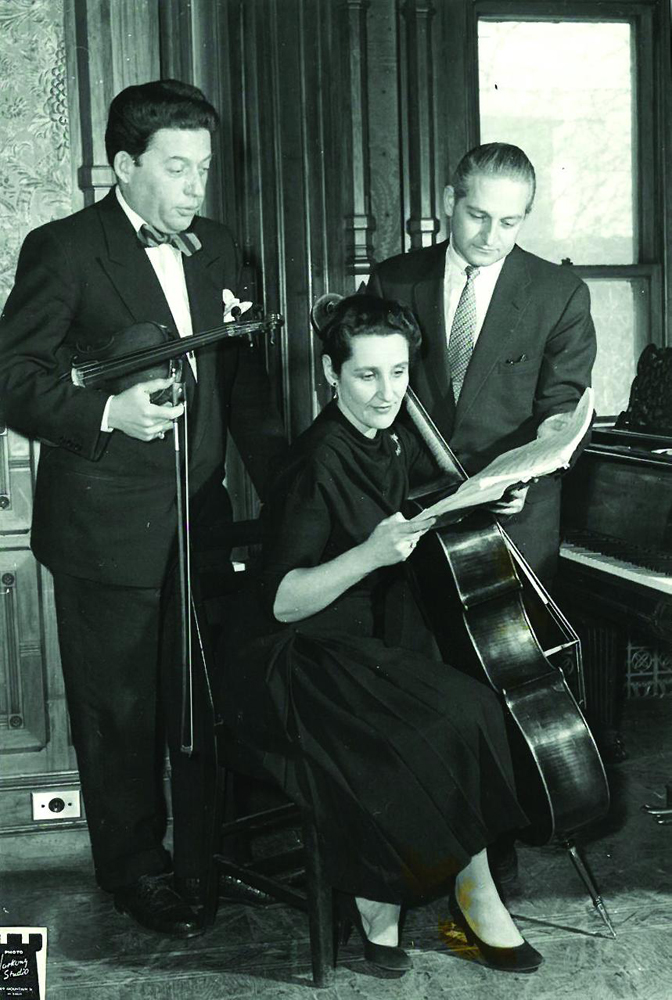 Her parents escaped Germany in 1939 and travelled the world, settling in Montreal. After their daughters joined them, they encouraged their eldest to pursue business because, for them, music was not a suitable profession. Imagine their shock when she brought home her prospective husband, who was both a ­violinist and a Jew! (They had abandoned their tenuous religious connections in a ­backlash against their displacement).

Lotte’s relationship with her father was ­tumultuous and, at one point, he asked her to prove that she could make a decent living as a musician. She answered an ad for a ­cellist to play Saint-Saens’ “The Swan” in a venue that turned out to be a night club. She performed in a white taffeta gown, while seven semi-clad beauties danced around her. The pay was an impressive $300 a week in 1941! When her ­father opened the Montreal Gazette to the ­advertisement for “Lotte and the Seven Loveliest”, he predictably had a fit. Lotte tendered her resignation but had ­proven her point.

A study in contrasts and disciplines, Lotte practiced the cello and performed with all-consuming joy, but also hiked, skied, swam, and cycled with equal enthusiasm. In contrast, my father Alexander was bookish and fearful of hurting his violinist hands.

They shared a love of the natural world, which they shared with me and, later, my ­brother Denis who appeared on the scene some 7 years after my birth. They particularly loved Montreal, Quebec, and Canada. Though they travelled the world in pursuit of their careers and building the ­international reputation of the McGill ­Chamber Orchestra (renamed the Orchestre Classique de Montréal), they would concentrate their life’s ­passion on our dear OCM. Alexander had many opportunities elsewhere, but steadfastly held to Montreal because he and Lotte considered Canada to be the most beautiful place in the world. 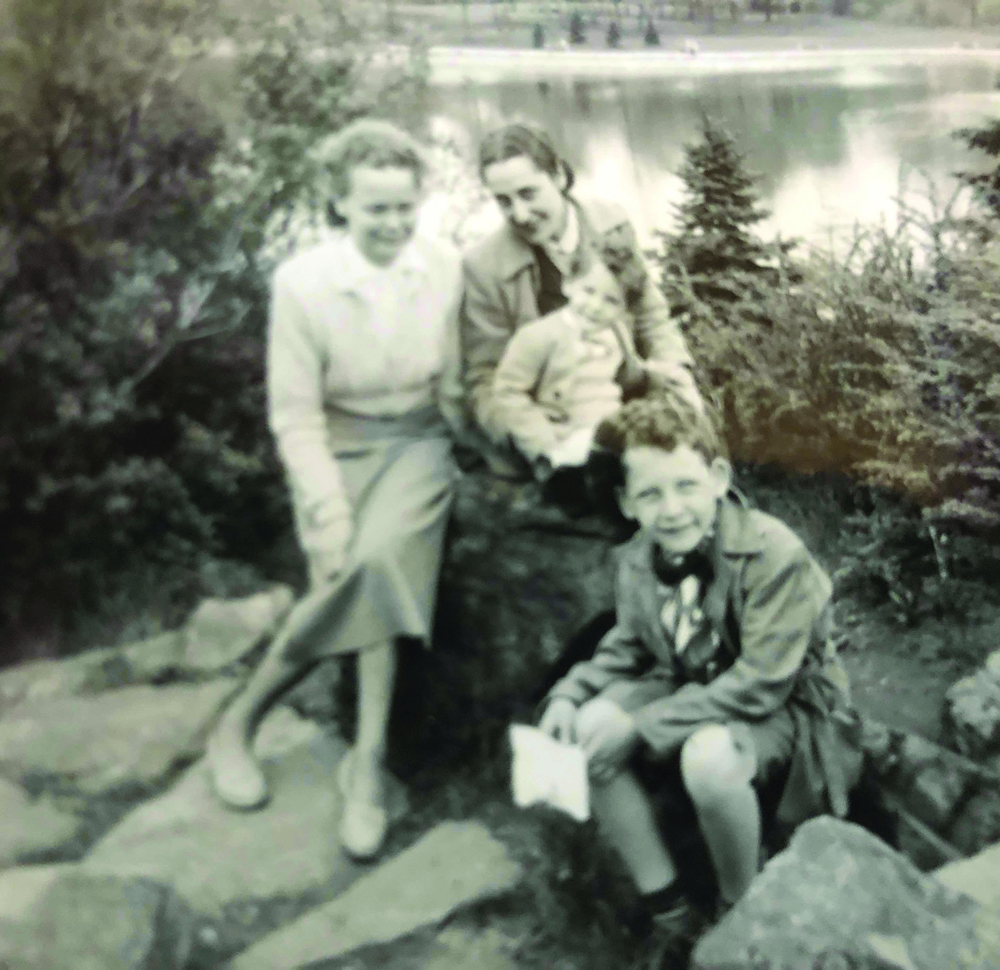 Later, they built a cottage on Lac de Chats and my father spent hundreds of hours clearing brush with a scythe and clippers. Lotte inspired Alex to be courageous, to try new things, and to conquer the inner fears of ­childhood. Denis has a residence at this idyllic spot near St. Sauveur so it stays very much “en famille”. During the first seven years of their marriage, the Brotts and, eventually, me ­resided in the living room of my paternal grandparents’ fourth-floor walk-up apartment at 2705 Maplewood Avenue (now Boulevard Edouard-Montpetit).

My first memories were of my parents ­practicing Brahms’s Double concerto and the McGill String Quartet practicing right next to my crib. I remember Lotte’s extraordinary cello sound – warm, exuberant, wild all at the same time. Jacqueline du Pré also had that “sound”. It grieves me that I cannot find early recordings of Lotte playing. She often recorded for the CBC with pianists John Newmark and Charles Reiner, consummate “old world” ­European musicians who settled in Montreal. I have no doubt that Lotte could have had an international solo career.

As it was, she made the most of her musical gifts; first with the McGill String Quartet then as principal cellist with the OCM, eventually ceding her position to Walter Joachim when her administrative burden increased. She continued to play alongside him and, ­eventually, my brother Denis who replaced Joachim upon his retirement. Lotte played with the OCM right up until she was taken from us at a mere 75 years old.

Watch for the second instalment of Boris Brott’s ­remembrance in the next issue of LSM.