Musica Camerata has been passionately and diligently introducing us to less familiar musical works for almost half a century. The eight musicians, hailing mostly from the Orchestre symphonique de Montréal (OSM), strengthen their reputation year after year. As the group looks ahead to a new season, here’s an interview with artistic director Luis Grinhauz. 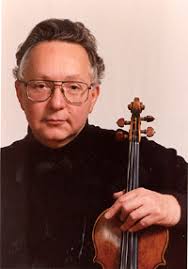 Which musical discoveries have stood out for you?

Over time, we have discovered new composers; other ensembles have taken our lead and have featured them in their own concerts. Examples include Polish composer Grażyna Bacewicz, a key musician like Leoš Janáček, and a group of late 19th-century New England composers such as Amy Beach, who can be compared to Rachmaninoff. I could also mention Italian composers such as Ildebrando Pizzetti, akin to Puccini but with more modern characteristics, and Mario Castelnuovo-Tedesco. Speaking of discoveries, we will present new pieces performed by a string quintet next spring. On the program are works by Czech composer Jan Dussek and French composer George Onslow. He was a contemporary of Schumann and Mendelssohn and was popular at the time.

How did you select these compositions?

We received these compositions through suggestions from our subscribers and musicians. We then analyzed and selected them. This was a collective effort; everyone presented ideas and brought their personal touch to the project, ensuring that the process unfolded harmoniously. When Musica Camerata took root, we blindly enjoyed less familiar works when we wanted to play them. Nobody knew what to expect before the first rehearsal. Nowadays, we can listen to most repertoire online, thus saving a lot of time. 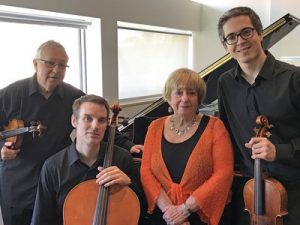 After 45 years of playing with the OSM, you left the ensemble three years ago. You have continued to undertake musical activities, though. Can you remain a musician after retirement?

It all depends on the energy you have, for being a musician is physically and mentally draining. In addition, schedules are busy during tours. Some people leave the music circle for good, while others, like myself, continue to live the music. I watch the Mezzo TV station almost every evening, coach youth orchestras, and take part in competition juries. I am still highly motivated!

Motivated to the point of touring again?

Tours are exhausting and have many limitations. Life is calm in Montreal, where we have had a residence at the Chapelle historique du Bon-Pasteur since 2013. It has a wonderful acoustic and excellent piano (hard to find elsewhere). We will still perform concerts outside Montreal this year, especially in Hudson, Quebec City and Ottawa.

We hope our audience will be up for sharing the musicians’ passion and remembrance of works that history has unfairly forgotten.