Conductor Alain Trudel will begin his first season at the helm of the Toledo Symphony Orchestra in Ohio. For his arrival in the “Glass City,” the Montreal native will pay tribute to the orchestra’s 75-year history by opening with a program similar to that of the 1943-1944 season. The reduced orchestra will play chamber music by Ravel, Bloch, Mozart and Brahms, returning to its humble roots as a 22-person group named Friends of Music. “The 75 years between these two concerts have seen our orchestra grow in giant steps, but I like to think that our roots – in terms of friendship, music and community – are still the same,” says Trudel. He will continue in his roles in the Orchestre symphonique de Laval, the Ottawa Symphony Orchestra and the National Arts Centre Orchestra.

Nézet-Séguin Facing The Phantom of the Opera

A relentless explorer of sound, Yannick Nézet-Séguin will trade the Rotterdam Philharmonic for the Metropolitan Opera of New York this year, assuming the role of musical director of the legendary institution two years earlier than anticipated. A friend of opera, he directed the Opéra de Montreal Chorus from 2000 to 2004, conducted at the Salzburg Festival from 2008 to 2011 and he made his debut at the Met in 2009with a production of Carmen that is sure to go down in history. His rise into this prestigious role is the beginning of a thrilling adventure that will not lack for challenges, the first being to restore stability to an orchestra shaken by the James Levine scandal, and another being declining attendance. All the same, the Met will present no fewer than 26 operas next season. Nézet-Séguin will continue his work with the Orchestre Métropolitain and the Philadelphia Orchestra.

The OF in South Korea 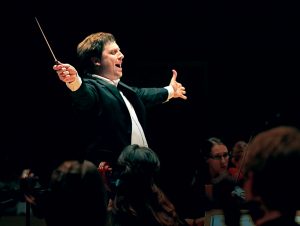 The Orchestre de la Francophonie, conducted by Jean-Philippe Tremblay, will arrive in the South Korean city of Busan at the beginning of September for the Busan Maru International Music Festival. The young musicians had a packed summer, finishing at the Maison symphonique on Aug. 5 with Mahler’s Symphony No. 3. With their mandate to guide young musicians towards more prestigious orchestras, the Orchestre de la Francophonie will set foot on South Korean soil for the first time. Mozart, Schumann and Beethoven will share the program with Quebecois composer Simon Bertrand.

The MSO in Europe

From March 11 to 23, 2019, Kent Nagano and the MSO will be off for the orchestra’s 12th tour of Europe. They will perform in prestigious halls across Western Europe, including the Berlin Philharmonie, the Philharmonie de Paris and the Konzerthaus in Vienna. Audiences will hear Mozart’s Piano Concerto No. 23 with Rafal Blechacz, Saint-Saëns’ Piano Concerto No. 5 “Egyptian” with Jean-Yves Thibaudet and Wagner’s Wesendonck Lieder with contralto Marie-Nicole Lemieux. Note that Kent Nagano will begin his penultimate season at the head of the MSO leading the orchestra from Sept. 9 to 19 in northern Quebec and Nunavik in Inuit and Cree communities.

After a busy year of travelling, the Ballets Jazz de Montréal will spend December in northern France and Belgium presenting their show Dance Me/musique de Leonard Cohen. The performance paying tribute to the Montreal author-composer is a collaborative work by choreographers Annabelle Lopez Ochoa, Andonis Fonidakis and Ihsan Rustem. In 2018, these protégés of Louis Robitaille presented it in Finland, the United States, southern France and across Canada. The end of the year will also be marked by the arrival of former soloist for Les Grands Ballets Canadiens, Jeremy Raia, who will conduct rehearsals.

Opera Around the World 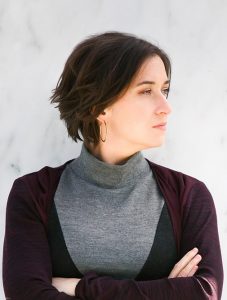 Mezzo-soprano Michèle Losier will be in Scotland in September for Bernstein’s Songfest, then plays Giovanna Seymour in Anna Bolena in Bordeaux, Ascagne in Les Troyens in Paris and Judith in Bluebeard’s Castle in Montreal. After a symphonic detour of Chausson and Mozart under the direction of Alain Trudel and Bernard Labadie, she returns to opera with Idomeneo at the Teatro alla Scala. A June recital in Brussels is accompanied by pianist Olivier Godin.

An equally packed schedule for Julie Boulianne, who will sing in Berlin and Utrecht this fall before spending Christmas in the country with Bach and I Musici de Montéal. After a detour with the Opéra national du Rhin from Feb. 8 to March 9, she will finish as Marguerite of Faust at the Glyndebourne Festival.

Baritone Étienne Dupuis will treat us to an impressive year as he takes on the role of Marcello in La Bohème at the Metropolitan Opera, then Belcore in L’Elisir d’Amore with the Paris Opera. After spending Christmas in Marseille with La Traviata, he heads to the Deutsche Oper Berlin as Eugene Onegin, then back to the Paris Opera as Don Giovanni.

Mezzo-soprano Marie-Nicole Lemieux will split her season between concert and opera, from Mahler’s Das Lied von der Erde to Mrs. Quickly in Falstaff with the Metropolitan Opera, then from Berlioz’s Les nuits d’été in Bordeaux back to the Met, where she sings Geneviève in Pelléas et Mélisande. 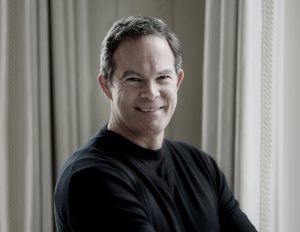 Bass-baritone Gerald Finley spends the season in London, Hamburg, and Munich in the company of Jonas Kaufmann in an Iago-Othello pairing; and in New York, Toronto and Paris in the role of the Forester in Janáček’s The Cunning Little Vixen. Finally, soprano Karina Gauvin will be in London, Clermont-Ferrand, St. Louis, Missouri, and Madrid, where she plays Juno in Francesco Cavalli’s La Calisto at the Teatro Real.