You are at:Home»Classical Music»Vocal»Choral»Keeping it together in the age of distance

“We were quite ­precise about the two metres,” Jean-Sébastien Vallée, conductor of the Choir of the Church of St. Andrew and St. Paul, said about the recording sessions last November – at the height of the second COVID wave in Montreal – dedicated to a new album on the ATMA label aptly titled Distance. “Which is hard, because that is two metres on every side.”

Nonetheless, the 24 professionals who make up the highly regarded ensemble managed to keep their distance in the pews (there would not have been enough space in the choir stalls) and maintain an ­appropriately high standard of togetherness. 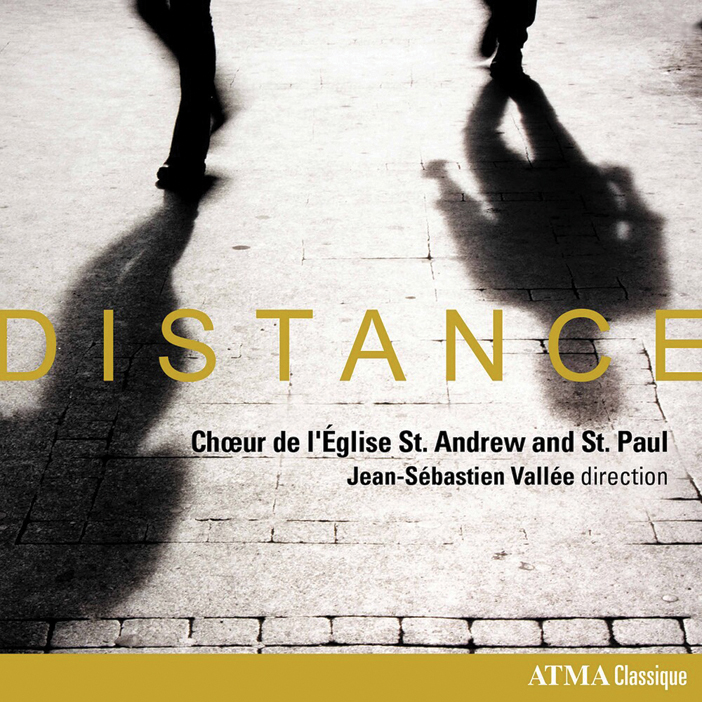 Anyone who has seen the remarkable YouTube video of this choir performing a chamber reduction of Brahms’s Ein Deutsches Requiem knows what can be achieved in such circumstances. Vallée judges the sonority achieved on Distance to be even better since the singers made the recording without masks.

“The overtones were just ringing,” he said. “The blend was so ­different. The whole thing was magical.”

The idea, as the title of the release implies, was to create a ­recording that was adapted musically and spiritually to the COVID era.

“How can we do something that speaks to the times?” Vallée said. “In terms of repertoire, we picked some music of the type we do often but also explored new repertoire that would address the concept of distance either specifically – as music for double choir – or as text.”

One of the 17 tracks is a meditation on the Cross by Sulpitia Cesis, a turn-of-the-17th-century Italian nun who was presumably accustomed to isolation. Past and present mingle. There are selections by Bach, Elgar and Rachmaninoff as well as Reena Esmail, James MacMillan and Caroline Shaw. In some pieces organist Jonathan Oldengarm and cellist Elinor Frey provide instrumental support.

While many selections are contemplative, hope is not absent. The program begins with Samuel Barber’s Agnus Dei, a choral arrangement of the famously sorrowful Adagio, and ends with an upbeat motet by Uģis Prauliņš, a Latvian composer who has worked as a rock-band ­keyboardist. Ever conscious of tonal relations, Vallée reasons that the final burst of B Flat Major in the Hallelujah movement of this piece ­resolves the sombre extended B Flat with which the Barber begins.

Long a byword for Sunday-morning liturgical excellence – and armed with recordings to prove it – the Choir of the Church of
St. ­Andrew and St. Paul has migrated as an ensemble from a professional-amateur mix of about 40 to a purely professional squad of 24.

“My own approach is to have one foot in the English tradition of choral singing and another in the American way of doing things, where the sound is slightly warmer, with a bit more vibrato when needed,” said Vallée, who has occupied the A&P post since 2015.

“This is the route we would like to follow. We’re working to establish the choir as a 24-voice professional choir. I think this gives a strong core to the sound and a bit more precision. When you go over 24, especially when you mix professionals and amateurs, a certain level of choral singing is harder to achieve, in terms of intonation, blend and breathing.

“We like the experience with 24 singers and hope in the years to come to establish this group as the official choir and be able to ­contribute to the music scene.”