You are at:Home»Classical Music»NEM in Concert: A Springtime Under The Sign of Freedom
This post is originally from the source

Compared with the COVID-19 closures of the past couple of years, a wind of freedom seems to be blowing through the musical milieu this spring. The members of the Nouvel Ensemble Moderne (NEM) and their conductor, Lorraine Vaillancourt, will be delighted to finally reconnect with the public on April 14 as part of the Résonance croisée series.

NEM will share the Espace Orange stage with the Italian ensemble L’Arsenale for a double program featuring Italian avant-garde creation. The season will continue on May 6 with En toute liberté, a tribute to ­composers Iannis Xenakis and Luis de Pablo. 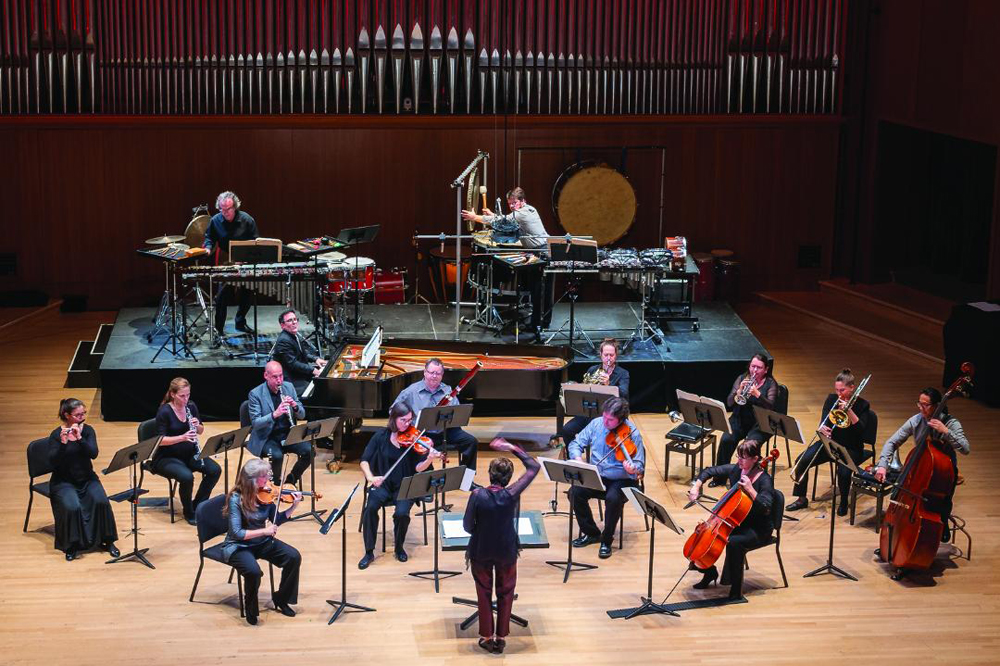 The NEM and L’Arsenale join forces

Co-produced by Le Vivier and the European Union National Institutes for Culture, the concert series Résonance croisée is a crossroads of creation and encounter where ­performers and creators from Quebec and Europe converge. Italy will be in the spotlight on April 14 when the sextet L’Arsenale and its conductor Filippo Perocco will open the evening with works by Silvia Borzelli, Stefano Trevisi, Stefano Pierini and Milica Djordjević and a new work by Jesse Diener-Bennett.

NEM will then take the lead with the presentation of Sinfonia da Camera (2006) by Italian composer Alessandro Solbiati. ­Typically Italian in its strength and finesse of writing, the work will engage the entire NEM ensemble in a spiralling journey that gradually builds to a climax. The evening will ­continue with Arras (2020) by composer Keiko Devaux, a work inspired by the duality between the different sound and cultural ­environments of its origins. Arras was ­premièred by the NEM in 2020 as part of the Azrieli Commission for Canadian Music.

Presented on May 6, the concert En toute ­liberté will see NEM welcome the public for the first time this year in the comfort of its hall of choice, Salle Claude-Champagne. The ­program will pay tribute to a close collaborator of NEM, Spanish composer Luis de Pablo, who died in 2021, as well as to the illustrious Iannis Xenakis, whose 100th birthday is being celebrated this year. Separated into two instrumental groups, the performers will begin the evening with …Con alcune licenze (2005) by Luis de Pablo before coming together for Phlegra (1975), a tumultuous work by Xenakis in reference to the war between the Titans and the Olympian gods. Razon Dormida (2003), or “the sleep of reason” by Luis de Pablo, also has a very contemporary meaning and will close an evening of reunion.

NEM presents Résonance croisée on Thursday, April 14, at Espace Orange in the Wilder Building, and En toute ­liberté on Friday, May 6, at Salle Claude-Champagne. www.lenem.ca