You may have noticed the absence of capitals in his name. This orthographic licence was inspired, he says, by his discovery as a young man of the poetry of e. e. cummings, who was known to eschew writing conventions like punctuation and standard syntax. Certain Bauhaus prints also gave him encouragement. Then, a more pragmatic motivation added to these influences: “At a time when everyone wrote on typewriters, I told myself one day that if capital letters were no longer necessary, typewriters would be smaller and lighter, saving much of the metal used in manufacturing.” And, to conclude this mindful line of reasoning, alcides lanza is always pronounced the same way, with or without capital letters.

During his long career, in recognition of which he was made an Officer of the Order of Canada last year, Société de musique contemporaine du Québec has programmed his music four times including the premiere in 1975, by the piano duo Pierrette Lepage-Bruce Mather, of his piece plectros IV, for two pianos, a toy robot and tape, commissioned by SMCQ. 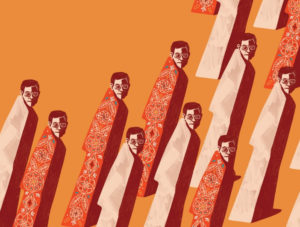 As part of the Katia Makdissi-Warren homage series, the SMCQ planned to celebrate the 90th birthday of the avant-garde composer, conductor, pianist and teacher with a concert, scheduled for May 2, that would celebrate the warm sonorities of South America with three works by the composer, arghanum V [1990-I], sensors IV [1983-V] et Piano Concerto [1993-I] and, at the opening, Makdissi-Warren’s Parade.

Then the coronavirus crisis struck.

Safely at home with his wife, the singer and actress Meg Sheppard (who also performs his music), lanza explains the logic behind the program: “A couple of years ago, Joseph Petric, the accordionist, had proposed to SMCQ to play my piece arghanum V. Boudreau decided to add two more pieces in order to celebrate my 90th. Of course, he was in close contact with me concerning repertoire and the performers needed. It was his idea to choose pieces with electronics considering how important mixed media has been for me.” In lanza’s view there is a link between Makdissi-Warren’s interest in world music and his own use of tango in many works – including arghanum V. 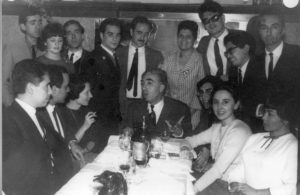 This composer from Argentina developed a love for the music of the Americas during his studies at CLAEM [Centro Latinoamericano de Altos Estudios Musicales] in Buenos Aires. It was at this time that he decided on a pan-American musical direction. While organizing concerts with his compatriots Armando Krieger and Gerardo Gandini, colleagues from elsewhere in Latin America criticized them for not playing music from other countries. “It was a real lesson,” lanza said. “From that moment on I changed my programs so they would reflect my devotion to promoting the music of the Americas, all three of them, South, Central and North.” 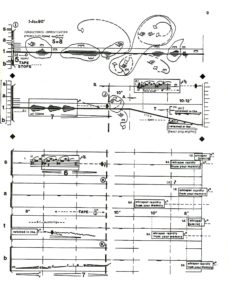 His interest in music from different cultures extends to different languages. As he observes: “We live in a multilingual society (Montreal is the perfect example of that) so it is natural for me to have created or chosen texts to be used fragmentarily or in full in Spanish, English, French, Portuguese, Italian and imaginary, invented languages.” This last point was to be illustrated by his piece sensors IV, for choir and magnetic tape, which the SMCQ had also programmed for the May 2 concert.

Citing the influence of composers like John Cage and Earle Brown, and particularly the visual aspect of their scores, lanza explains his musical approach: “My interest is in using clusters and cluster glissandi, a touch of microtonal music and my interest in aleatoric music, complexity and graphic music. Some of my pieces deal with human situations, like un mundo imaginario, or social, human, historical phenomena as I did in ekphonesis IV [based on Picasso’s Guernica]and vôo [about the first trip of Columbus seen from three different perspectives].

In 1965, lanza travelled to New York and the Columbia-Princeton Electronic Music Center, where he studied with Vladimir Ussachevsky, who became his mentor. It was at this time that he furthered his explorations of electronic music: “I always was interested in modifying sounds, trying to get something ‘more’ than what regular note writing on paper could offer. Hence my interest in graphic music, improvisation, noise and tape recorders. I was already using those tools even before my time at the CLAEM. I had always asked my piano teachers if there were some other sounds ‘between’ one note on the keyboard and the next one. They could not answer. However, via tape recorders, speed changes and working with filters, I began to get an answer to those questions. Each note on the piano was rich in harmonics − a universe of sounds at my fingertips!”

In October 1970, after his success at the Festival of the Americas and Spain III in Madrid, where he conducted the ALEA Ensemble in an ambitious program including works by Latin American composers (Edgar Valcárcel, Alfredo del Mónaco and Gilberto Mendes, among others) and John Cage’s Atlas Eclipticalis, Montreal composer Bruce Mather suggested that he apply for a position at the Faculty of Music at McGill, which was looking for a composer of distinction to teach composition and electronic music. Thus began the Montreal adventure of alcides lanza.

He was the director of the McGill Electronic Music Studio from 1974 to 2004 (he is now the Director Emeritus), where he founded, in collaboration with student composers John Oliver and Claude Schryer, the independent group GEMS (Group of the Electronic Music Studio) dedicated to the promotion of electronic music and mixed media. “[The group] did several concerts each season over a span of 20 years. GEMS recorded an LP disc and several compact discs, documenting in this manner a very important Canadian repertory not otherwise preserved.”

Heritage of the greats

Now retired, lanza is busy compiling and revising his articles, analyses, compositions and other works. He still plays piano at home for pleasure and considers himself lucky – even though he still listens to contemporary repertoire – to play the great composers who paved the way for the exploration of sound, rhythm and harmony.

“What a wonderful world of sounds, rhythmical and harmonic exploration, how many stories are told by those pieces. I consider myself lucky that I have been able to play those piano pieces in concert and now at home.

“Besides, when I think that Bach had to earn enough to sustain his more than 20 children; that Mozart never got any paid position or appointment and died so young; that Beethoven was totally deaf for most of his life and Schumann a demented man for the last decade of his life…then again I say, wow, what a legacy!”