You are at:Home»Classical Music»Vocal»Art Song»Le Chimera Project Winterreise at domaine forget : A Winter journey in Summer 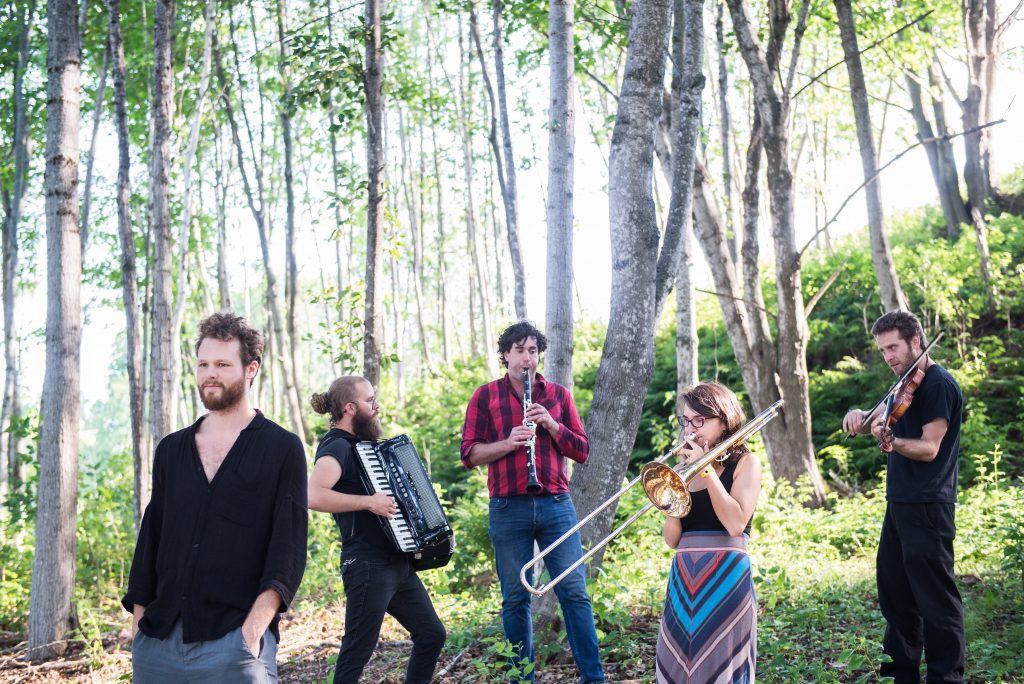 The band was formed about two years ago. Sly was inspired after hearing Samuel Carrier and Félix de l’Étoile perform one piece from Winterreise in an informal setting. He was also fascinated by the theme of an errant traveling artist, which relates both to klezmer music and Winterreise.

From the music point of view, they exerted most of their arrangement efforts in reducing the material to what is absolute essential about the piece, rather than adding or changing anything. Seldom more than three instruments are played simultaneously, giving a more homophonic texture; this could theoretically symbolize the narrative of the main character walking alone through the cold winter. This procedure also allows the listener to be aware of the underlying melodies in the work that can be imperceptive otherwise when listening the original piano and voice arrangement.

A little word of caution when attending a performance of this show: One shouldn’t expect to hear Winterreise, but instead, one can assume to hear a piece on it’s own, as if it was a new creation inspired by the original. Also, although the piece has the instruments that characterize a klezmer music formation: clarinet, trombone, accordion and violin. It rarely had passages of typical Klezmer music. Don’t expect to be dancing or tapping your feet to the beat.

This world premiere presented also many innovations. For example it was staged and acted. Stage director Roy Rallo managed to create fluid interaction between the musicians and the main character, which was played by Phillippe Sly. He also managed to create movement in a piece that traditionally is presented in a very static way. The musicians and the singer were always in constant motion, symbolizing the journey of the character throughout the winter. This relentless movement also created a sense that the music itself was in a traveling journey. Sometimes we would hear the clarinet coming from the left side of the stage only to hear it from the right in the next measure, just as we would hear sounds in the winter wilderness. 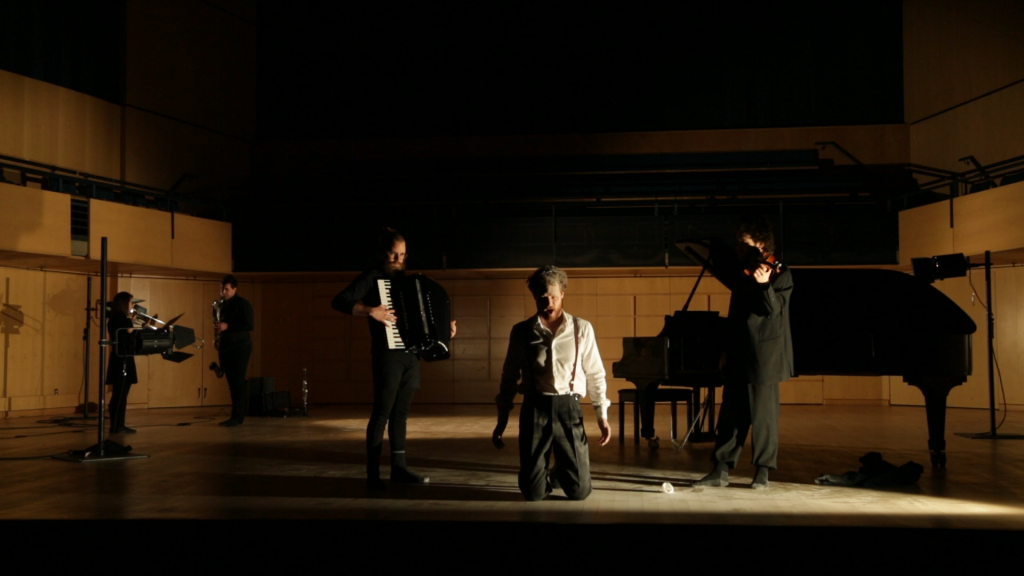 The lighting also played an important side to the show’s ecosystem. It emphasized the use of chiaroscuro (dark and light). It was also essential to know that it was controlled by the performers and it’s supposed to change from show to show.

The general feeling of the performance was one of coldness, loneliness and austerity. It was a performance that we could associate clearly with post-war modernism and not so evidently with the romanticism that composers such as Schubert represented. It reminded me why Winterreise was rejected and heavily criticized the first time Schubert played it to his contemporaries: It was too dark and lacking hope, it is the composition of a desperate composer who was probably on the verge of suicide. I feel Le Chimera Project understood how to express the sense of hopelessness and loneliness of the work.

Ironically, the highlight of the show was when they performed “Das Wirtshaus” (The Inn) in the original piano and voice arrangement. It felt like a breath of fresh air. As if the character came to a positive important resolution about his life. The idea of a positive resolution was reinforced later when the ensemble decided playing “Gute Nach” (good night) for the second time, in this occasion Phillippe Sly was singing and accompanying himself with a hurdy-gurdy. In the original score, the piece was written to be played just once at the beginning of the cycle with a singer; the ensemble did play it at the beginning, however they where placed backstage and there was no singing. By repeating “Gute Nach” to end the show Le Chimera Project unveiled a new sense to the lyrics, making them comforting, almost as if the musicians were saying politely to the audience: good night and sweet dreams, an audience that was rudely taken just an hour before into a cold winter journey during a warm summer night.