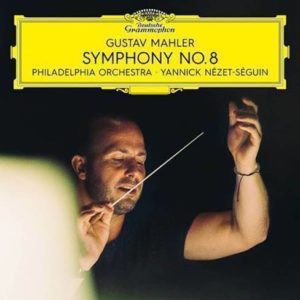 The largest symphony ever written, designed for the outdoors and knocked off in six summer weeks without revision, Mahler never expected to see the 8th performed. When an impresario booked it for Munich in 1910, the Symphony of 1,000 afforded Mahler the greatest triumph of his life. He did not conduct it again and both his close disciples, Bruno Walter and Otto Klemperer, shunned it.

Its gigantic size and cost make performances a rarity and good performances a dream. I can count the great ones I have heard in four decades on three fingers – Klaus Tennstedt in London, Riccardo Chailly in Leipzig, Andris Nelsons in Birmingham. The other half-dozen concerts I attended failed, due either to inadequate rehearsal, miscalculated balance, inferior soloists or – most common – insufficient immersion on the conductor’s part in Mahler’s mindworld.

Where Yannick Nézet-Séguin goes wrong in this often impressive Philadelphia concert is in his dramatisation of the work as a celebration of German and Catholic traditions. This might have worked if the composer was Bruckner, a naïve believer. But Mahler was a complex character who struggled with faith and identity. He refused the consolations of the Church on his deathbed and referred to himself often as a Jew. This work reflects his confusion and insecurity.

Yannick’s performance loses my attention three-quarters of the way through the Pentecost hymn in the first part, and seldom regains it during the scene from Goethe’s Faust that constitutes the second part. It’s fired up and finely played, but the vital Mahlerian tension is missing. Listen to Tennstedt and you’ll hear what I mean. Better still: listen to the orchestral interlude between the two halves and ask yourselves why, in this performance, it does not bridge the gap.